The Major General who commanded British forces in the Falklands War in 1982 has told how the Royal Marines need ‘someone who lives here’ for the role.

It comes after Prince William, 38, was reportedly invited to take on Prince Harry’s role Captain General of Royal Marines after the Duke of Sussex, 36, was stripped of military appointments after stepping back from royal duty, according to sources.

‘The Royal Marines have had sovereigns serving as Captains General since George V, but the royal link stretches back to James II,’ said Major General Julian Thompson, speaking to The Express.

‘In that regard, and for many other reasons too, the Duke of Cambridge would be perfect. The Royal Marines deserve someone who is an active participant for the role, someone who lives here. 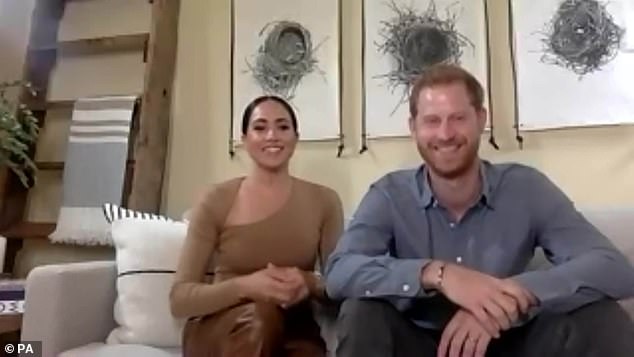 The Major General who commanded British forces in the Falklands War in 1982 has told how the Royal Marines need ‘someone who lives here’ for the role. Pictured, the Duke and Duchess of Sussex being interviewed from their Californian home by the Evening Standard 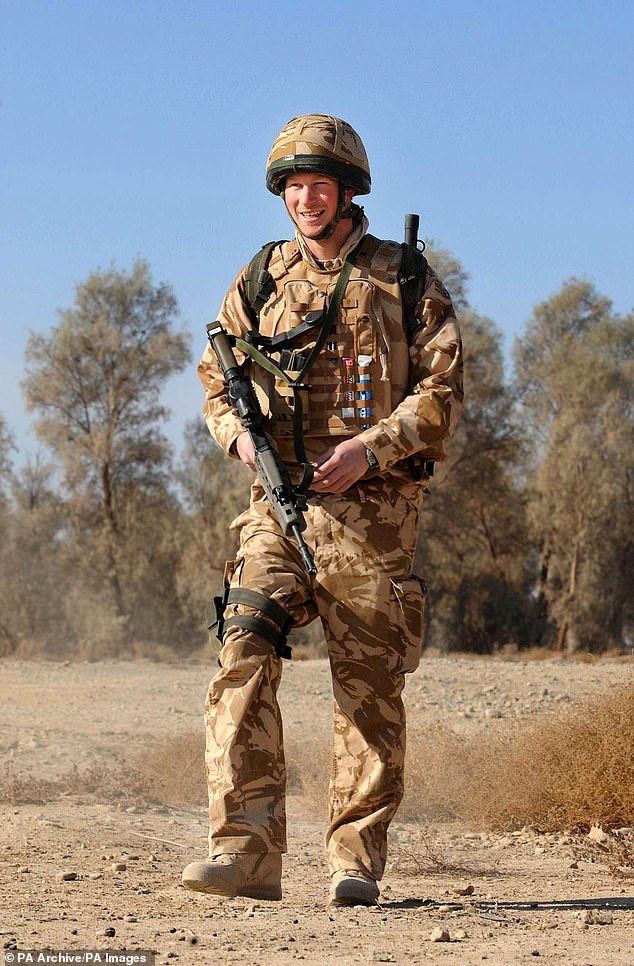 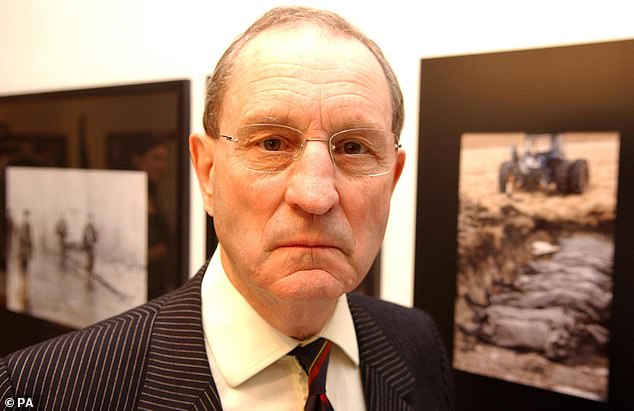 ‘The point is to have someone who understands us and protects us. It cannot be done by someone who has decided to make his life in Los Angeles. It matters.’

Former First Sea Lord Admiral Lord West also told the publication: ‘Prince William is a future king of this country and as such the Royal Marines would be very proud to have him in that role.’

Prince Harry entered into negotiations with the royal family after announcing his withdrawal as a senior royal in January, and was said to be ‘devastated’ by the agreement to give up his military honours, including the role of Captain General of Royal Marines.

However, sources claimed the Duke of Cambridge was ‘approached’ with the view of taking on the role, and was ‘keen’ to take up the appointment. 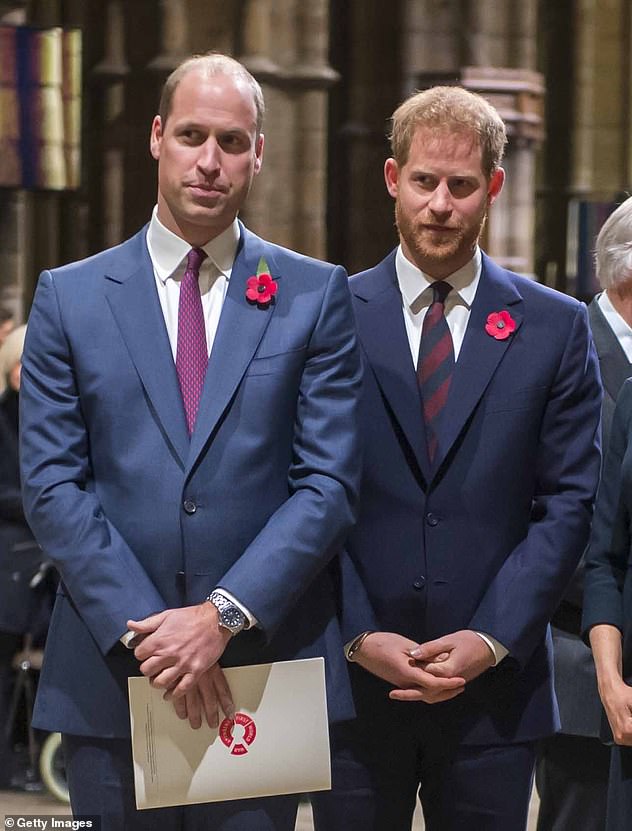 Sources previously claimed Prince William, 38, had been invited to take on Prince Harry’s, 36, role Captain General of Royal Marines after the Duke of Sussex was stripped of military appointments after stepping back from royal duty 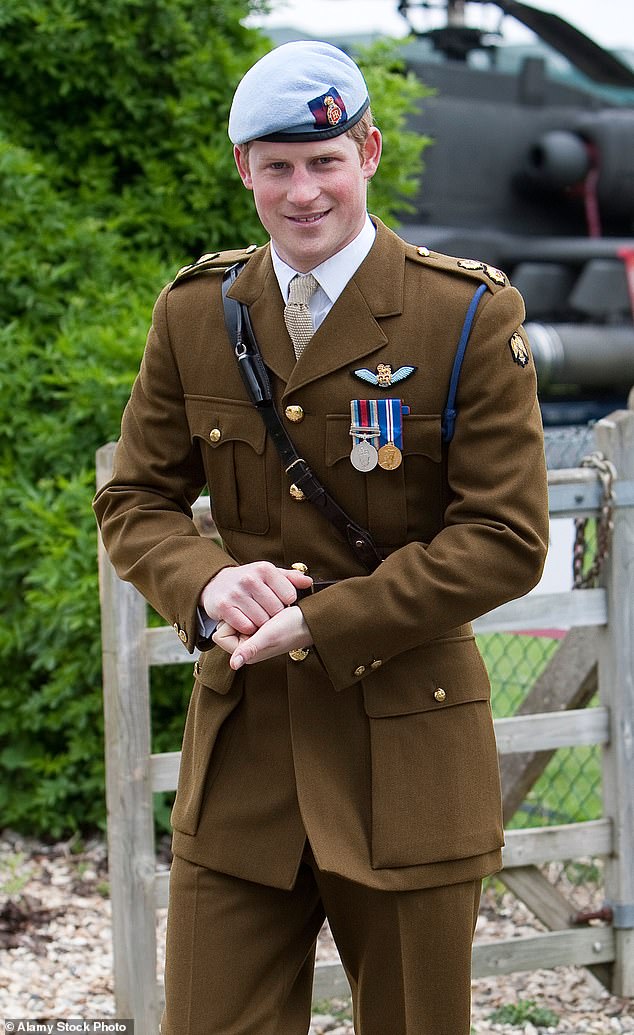 The role of Captain General of Royal Marines was Prince Harry’s highest profile military title (Seen: Prince Harry graduating from his military helicopter pilots course on the 7th of May 2010)

Insiders told the Express: ‘The decision has been made to invite Prince William to take over this important duty, largely on the basis that the Duke of Sussex has given no reason to believe that he will alter current arrangements.

Quite the opposite, in fact.’ The source revealed: ‘The Corps is, in effect, without a Captain General and we really must get on and fill this role.’

Prince Harry was handed the role by the Queen in December 2017, succeeding the Duke of Edinburgh, after a long military career.

The position was Prince Harry’s highest profile military title before he stepped back from official military appointments in March.

The duke ‘regretted’ having to stand down from his role in the military, and felt ‘forced into it’ after stepping down from royal duties, a source told The Sun at the time.

Speaking after the Mountbatten Festival of Music at London’s Royal Albert Hall in March, they revealed: ‘He told people he regretted having to stand down and pretty much said the decision had been forced on him.’

‘He was being apologetic and did not appear fully at ease. He is a genuine guy and you could see he was upset and emotional as this was one of the last times he would be in uniform among his men and women.’

During his speech at the festival, Harry said: ‘I am so proud to have served as the Royal Marines Captain and am devastated that I am having to step down.

‘I feel I’m letting people down, but I had no choice.’