Memories of the Queen Mother: Victorian cot, pram and highchair used by the late royal as a baby in the early 1900s are set to go under the hammer

A cot, pram and highchair thought to have been used by the Queen Mother as a baby have gone up for auction.

The items, which were made in the Victorian era, were kept in the nursery at St Paul’s Walden Bury in Hertfordshire, the country house owned by the parents of the then Elizabeth Bowes-Lyon.

After reportedly being used by the future wife King George VI in the early 1900s, they were gifted to butler Peter McRorie who used them for his own children.

They now belong to his daughter, Theatis Brett, 85, who has decided to sell the charming pieces after being used by her grandchildren as they are no longer needed.

Although she has no memory of her late father working as a butler, she said he spoke highly of his time at the palace. 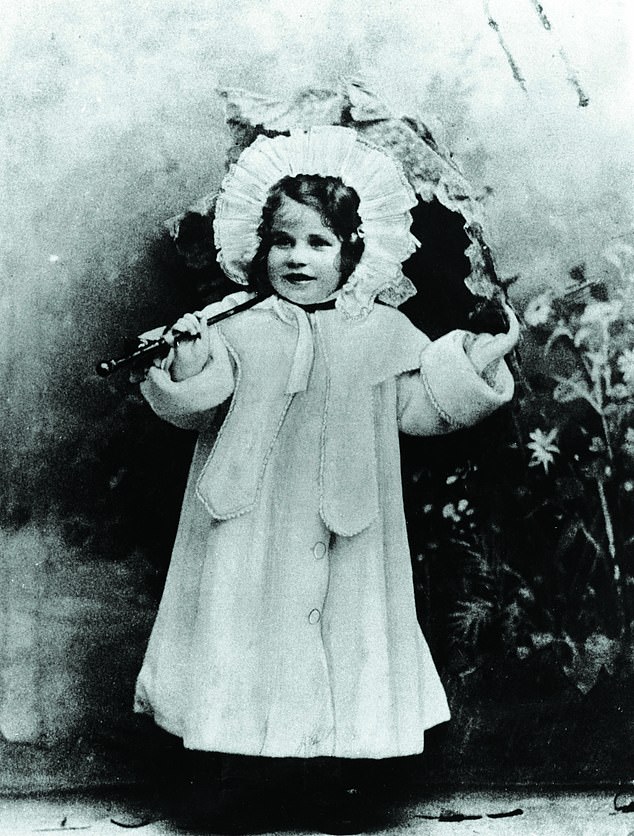 A cot, pram and highchair believed to have been used by the Queen Mother as a child, pictured aged two, have gone up for sale 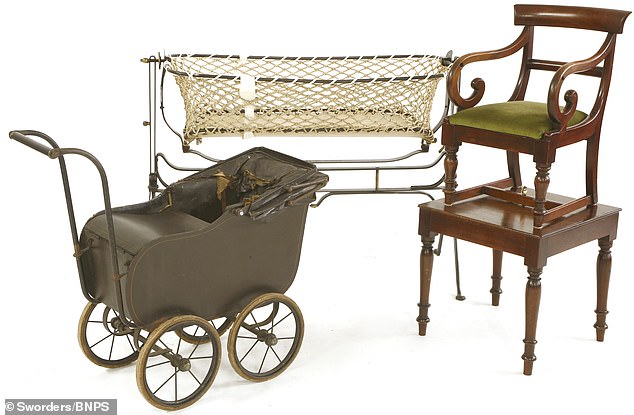 The Victorian pram, cot, table and highchair, pictured, were kept at the the nursery at St Paul’s Walden Bury in Hertfordshire, the country house owned by the parents of Elizabeth Bowes-Lyon 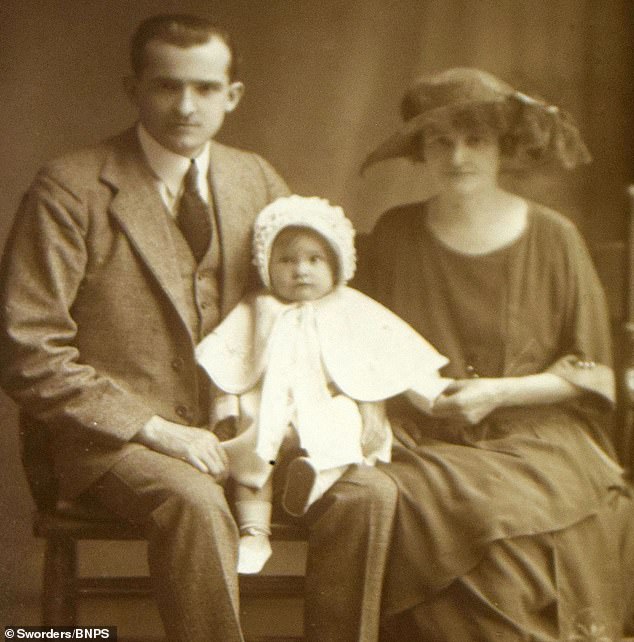 The pram, cot and highchair were gifted to butler Peter McRorie, pictured with his wife and first child, who passed them down through the generations

He also served when Princesses Elizabeth and Margaret were young children, describing them as ‘very friendly girls’. Princess Margaret would even sing him a song in return for a chocolate.

Mrs Brett said: ‘My father was a butler for the Royal Family which was an incredibly prestigious role.

‘I was actually born at St Paul’s Walden Bury myself but have no memory of living there.

‘The items were used by the royal children and when they outgrew them they were given to him.

‘Since then they have been passed down and used by every generation of our family but now the grandchildren are grown up, we have no one to use them.’ 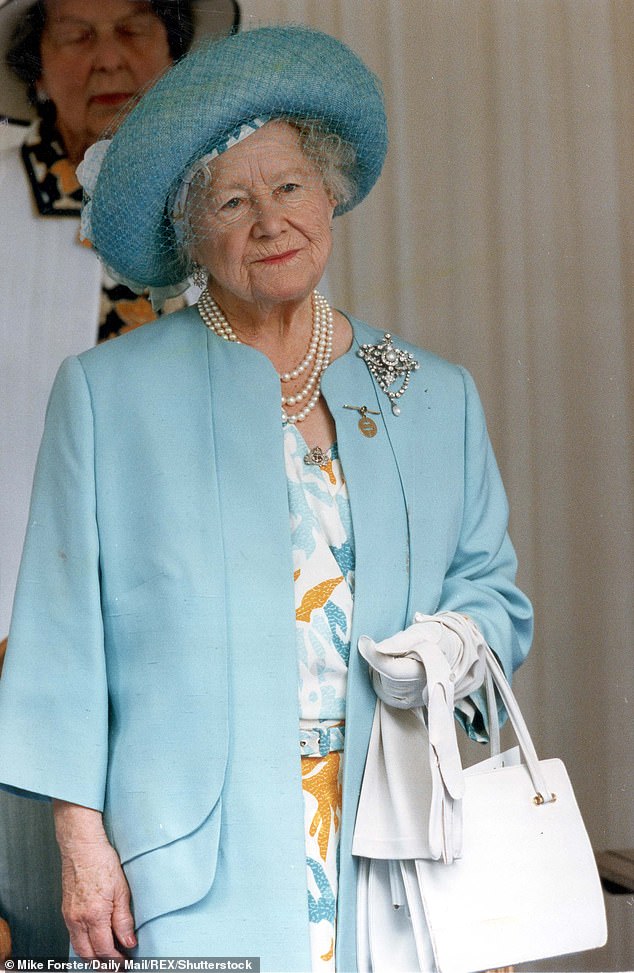 The pram, cot and highchair were reportedly used the future wife King George VI, pictured in 1993, in the early 1900s 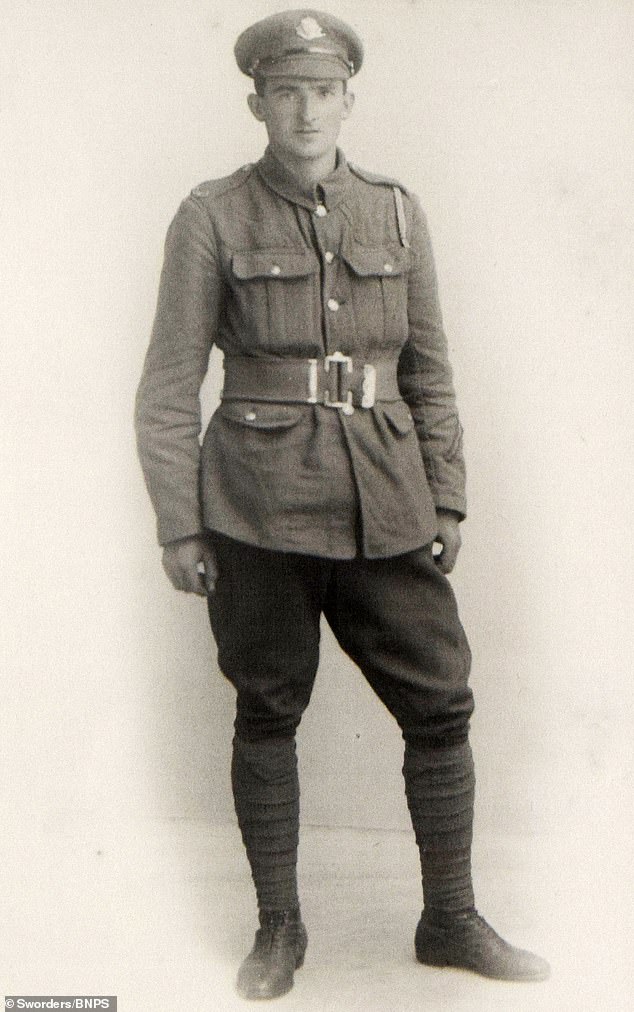 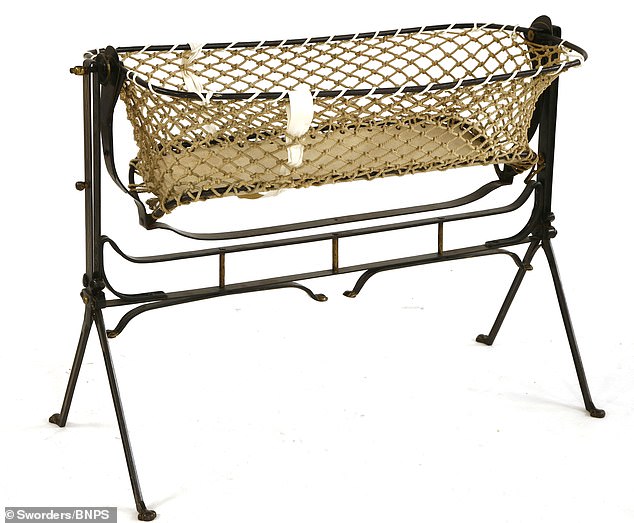 His daughter, Theatis Brett, 85, is selling the charming pieces as the family no longer have any use for them

Auctioneers Sworders of Stansted, Essex, say the childhood items have been well looked after and they are expecting them to perform well when they go under the hammer.

Emma McCann, a spokeswoman for the auction house, said: ‘They are all in really nice condition and have a fantastic story with them.

‘They were gifted to Mr McRorie while he was serving the royal family as a butler and he used it for his own children.

‘Anything to do with the royals will always have appeal, and as quite niche items, we’d expect them to go to some sort of collector of memorabilia.’

Mr McRorie served the Royal Family for several years and died in 1935.

They are tipped to sell for a total of £400 on Tuesday. 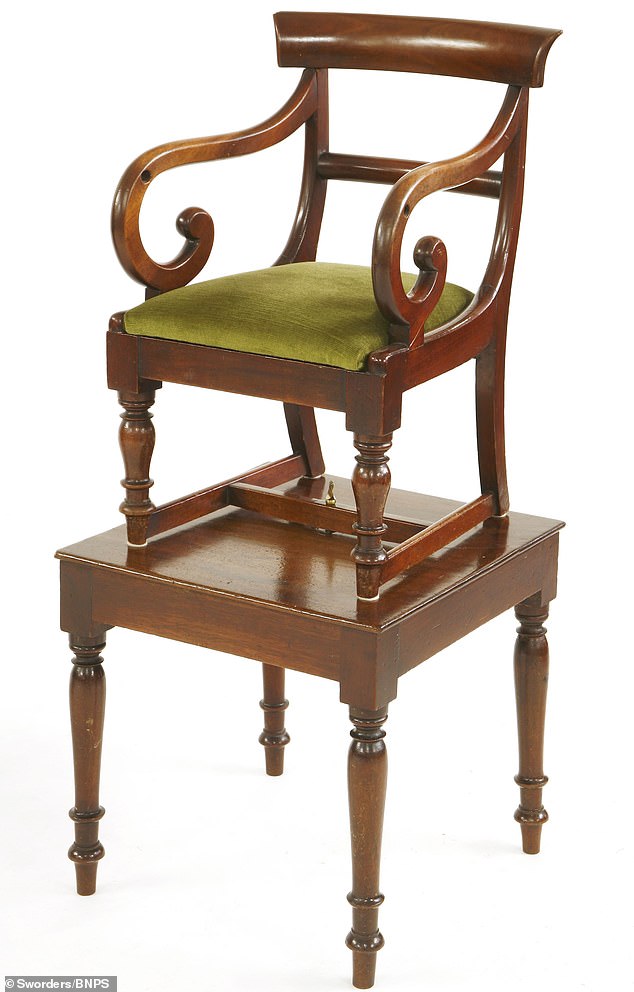