It’s one of the most famous openings in literature, Anna Karenina’s “All happy families are alike, but every unhappy family is unhappy in its own way” – though surely even famous vegetarian Leo Tolstoy would have choked on his omelette had he come across the misdeeds of the Maxwells.

For they were not just an unhappy family, but a staggeringly awful one. And while the Maxwells are most recently best known for the links between youngest daughter Ghislaine, who was convicted on child sex-trafficking charges last year, and dead paedophile Jeffrey Epstein, their infamy stretches back 50 years. 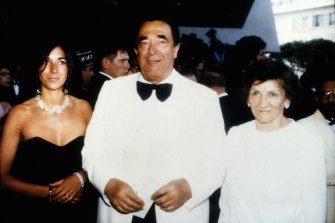 Ghislaine Maxwell with her parents, Robert and Elisabeth, at the Cannes Film Festival in 1987.Credit:Getty

Like stepping mud through a house, this three-part documentary tracks it all back to the family patriarch Robert Maxwell, a former British MP and war hero, who bought the Mirror Group Newspapers in 1984 and then proceeded to steal from its pension funds to cover mounting debt. It was only after his death in 1991 that the full extent of his illegal activities became known. Two of his sons, Ian and Kevin, were then charged with, and later acquitted of, a conspiracy to defraud millions.

If you get past the truly irritating opening 10 minutes that focuses on a US true-crime podcaster, this is a compelling yet slightly ghoulish look at the family, filled with talking heads of those who were there – from a company secretary who read notes plucked from a bin, to an antiques dealer who found hidden microphones in a lamp bought at a Maxwell fire sale, to the friend Maxwell hired to write a song for Epstein’s 40th (she requested it included a line about Epstein’s 24-hour erection), to a crisis manager called in by Epstein after his first conviction over child prostitution. 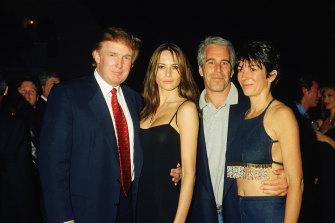 Crucially, it also includes the experiences of one of Epstein and Maxwell’s many victims, Juliette Bryant. Her story is tough to listen to, but then again it probably should be.

Throughout the documentary, Maxwell remains an almost unknowable figure: there’s no real confirmation as to how she met Epstein and only pop psychology guesses as to why she stayed with him (was it money, power, daddy issues?). We only hear her in early interviews she gave after her father’s death and after she moved to New York to start a new life. There are plenty of party photos of her but nothing recent, just the sepia-toned court sketches.

What struck me most about The House of Maxwell, though, is why hasn’t this been turned into a glossy HBO drama? It’s Succession on steroids – a media empire, billions at stake, a controlling father, sons battling for station and a daughter who doesn’t see the ordinary people struggling beneath her.

Sure, the Roys of Succession are an altogether more financially successful family but, like the Maxwells, they have disdain for the “normals” around them.

In Succession, Shiv always looked down at her husband Tom, a “normal” from a midwestern family, and because of this, never treated him with respect and never saw him coming when he sided with her father Logan Roy to rip the company out from under her.

The same goes for Maxwell – she never saw the vulnerable women she trafficked as anything other than a means to an end: they kept Epstein happy and she, in turn, was kept in the manner to which she’d become accustomed.

Maxwell’s claims she didn’t know what was happening are pure privilege, pure Shiv, and the key to her downfall: she didn’t see those young women coming, didn’t see them because they were beneath her.