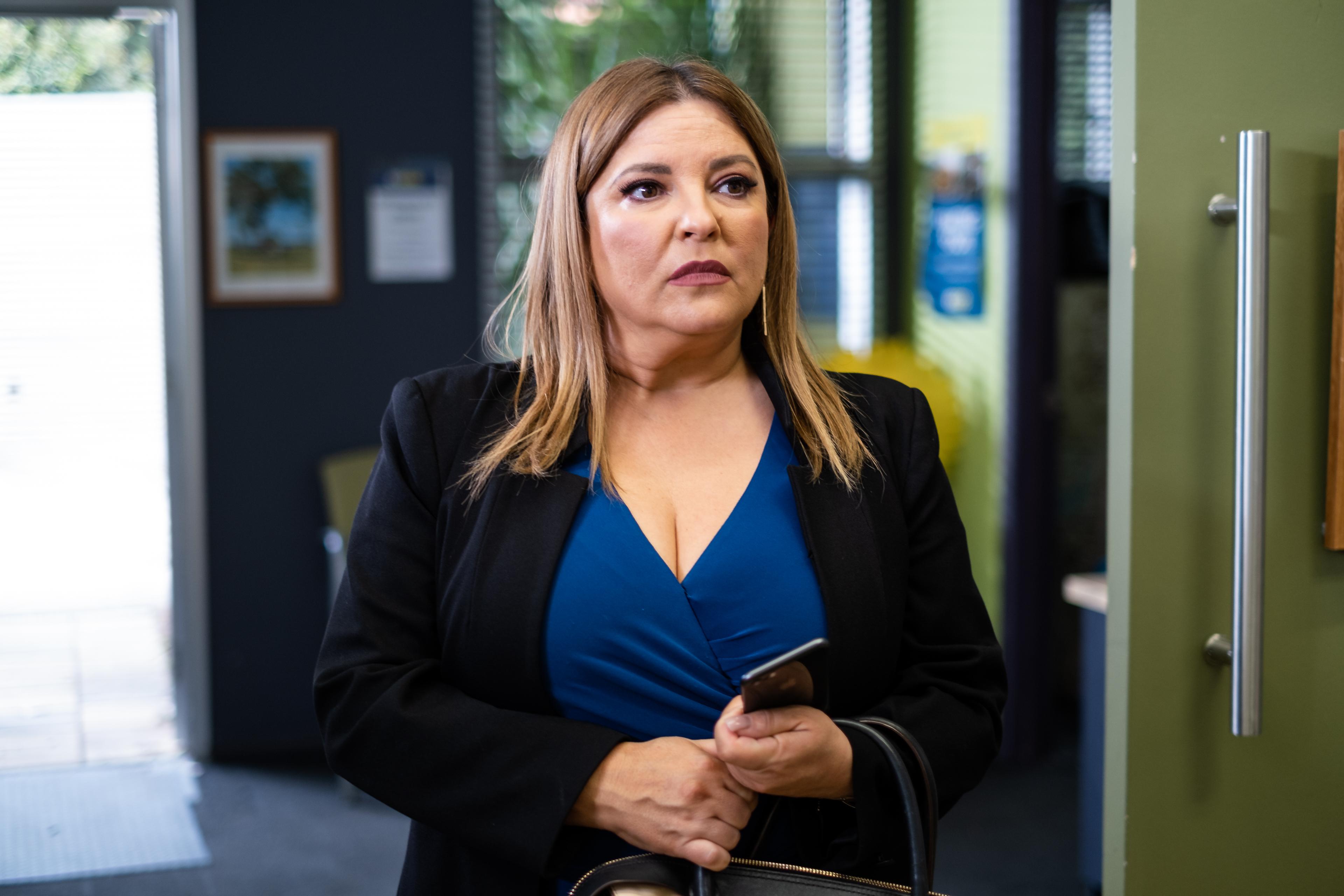 The end of an era is in sight as Neighbours prepares for a final week of broadcasting. However, star of the Aussie soap Rebekah Elmaloglou isn’t ready to hang up her soap shoes yet.

Speaking to Inside Soap, the actress, who plays Terese Willis, expressed her eagerness to join a UK based soap.

‘They’ve got some soaps in England, so to me they’ve got a huge, popular idea, massive,’ she said. ‘Go and work on a soap in the UK, why not?’

She also praised the UK for our ‘cop’ shows, explaining that she and her husband are addicted to Happy Valley, starring Sarah Lancashire. Angling for a role alongside the ex-Coronation Street actress, Rebekah said, ‘I’d love to play a detective or a cop in one of those types of shows’.

In the meantime, Rebekah’s character Terese can still be seen in Erinsborough until July 29th. She will be joined by the likes of Kylie Minogue and Jason Donovan, who are set to reprise their iconic roles for the show’s finale.

After this point, viewers tuning in to Channel 5 at the regular 6pm timeslot can expect to view Cash in the Attic. Fellow Australian soap Home and Away will shift back half an hour to fill Neighbours’ 1:45pm slot.

Recently, the boss of Channel 5 admitted why he decided to axe the popular Australian soap.

When asked if continuing to make the show for a UK audience was a possibility, Frow has revealed that it was, but went on to say that he decided to spend the money on ‘UK shows’, which he claims is a better use of the funds.

‘Or I could spend the money on other things, which is what I decided to do’, he told Radio Times. ‘I can better spend the Neighbours money on UK shows.’

Channel 5 controversially decided to drop Neighbours, a staple of the daytime TV schedule in the UK for 37 years, in favour of ‘original UK drama’, which the broadcaster claims has a ‘strong appeal’ for audiences.