Best star snaps of the week: The famous have fun with their families

Reese Witherspoon loves being a mom. What, like it’s hard?

The 45-year-old mother of three shared a new photo of herself and her two oldest kids, Ava and Deacon Phillippe, to do some humble bragging about their relationship.

“Gosh, I’m lucky to be their mom,” the Draper James founder captioned the photo.

Both kids — Deacon, 17, and Ava, 21 — have captivated fans over the years due to the fact they are nearly identical to their parents. While Ava is the spitting image of her mother, Deacon looks more and more like his dad, actor Ryan Phillippe, as he gets older.

Just a few days earlier Witherspoon shared a different kind of photo with her two eldest kids, this time showing off their “goofy” side.

“Turns out… goofy is genetic 🧬!” Witherspoon captioned the photo, in which she appears to be laughing alongside Deacon as Ava jumps in the air.

In June, Ava shared a rare photo of her boyfriend, Owen Mahoney, on Instagram and fans were quick to flood her comments with comparisons of Owen and her dad.

Ava wasn’t thrilled about the comparisons, which is understandable, so when someone disagreed about their looks she responded, “Big thx.” 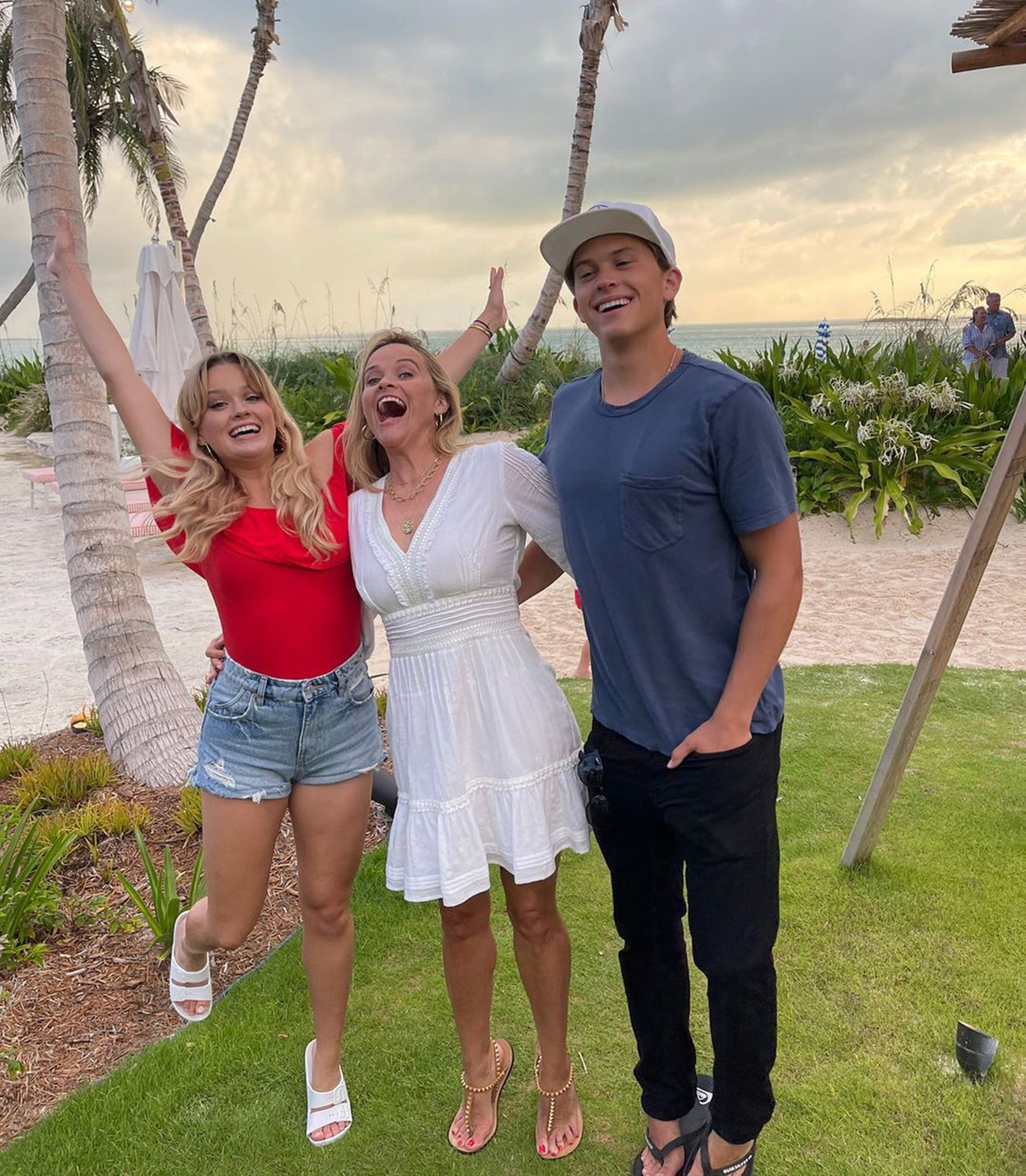 Reese opened up about how her high-profile divorce from Ava and Deacon’s father affected them as small children while speaking to Time magazine in April.

“My children will tell you stories about being in preschool and people climbing on the roofs of our cars,” the mother of three shared.

Witherspoon and Phillippe were married for eight years before they divorced in 2007. The actress later married Jim Toth in 2011 and the two share 8-year-old son Tennessee James Toth.