‘RHOA’ star Kenya Moore is feeling better than ever after starting to lose some of the weight she gained while in quarantine but she’s not stressing over the scale.

Kenya Moore is “feeling confident” after she recently admitted to losing seven pounds of quarantine weight. The Real Housewives of Atlanta star took to Instagram on Nov. 14 to share a new snapshot of herself looking fit and trim! A source close to the 49-year-old Bravo star spoke EXCLUSIVELY with HollywoodLife and revealed how Kenya feels since shedding the pounds.

“Kenya is feeling confident but she’s not done losing weight,” the pal said. “She’s just been doing it the old fashion way with diet and exercise but she doesn’t go crazy with it. She fits it in where she can because she’s constantly filming and has Brooklyn [Daly] all of the time. She gained weight during quarantine slowly and then once filming started she decided it was time to lose it. She’s not putting a lot of pressure on herself and goes up and down a lot like most people. She hides it easily when she’s up in weight because she’s so tall, but she’s a really confident and happy person regardless of her size.”

Kenya looked stunning in the Instagram photo she shared with her 2 million followers. She wore a pair of white overalls while standing alongside her cousin, Chef Che Moore, who she thanked for helping with the “food and decor” for her two-year-old daughter Brooklyn‘s recent birthday.

The reality star took to Instagram one month earlier on Oct. 3 and opened up about her health journey, after revealing she gained 25 pounds while in quarantine. Kenya detailed her diet and exercise routine that helped her lose the weight she put on during lockdown. She revealed the details in the caption for an incredible pic of herself wearing a black catsuit. “#177 [pounds] from #184 [pounds] week 2,” she wrote. “How? More veggies less sugar, Did 2 spin classes at 30 mins, Drank more water.” 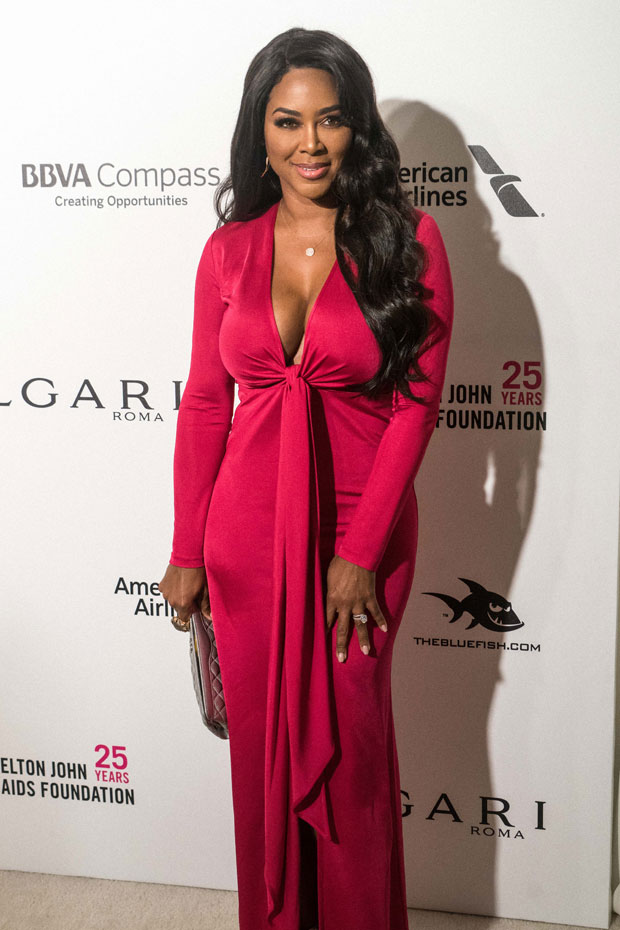 A month before that photo, she detailed her weight gain in a post. “183 lbs!!! The Quarantine has added 25lbs to my 5’10” frame. I don’t mind if you don’t mind #lovetheskinyourein,” she wrote. Two weeks later, she shared a pic of herself showing off a leopard print bikini and looking flawlessly confident. “I’m not complaining,” she appropriately captioned the pic.