Dorinda Medley on Erika Jayne dating rumors: ‘How is this possible’

Jill Zarin says Bethenny Frankel was a ‘nobody’ when ‘RHONY’ started

Josh Flagg: I was kidding about putting a cigarette in Sonja Morgan’s vagina

The “Real Housewives of New York City” Season 13 reunion was canceled following an investigation into Ramona Singer’s allegedly racist behavior, according to a new report.

The probe was launched after Eboni K. Williams filed a complaint over a racially insensitive comment that Singer, 64, allegedly made to her, multiple sources told TMZ Friday.

It is unclear what the remark was, but Williams, 38, reportedly came forward after she learned a crew member had made a similar complaint against Singer.

During the investigation, cast and production crew were interviewed, and Singer was ultimately actually cleared of any wrongdoing, according to the site.

However, since the probe caused production delays, Bravo reportedly felt it was “too late” to film a reunion for an “already low-rated season.” A source told TMZ, “There were concerns about who would tune in three months later.”

Bravo confirmed the Season 13 reunion was axed on Sept. 17. A network rep told Page Six at the time that the cancellation was due to “scheduling challenges.”

“It’s disappointing to not be able to bring the cast back together, but we are happy to have ended on such a high note with the finale, and are now shifting our focus to next season,” the spokesperson said in a statement.

An insider previously told us what TMZ’s sources reiterated Friday regarding concerns that too much time had passed between the Aug. 31 season finale and what would have been the date of the reunion’s taping.

“It would just be so long since the finale,” our source said. “[It] makes no sense to have a reunion two months later, so they understand that part, but they are disappointed.”

The cast, which consisted of Singer, Williams, Sonja Morgan, Leah McSweeney and Luann de Lesseps, “reluctantly understood” the decision, we were told. 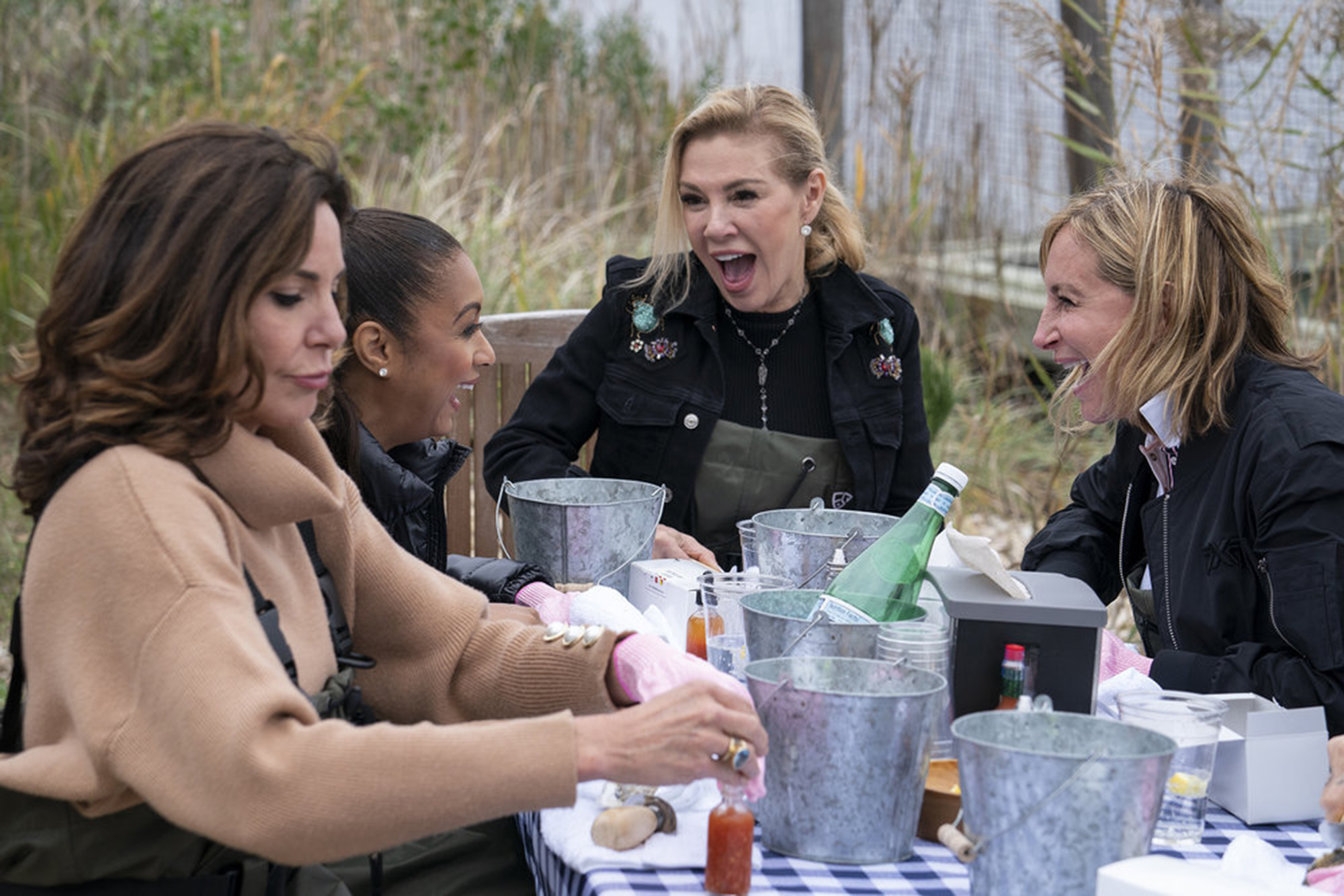 However, Williams recently admitted to TMZ that she was “disappointed” to not get a reunion for her first season.

“I’m not going to sugarcoat that,” she told the outlet. “I feel like not having a reunion was a missed opportunity. Every city of every season of every ‘Housewives’ show has had one, and I don’t think there’s any reason why ‘New York’ Season 13 should not have had one.”

The former Fox News co-host added, “All that means is that there is more unfinished business to pursue for Season 14, and I’m here for it.”

In an episode from Season 13, Singer said she didn’t understand how Williams — the show’s first black star — could talk about “suffering” since she is an attorney and successful media personality.

“But you’re living a great life, I don’t understand,” Singer said. “I want to live your life. … I want your life, bitch. It’s real good.”

They also got into a heated clash when Williams tried to talk politics as a means of trying to “connect” with her new pal.

A rep for Williams did not immediately return Page Six’s requests for comment. Bravo and Singer declined to comment.