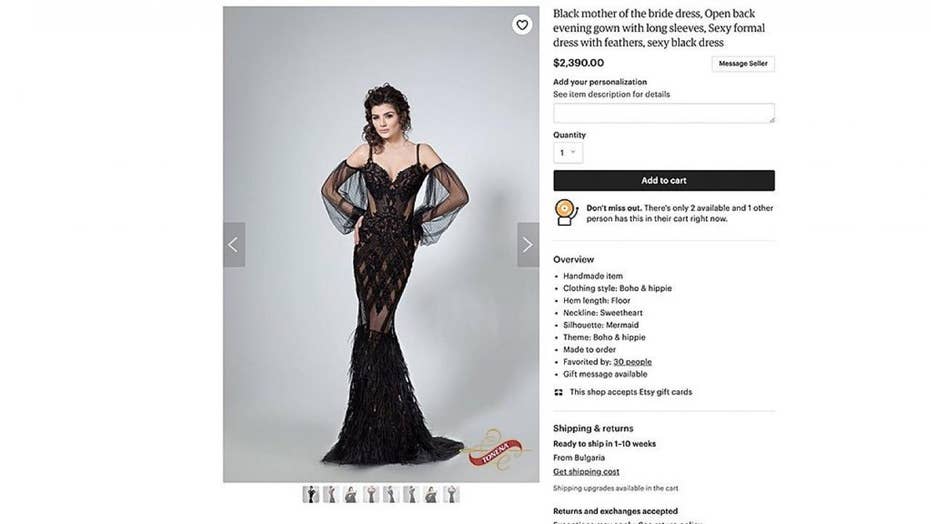 Risqué ‘mother of the bride’ dress goes viral on Twitter, gets mercilessly teased

A risqué mother of the bride dress is going viral after someone posted the interesting frock to Twitter.

A risqué mother of the bride dress is going viral after someone posted the interesting frock to Twitter.

“The pure awe I experienced when I saw this was labeled as ‘mother of the bride’ dress,” the tweet read, along with a picture of the revealing outfit.

The barely-there gown is completely backless with see-through mesh sleeves and cutouts throughout the skirt, which is lined with feathers, and shows the silhouette of the wearer’s legs.

Thousands of Twitter users responded, mostly joking about the suggestive “mother of the bride” look — which is sold on Etsy for $2,390 by user Tonena.

Some mothers even got in on the fun and announced they had sent pictures of the dress to their recently engaged daughters.

Though deemed appropriate only for Disney villains by many Twitter users, those who have ordered from the online bridal shop, Tonena, which sells other sexy dress options, have only kind words to say about their orders and have awarded the store with a five-star rating.