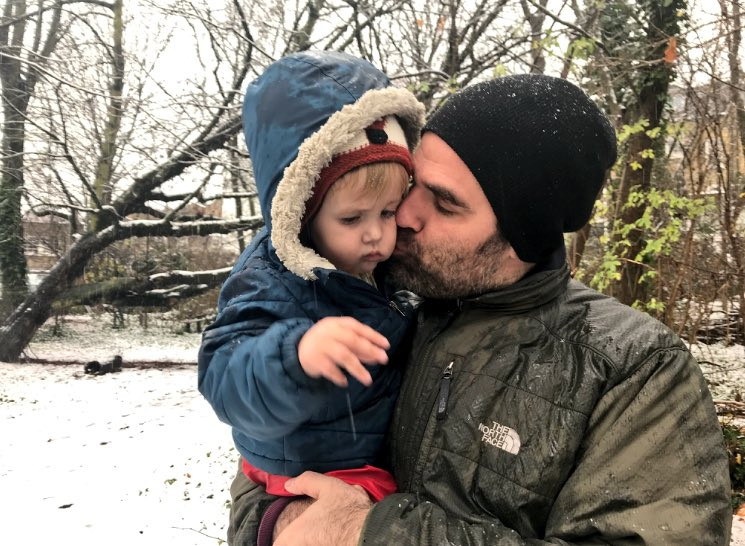 It’s been almost a year since the heartbreaking death of Rob Delaney‘s son, Henry.

In early Feb. 2018, the Catastrophe actor and writer took to Facebook to share with his fans, “I have very sad news. My two and a half year old son Henry has passed away. Henry had been diagnosed with a brain tumor in 2016, shortly after his first birthday, following persistent vomiting and weight loss. He had surgery to remove the tumor and further treatment through the early part of 2017. Then the cancer returned last autumn and he died in January.”

Tuesday marked the family’s first Christmas after Henry’s passing, and Rob took to Twitter the following day to reflect on the holiday without his son.

“Our first Christmas without Henry came & went. The day itself was okay, maybe because there were so many horrible, painful days leading up to it; we must have hit our quota or something,” Rob told his followers. “We talked about him a lot & included his memory throughout the day.”

“I speak publicly about Henry in an effort to destigmatize grief,” he continued. “My family is sad & in pain because our beautiful 2 yr old boy died after a long illness. Why wouldn’t we be sad? Why wouldn’t we be angry and confused?”

Rob went on to write, “Tweets like this aren’t therapeutic to me, nor are they ‘updates’. I just want other bereaved parents & siblings to feel seen/heard/respected/loved. And maybe they might help someone not schooled in grief support a friend better. I don’t know.”

At the end of June, Rob revealed that his wife Leah is pregnant.