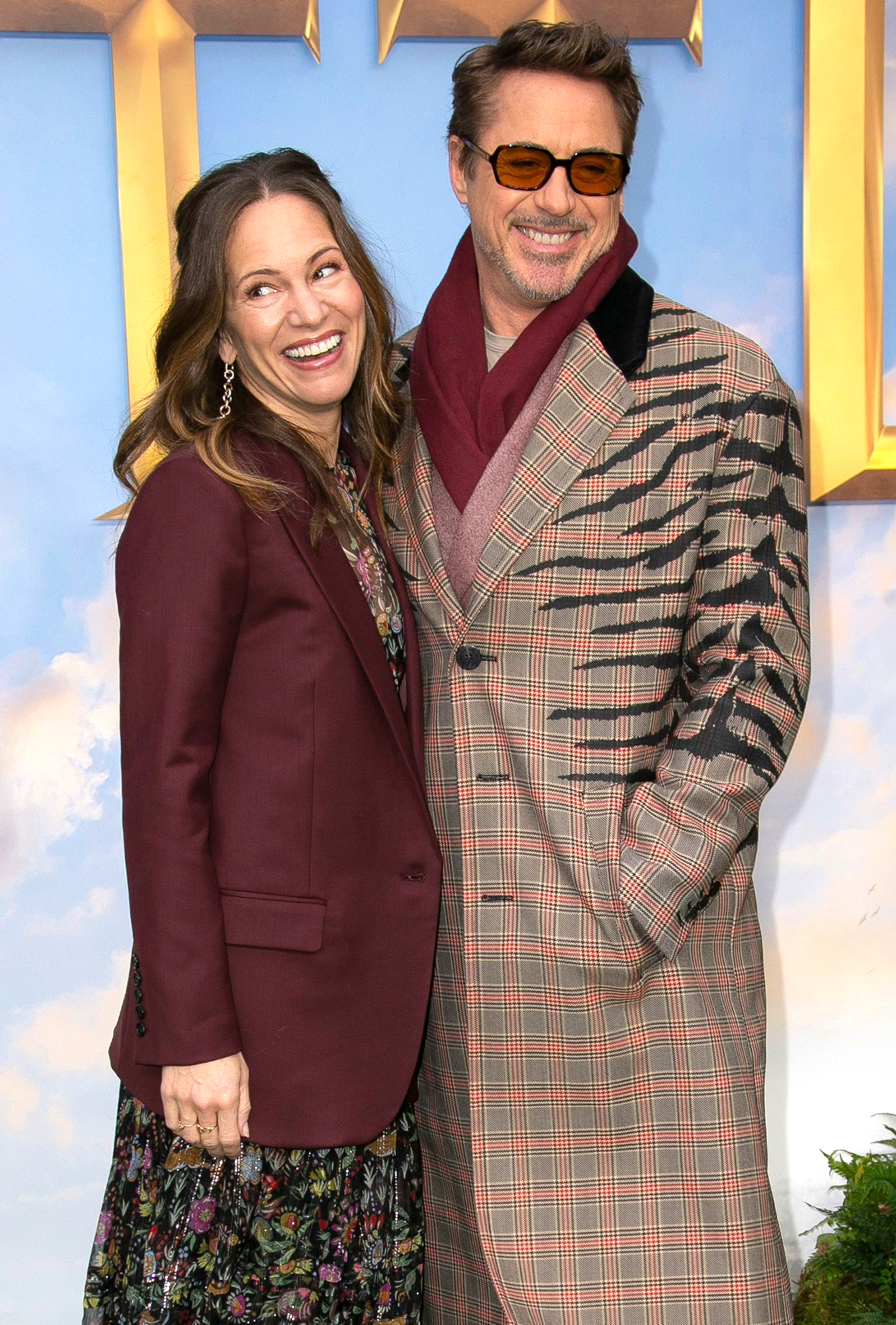 “Adjusting the halo on my heaven sent partner,” the Iron Man star, 56, tweeted on Saturday, November 6, alongside a snap of the married couple. “Mrs D … you are my everything, and November 6th, Always a day of gratitude, for your blessed birth.”

He then added a postscript in his message: “I will never watch ahead on a co-viewed streaming show … That is my eternal vow.”

Marvel Millions! How Much the Marvel Cast Gets Paid: Chris Evans, Scarlett Johansson and More

The Sherlock Holmes star previously confirmed in July 2014 that they were expecting their second child together, his third.

“Um. I don’t know if it’s a ‘man’s world,’ but I’m certain women run it,” he wrote via Facebook at the time. “Susan and I are therefore delighted to announce we are expecting a baby. Girl. November. rdj.”

Upon Avri’s birth that November, the accomplished actor couldn’t help but gush over his partner’s delivery and their new bundle of joy.

“After 9 months of intensive development, Team Downey is pleased to announce our 2014 fall/winter project,” he wrote via Facebook in November 2014. “Principal photography commenced 11-14 and will continue until she says, ‘Dad! You are embarrassing me…I’m 30, this has gotta stop.’ Yep… Avri Roel Downey joined the party @ 3:22 a.m. on November 4th… she’s 7lbs even, spans 20 inches, and is accompanied by a variety of Susan’s traits that have seemingly overwritten my ‘junk DNA.’ I’ll post pics here + there when I’m not too busy staring.”

Two years earlier, the pair welcomed son Exton, and the actor opened up about his desire to be a good father during an April 2012 interview with Esquire.

‘Avengers’ Stars: From Their First Red Carpet to Their Last: Pics

“Does any new parent, even if you’re not a first-time parent, ever really know what to do?” he told the outlet at the time, shortly after Exton was born. “Only thing you have to do, the only requirement, if you can hack it, is to not transfer your own discomfort in the moment to this fresh soul, right?… You got to be mindful.”

The couple initially met on a film set in 2003, and the Judge star attempted to ask out the producer three times before she eventually agreed.

“We were up in Montreal prepping for Gothika, and we had lunch with the director and Halle Berry,” Susan recalled her first impression of the actor to the Hollywood Reporter in October 2014. “Everybody else ordered Japanese, but Robert told us how oatmeal was the ‘superfood.’ He brought his own packets of oatmeal to have at lunch. And he had this box of various herbs and stuff. And then he started doing these yoga moves. I mean, he was interesting but weird.”