Jane Austen’s unfinished novel Sanditon is brought to life in a new eight-part series for ITV and Masterpiece.

Starring Rose Williams, 25, as Charlotte Heywood, the programme follows the 19th Century love story of an unconventional and spirited woman who swaps her comfortable hometown for the intrigue of a seaside resort.

The captivating drama adapted by Emmy and BAFTA-winning screenwriter Andrew Davies, who is best known for Les Misérables and Pride and Prejudice, is based on Jane Austen’s 11-chapter novel Sanditon.

‘These seaside resorts can be odd places. No one quite knows who anyone else is, where they, come from, what they’re up to. 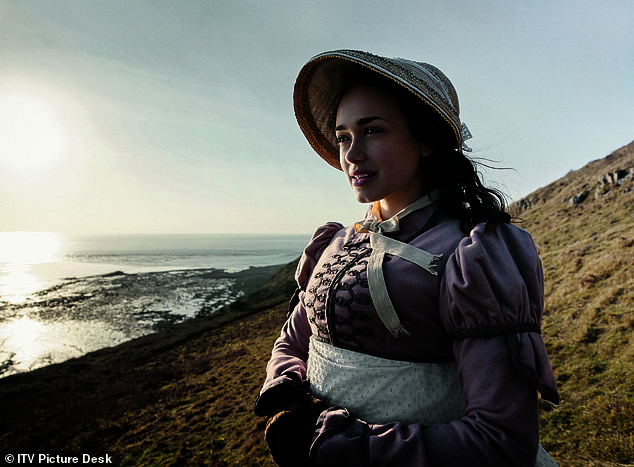 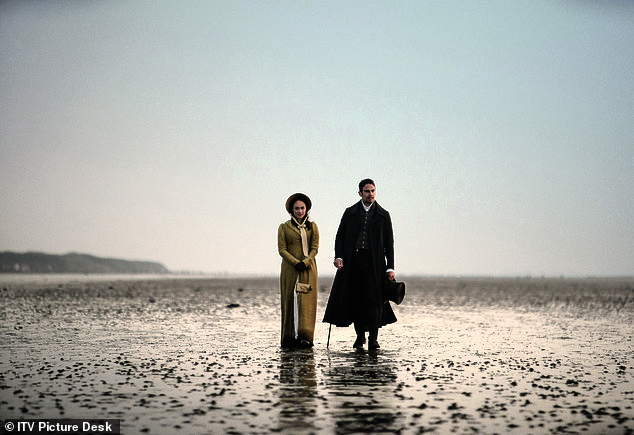 Airing on ITV, Sanditon follows Charlotte after she swaps her rural hometown of Willingden for the seaside resort. Pictured, Rose Williams alongside Theo James as Sidney Parker

Sanditon sees Charlotte embark on a spiky relationship with the charming Sidney Parker, who is portrayed by Theo James.

Charlotte has a chance accident that transports her from her rural hometown of Willingden to the would-be coastal resort of the eponymous title.

The naive lead is introduced to the intrigues and dalliances of a seaside town on the make, and the characters whose fortunes depend on its commercial success.

Filmed across Bristol and Somerset, ITV’s Sanditon is filled with twists and turns of the plot, which takes viewers from the West Indies to the rotting alleys of London, exposing the hidden agendas of each character while Charlotte discovers herself and finds love.

The all-star cast also includes Anne Reid from Last Tango in Halifax and Kris Marshall, who starred in Death in Paradise and Love Actually. 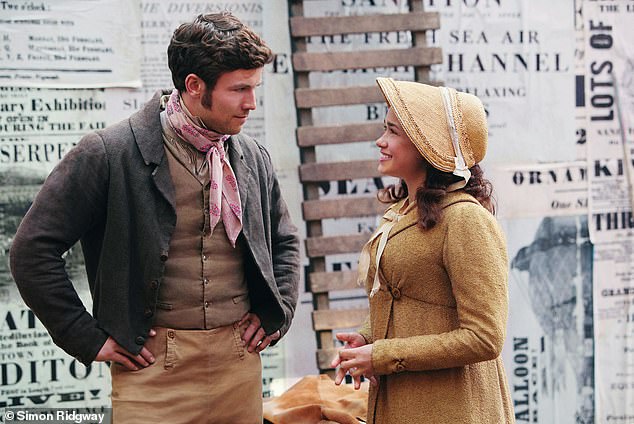 Jane Austen’s unfinished Sanditon novel was written just months before her death in 1817, and consisted of 11-chapters 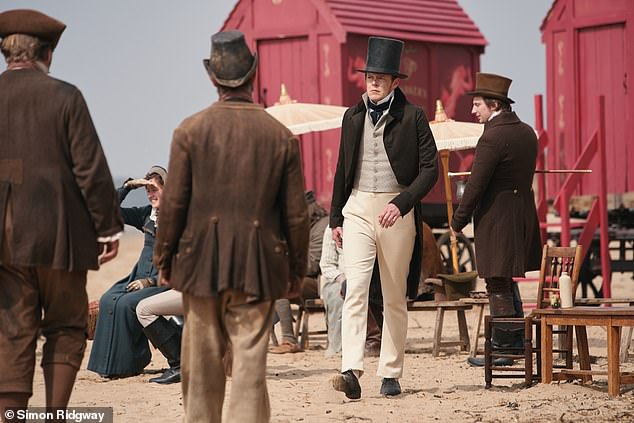 The series, which features a number of risque scenes, features Kris Marshall (pictured) of Love Actually and Anne Reid from Last Tango in Halifax

Jane Austen’s Sanditon was written just months before her death in 1817.

Andrew Davies told the BBC that he sought to make the series more risque and that ‘sexing it up comes fairly naturally’.

‘If it’s not there, I think ‘let’s put some in, I like to write it and I like to watch it,’ he said, explaining how the adaptation challenges convention.

In between fast cuts of parties, fist fights and flirting, Charlotte is told that she’ll come to regret stepping foot in Sanditon.

The free spirited woman also leaves a lunch party speechless after revealing that she isn’t focused on getting married.

‘Jane Austen never married and her commentary on marriage and the ridiculous pressure of marrying for monetary reason is her legacy, so be able to play an Austen lead that isn’t after a man is just the best,’ Rose said to Good Housekeeping.

Sanditon is set to air on ITV 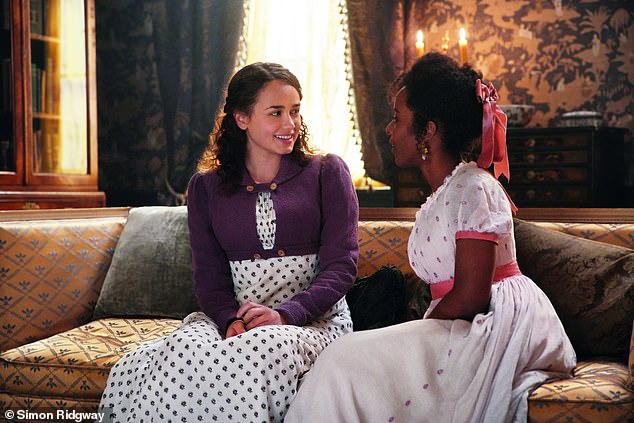