Only one episode into the CW’s Roswell reboot, Roswell, New Mexico, we’ve already been thrust headfirst into the extraterrestrial world of Max, Isobel, and Michael. They may look like regular people, but as any fan of the original series knows, they’re actually aliens with superpowers. And this early on, it doesn’t seem like they’ve even come close to showing what they might be capable of.

During an interview with Syfy, Nathan Dean Parsons, who plays Max, explained that his character has had to spend his entire life hiding what he’s capable of. "We have abilities that we can’t really explain, so we spend our life trying to hide those and really fly under the radar so that, you know, we’re not exposed as this ‘Oh my God, there’s this alien threat,’" he said. "We’re just people — trust us! We come in peace."

That means they likely try to use their powers sparingly — at least, in public — so it could be some time before we see the full extent of them. That being said, we have seen quite a bit already. Here’s what we knows so far.

Max’s key superpower is a pivotal moment in the beginning of the series, not just in the 2019 pilot but in the previous versions as well. Max saves Liz after she’s been fatally shot, drawing the bullet out of her and bringing her back to life, confused and disoriented but physically unharmed.

"The benefits to having an alien boyfriend, we find out quickly in the pilot, is that when you’re shot he saves you. He brings you back to life," Jeanine Mason, who plays protagonist Liz Ortecho, joked during an interview with Entertainment Weekly. 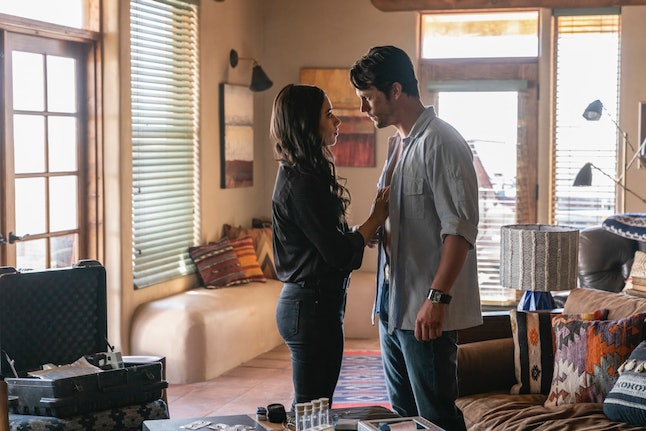 Rescuing Liz isn’t completely without side effects, however, as it leaves Max’s glowing handprint lingering on her chest. Through this handprint, the two are able to have a temporary psychic connection, meaning that Liz can have some understanding of Max’s thoughts, memories, and feelings — including the love he has for her.

Now that Liz knows Max is an alien, it could help them to keep one another safe — or wind up leading them into harm’s way. 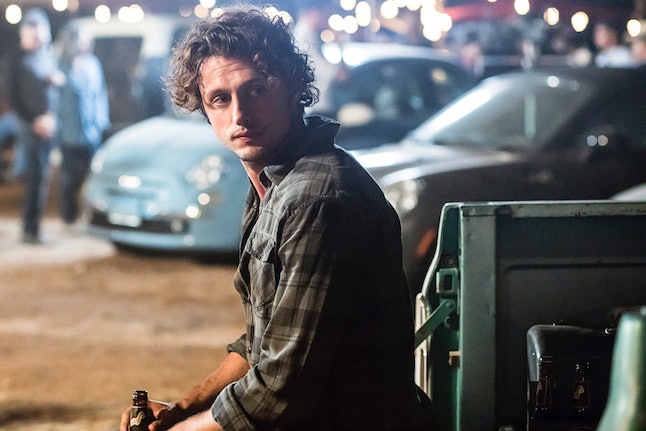 While the aliens’ connection to electricity hasn’t been fully explained yet, they’re clearly able to manipulate it in some way. "We establish pretty quickly that Max has this effect on electricity around him. So when he’s feeling overwhelmed, whether it’s angry or particularly turned on, everything around him starts to flicker," Mason explained of the power in the same Entertainment Weekly interview.

In addition to resurrection, psychic connection, and electrical control, the aliens have also demonstrated powers such as telekinesis and super strength. It’s not entirely clear if they all share the same powers or if they have abilities unique to them, but there’s no doubt that more powers will be revealed as the story progresses. And since it’s clear that more than a few Roswell residents have it out for them, they’re going to need all the power they can get.