Lady Gabriella Windsor will exchange vows with financier Thomas Kingston at the Royal Wedding 2019 today. The couple will say, ‘I do’ at St George’s Chapel, Windsor Castle. With the bride being a member of the Royal Family, the wedding is expected to be attended by Queen Elizabeth II. Other well-known members of the Royal Family are also due to be in the congregation.

However, as the royal wedding festivities get well underway, some may wonder about how the royal bride is related to the head of the monarchy.

How is Lady Gabriella Windsor related to Queen Elizabeth II?

Lady Gabriella, 38, is the daughter of Prince and Princess Michael of Kent, who are aged 76 and 74 respectively.

She is 52nd in the line of the succession to the throne.

The royal is related to the Queen, 93, through her dad’s side. 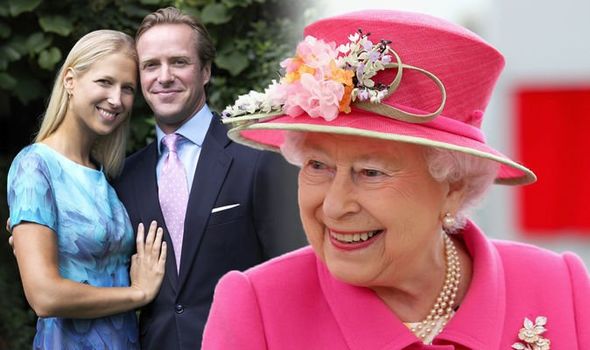 This means that Lady Gabriella is the Queen’s first cousin once removed.

Since Michael of Kent is one of the sons of Prince George, Duke of Kent, and Princess Marina of Greece and Denmark.

Meanwhile, the Queen’s parents are the late Queen Elizabeth, The Queen Mother and the former King, King George VI.

King George VI was the son of King George V, and Princess Mary of Teck, who later became Queen Mary. 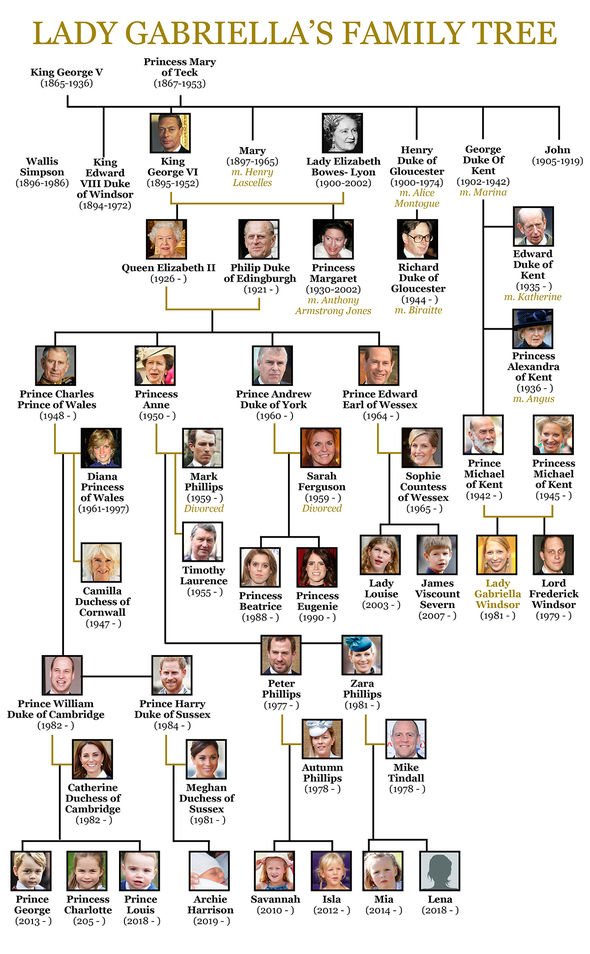 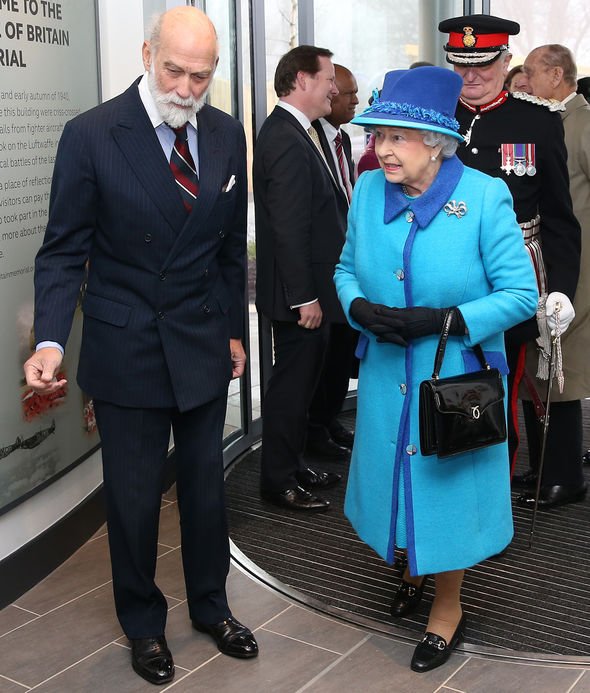 As some may already be aware, this means that Prince George, Duke of Kent and King George V, were brothers.

Will Lady Gabriella Windsor’s name and royal title change after her marriage?

The answer is not currently known, but as she is 52nd in line to the throne, it’s unlikely.

Her brother Lord Frederick Windsor’s name did not change after his wedding to Sophie Winkleman, back in 2009.

What’s more, letters patent issued by King George V in 1917, and updated by Queen Elizabeth II in 2012, means she’s not set to get HRH status.