‘My dear, departed friend’: Sarah Ferguson posts heartfelt Instagram tribute to Diana – as she celebrates the ‘strong women’ in her life

The Duchess of York marked International Women’s Day by paying tribute to the ‘strong’ women who have influenced her life, including ‘dear, departed’ Diana.

Fergie, 59, shared a series of photos on Instagram and Twitter to mark the day dedicated to women around the world.

The images, posted to her 174,000 followers, included a sweet picture of herself and Diana, taken in 1983 when they were both in relationships with Prince Andrew and Prince Charles respectively. 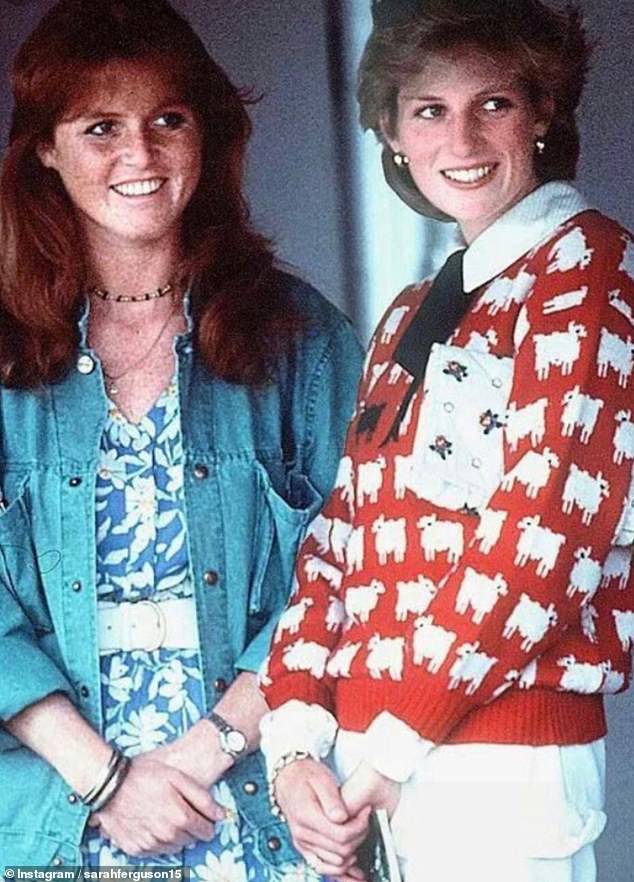 The Duchess of York, 59, shared a touching picture of herself and her ‘dear, departed’ friend Lady Diana to mark International Women’s Day on Friday. The photo was taken at a polo match in 1983 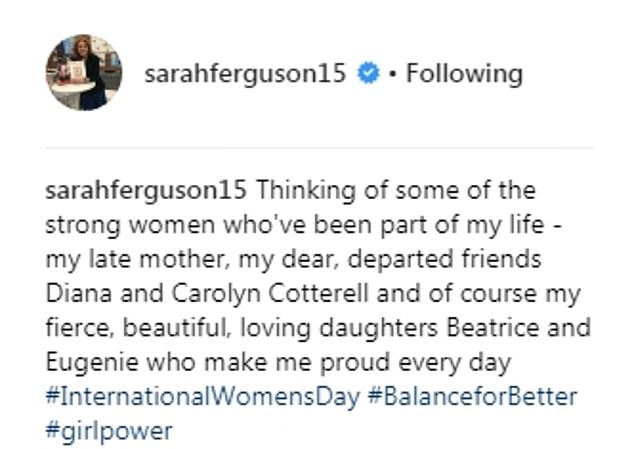 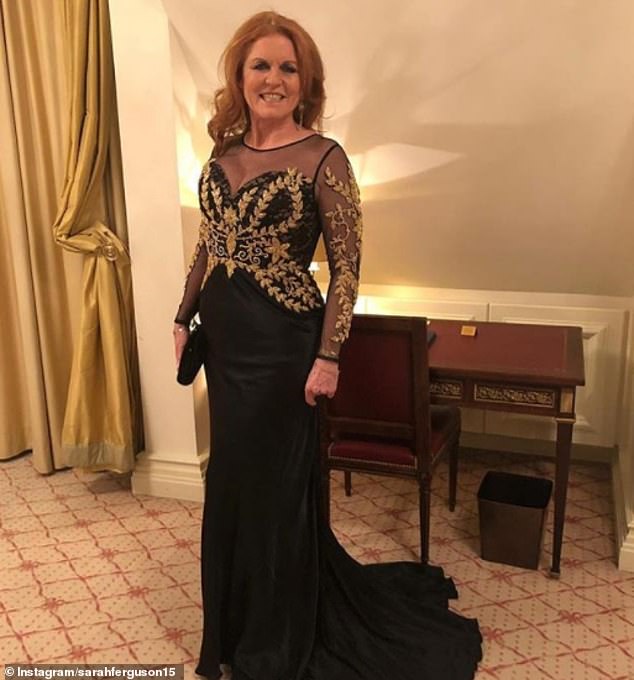 Sarah Ferguson at a party hosted by her friend Hermann Bühlbecker in Cologne, Germany on January 2018. The Duchess of York paid tribute to the ‘strong women’ who have been in her life

The image sees the pair smiling and looking off camera. Diana is wearing her famous red woolly jumper adorned with white sheep, while the Duchess of York sports a denim jacket and floral dress pinched at the waist with a white belt.

The two women grew close after marrying into the royal family but their relationship was a complex one.

Long before there were speculations over Kate and Meghan’s relationship, the world looked at the friendship between Princess Diana and Sarah Ferguson with a magnifying glass. 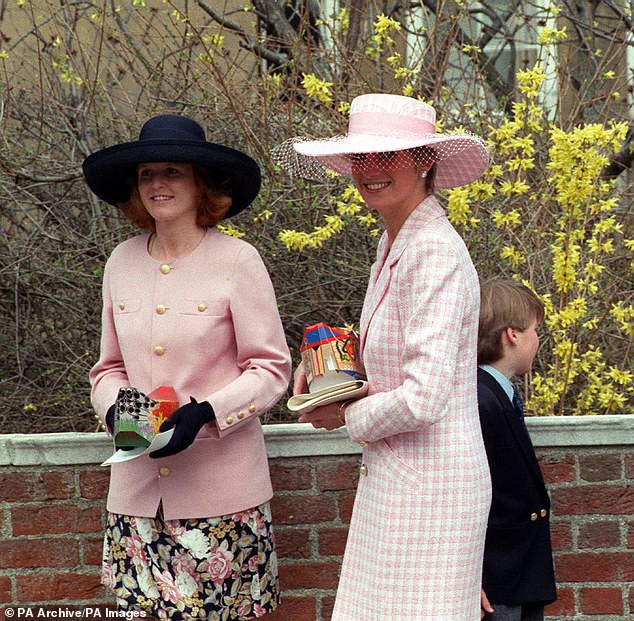 Fergie said the way women are compared to each other on social media reminder her of how Lady Diana and her were once pitted against each other by the press, saying they felt quite differently about one another (The women pictured during Morning Service at St George’s Chapel in Windsor Castle in 1991)

Speaking to Hello magazine in early February, Ferguson said the way the two women were compared on social media now was reminiscent of the way Diana and herself were pitted against each other in the press.

She said: ‘Women, in particular, are constantly pitted against and compared with each other in a way that reminds me of how people tried to portray Diana and me all the time as rivals, which is something neither of us ever really felt.’

The two women drew inspiration from one another’s style and Lady Diana even lent some of her iconic dresses to her sister-in-law. 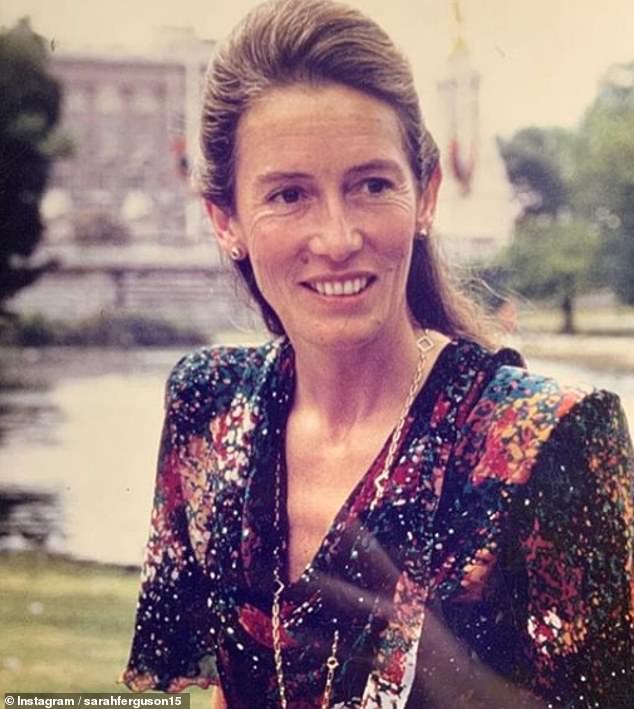 The Duchess of York shared a picture of her late mother, Susan Barrantes, who died in a car accident in 1998 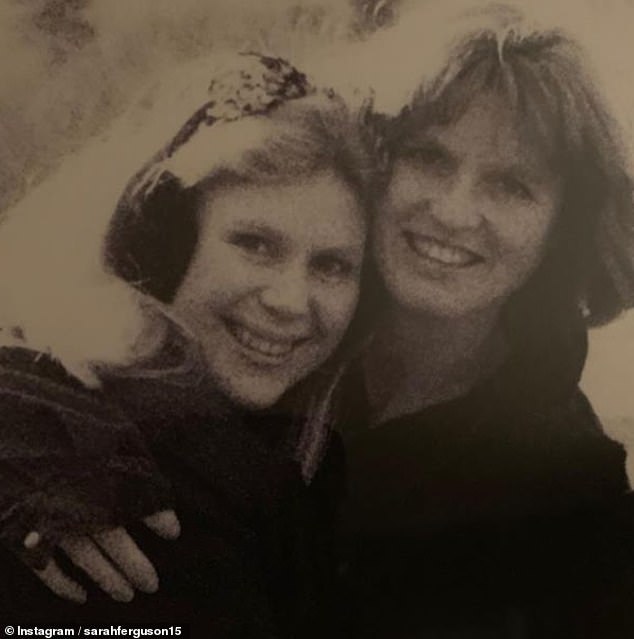 The Instagram post included a picture of Fergie’s late friend Carolyn Cotterell, who died of skin cancer in 1999. The two women had been friends since childhood

On International Women’s Day on Friday March 8th, the Duchess also shared pictures of her two daughters, Princess Beatrice, 30 and Princess Eugenie, 28, calling them her ‘fierce, beautiful, loving daughters’ and adding that they made her proud everyday.

The Duchess also shared a picture of her late mother, Susan Barrantes, who died in a car accident in Argentina on 19 September 1998.

The Instagram and Twitter posts included too a picture of late Carolyn Cotterell, who died of skin cancer in 1999. 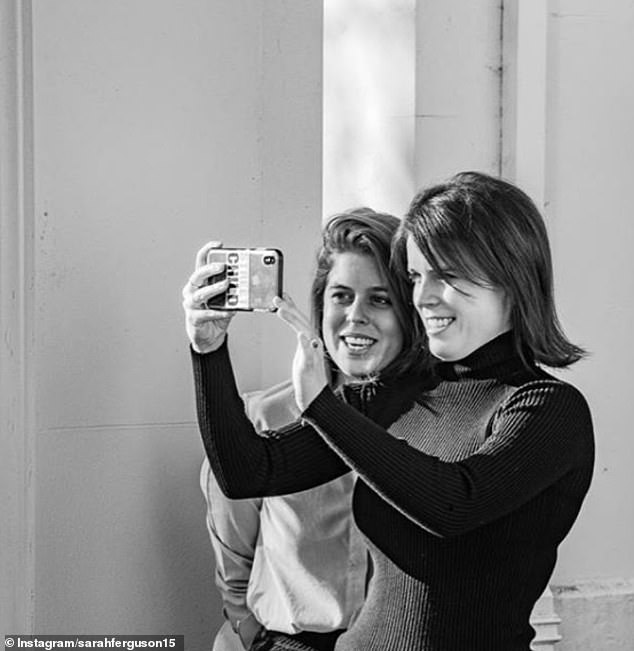 Fergie also shared a picture of her daughter Beatrice, 30 and Eugenie 28, and praised her ‘fierce, beautiful daughters’ who make her ‘proud everyday’

Cotterell was one of Fergie’s closest friends and used to call the Duchess of York ‘Fergatrosity.’

The two women knew each other since childhood and shared a flat in London. They later became godmothers to each other’s children. Fergie talked about her enormous sense of loss in 2000 and contributed to a book celebrating her departed friend.

This week, Fergie also revealed she was left ‘shocked’ and ‘sad’ after making a recent trip to one of the poorest areas of Sierra Leone.

Sharing photos of her African trip, three weeks ago, to her 174,000 followers on Instagram, Fergie revealed how ‘many families have lost everything and are living in the open air’ after devastating fires hit the region.

The 59-year-old made the journey to Kroo Bay, a slum in Freetown, at the start of February, where she visited several schools and met with locals as part of her work for her charity Street Child.