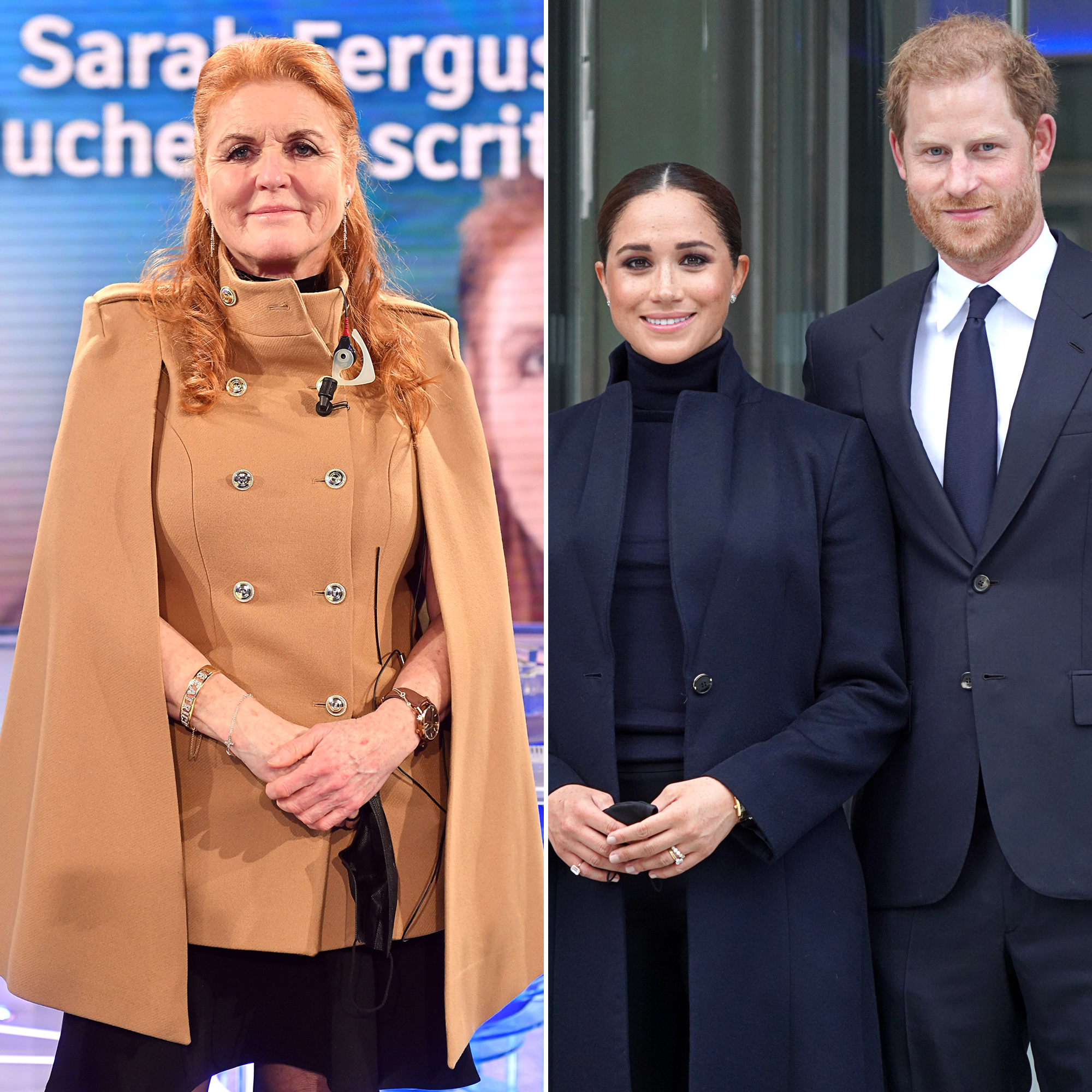 A proud aunt. Prince Harry may be on the outs with some members of the royal family, but his aunt Sarah Ferguson has nothing but nice things to say about him.

Sarah Ferguson’s Royal Ups and Downs Through the Years: Divorce and More

Speaking about her nephew, 37, during a Tuesday, December 14, appearance on the Italian TV show Porta a Porta, the Duchess of York, 62, said she’s pleased that he’s found joy with his wife, Meghan Markle.

“The most important thing — and I know [Princess] Diana, if she were here, would say that — is they are very happy,” the Her Heart for a Compass author said. “And [Meghan] makes him very happy. And I love to see that little boy that cried at the funeral to have happiness now.”

The Duke of Sussex was just 12 when his mother died at age 36 in an August 1997 car crash. At her funeral the following month, Harry and his brother, Prince William, famously walked behind her coffin during the procession.

“Sharing the grief of my mother’s death with the world … I was so angry with what happened to her,” he said during a May episode of his Apple TV+ series, The Me You Can’t See. “And the fact that there was no justice at all.” He added that he “didn’t want the life” of a public figure at the time, because “nothing came from that.”

Though Harry and Meghan, 40, are still dealing with the aftermath of their January 2020 decision to step down as working members of the royal family, Ferguson has never wavered in her support for the couple. When the Suits alum faced allegations of plagiarism about her children’s book, The Bench, earlier this year, the What I Know author — herself a prolific writer of kid lit — came to her defense.

“To sit down and work hard to write a book, in any genre, should be supported and respected,” she told the Daily Mail in May.

Meghan said at the time that the book was inspired by a poem she wrote about Harry’s relationship with the pair’s son, Archie, now 2. The duo also share daughter Lili, 6 months.

Ferguson has also expressed her gratitude to the couple for inviting her to their wedding. She famously did not attend the April 2011 nuptials of William, 39, and Duchess Kate.

“It was very kind of them,” the philanthropist told Good Morning Britain of the Sussexes in November 2018, adding that it was “quite extraordinary” to hear supporters cheering for her when she arrived at the ceremony. “I can’t thank them enough for doing that because it was nerve-wracking. … I sort of looked around like, ‘Are they doing that for me?’ Then someone went ‘Fergie,’ and it was the old Fergie back.”