Matthew Broderick is ready for the ‘And Just Like That…’ madness

Sarah Jessica Parker’s 19-year-old son, James, made a rare red carpet appearance while attending the premiere of HBO Max’s “Sex and the City” revival to support his mother.

James was seen proudly smiling beside SJP, 56, on her big night at the Museum of Modern Art on Wednesday. They were also joined by the actress’ husband and James’ father, Matthew Broderick.

James and Broderick, 59, both accompanied Parker on the red carpet to pose for a few family photos together. She held their hands as the trio smiled for photographers.

At one point, James was seen lovingly putting his hand on his mom’s shoulder.

Missing from the event were Parker and Broderick’s 12-year-old twin daughters, Tabitha and Marion, but that didn’t stop the family from having blast. 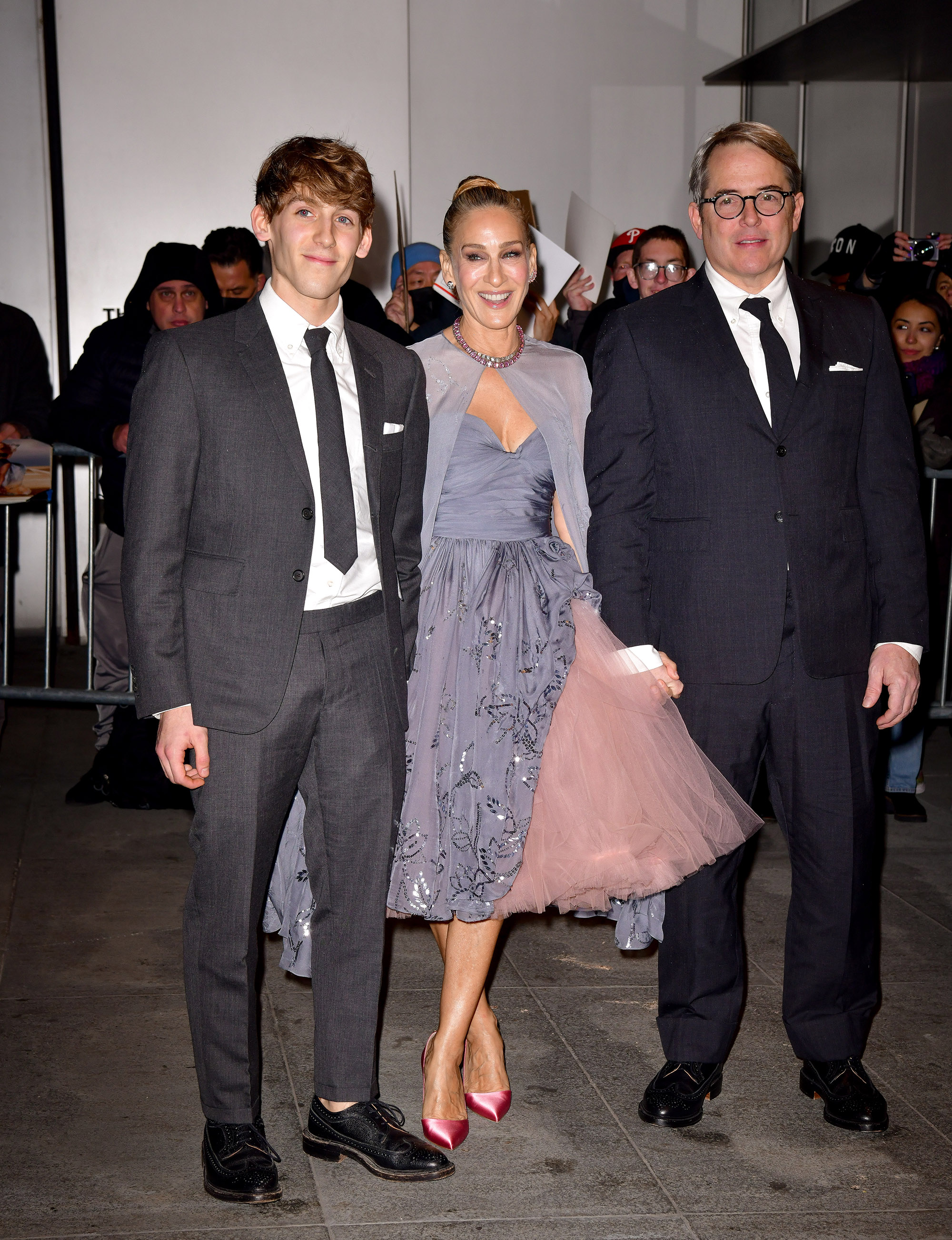 Both James and Broderick looked classic in black suits and ties, while Parker stunned in an Oscar de la Renta gown that paid homage to Carrie Bradshaw with pink tulle detailing that mirrored her character’s famous tutu look.

Parker is known for keeping her three kids out of the public eye, though she did post about them on Instagram in September to commemorate their first day of school — without showing their faces. 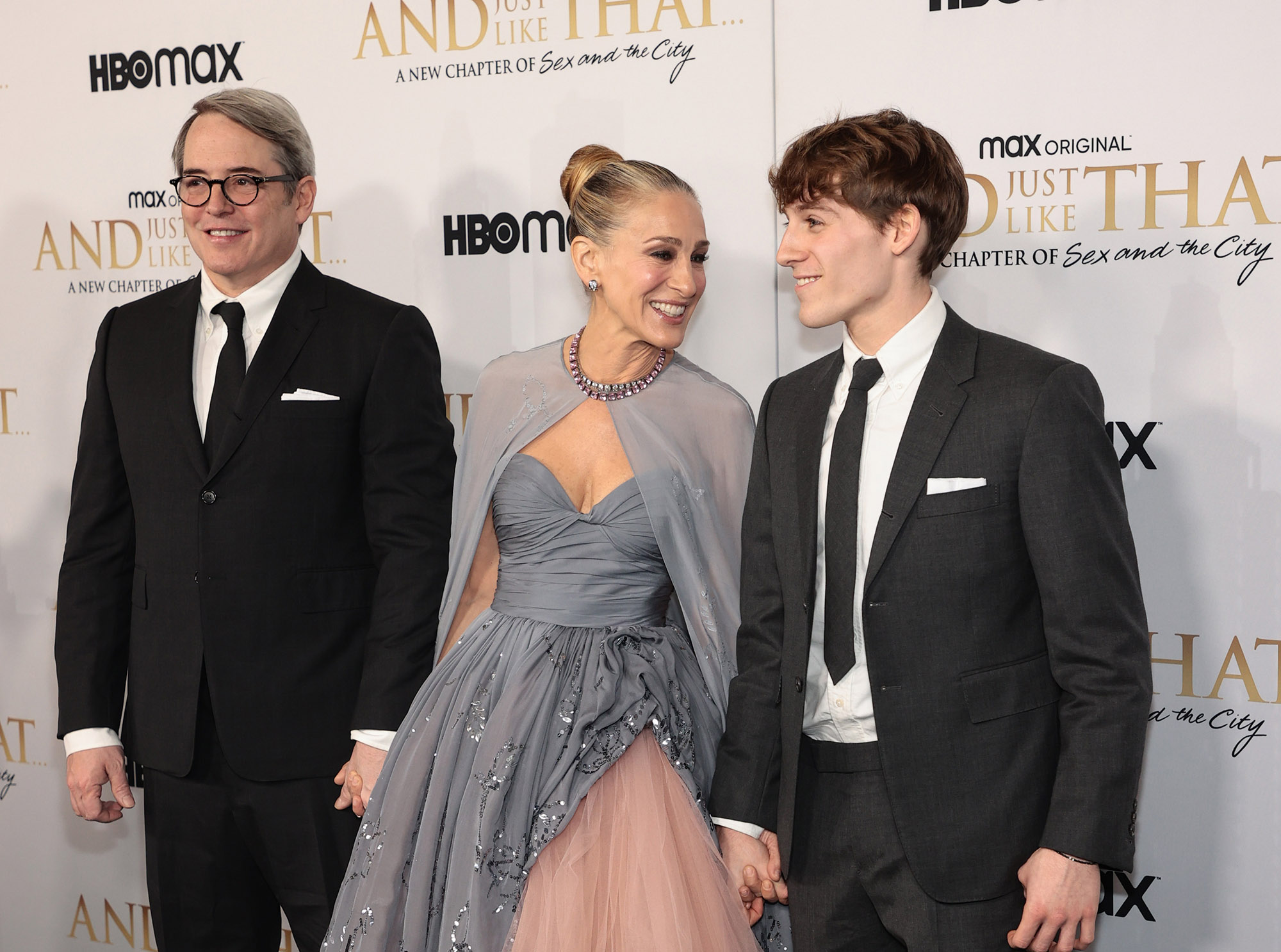 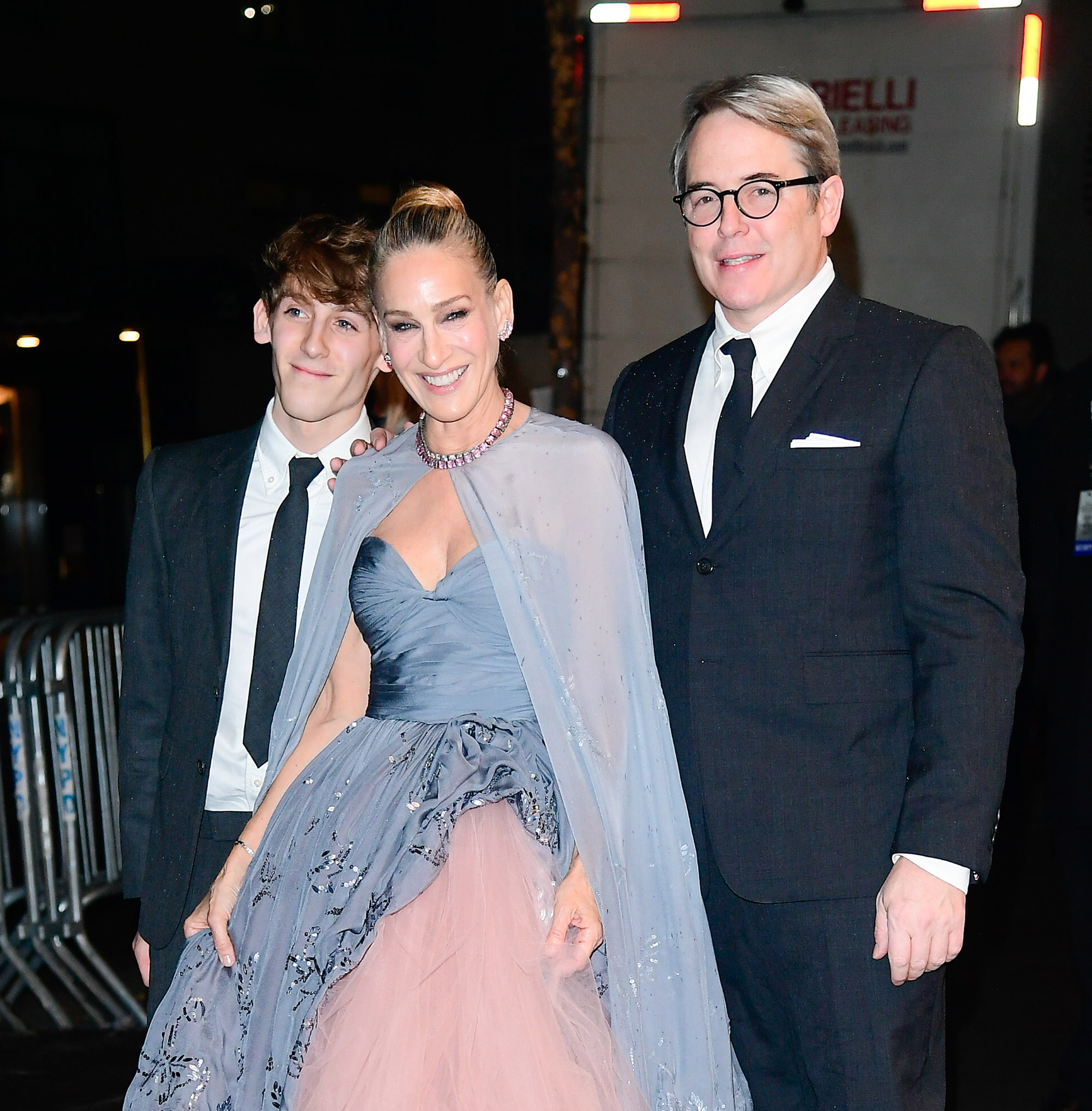 Parker previously celebrated her son’s high school graduation on social media in May but chose to share a photo that only showed his back that time, too.

“And Just Like That…” is now streaming on HBO Max.