SARAH VINE: Gang sex and this terrifying culture of abuse has corroded the minds of countless young men

Whitehall’s Sir Humphreys are not known for their tendency to over-react in tricky situations.

So when the Foreign Office professes itself ‘seriously concerned’ about something, you know it’s not just a bit of a worry but a full-on, sirens-blaring, air raid-style klaxon.

The situation in question is the case of a British girl convicted by a court in Cyprus of lying about being gang-raped by 12 Israelis in the holiday resort of Ayia Napa in July last year.

In the summer, after the charges were dropped against them, the young men were seen celebrating as they returned home. Arriving at Ben Gurion airport, they cracked open champagne bottles and chanted ‘the Brit is a whore’. 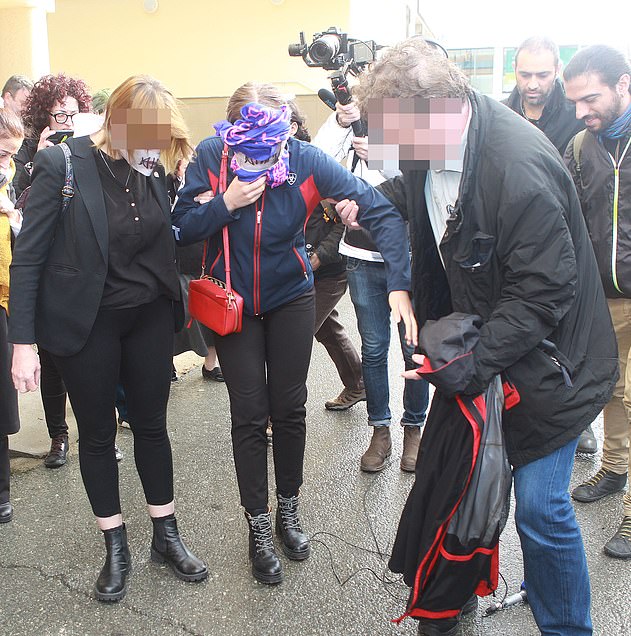 The girl, 18 at the time, was arrested by the Cypriots and charged with causing public mischief. She faces up to a year in jail and a £1,500 fine.

The fact that the UK is questioning ‘fair trial guarantees’ offered by the Cypriot criminal justice system, and admitting the case itself is ‘deeply distressing’, means at the very least something is awry.

In truth, though, it doesn’t take a diplomat or even a lawyer to see that what has happened to this young girl is a calamity. Having consented to sex with one of the young men — with whom she was having a holiday romance — the rest of the group aged between 15 and 20 got involved. 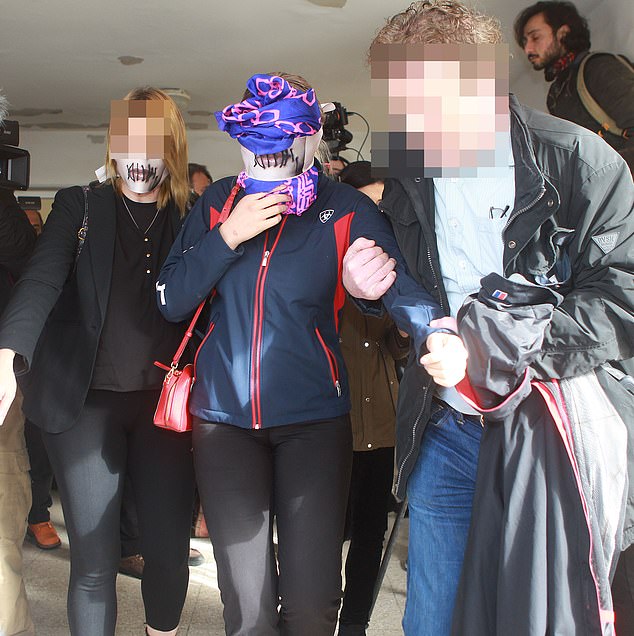 The 19-year-old claimed she was gang-raped in Ayia Napa on July 17 later recanted the accusation and was herself accused of lying to police Briton has been found guilty, and now faces up to a year behind bars in Cyprus

Here, the lines get blurred: DNA evidence exists proving that three of the males had intercourse with her, but they claim it was consensual. What’s certain is that the boys filmed the whole thing — and shared the footage widely.

Whether their actions constitute rape or not, there is no doubt in my mind that this girl was violated. Not only because the footage was used to humiliate her — an abuse in itself — but also because she was duped into trusting this young man, then taken advantage of in the most vile and cowardly way imaginable by his friends.

Ayia Napa is notorious for its teenage debauchery and drinking, not least among Britons who, like this girl, head there for fun in the sun almost as a rite of passage.

But while drink may have played its part, the real culprit here is a culture of abuse that has corroded the minds of countless young men. One that normalises and even condones this kind of behaviour. And it stems, of course, from online pornography. 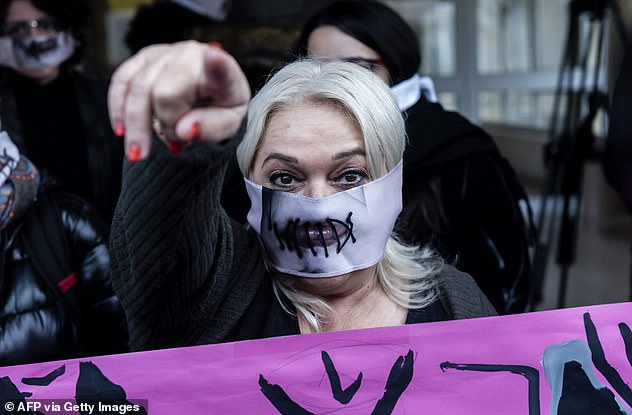 A women’s rights activist participates in a protest in support of a British teenager found guilty of fasely claiming she was raped by Israeli tourists, during her trial at the Famagusta District Court in Paralimni in eastern Cyprus

This newspaper has long campaigned for hardcore material online to be curtailed — for very good reason. It demeans women, distorts normal relationships — and leads to the sort of grotesque ill-treatment seen in this case.

During the girl’s trial, a statement was read from a witness describing how the young men she initially accused had been standing outside their hotel — the same one she was in. The witness also related how they said they would be ‘staying in’, because ‘the English girl was coming and they were going to f*** her — all of them’. 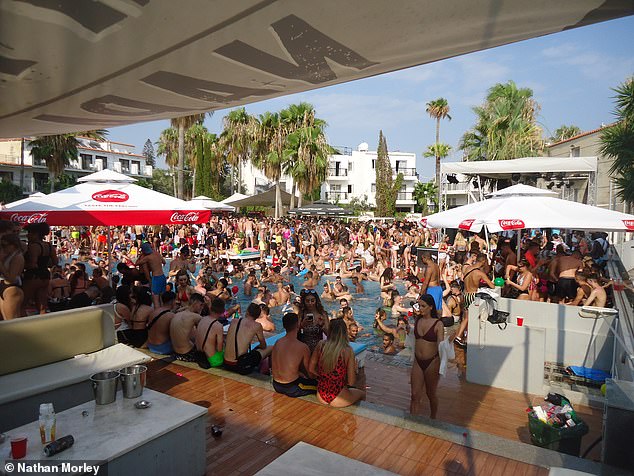 This, combined with their comments after their release, speaks volumes about the young men’s frame of mind.

I have a teenage daughter and I talk to her and her friends about this all the time. Their stories are truly shocking.

What this girl endured is not just a tragedy for her and her family; it’s a tragic indictment of society, one that is terrifying for anyone with children or teenagers.

Because we now have a generation of young men who think it’s normal to expect a girl to have sex with their mates as well as them. Who think it’s fine to film it without her permission and then send the footage to all their friends. And to toast each other with champagne when it’s all over. 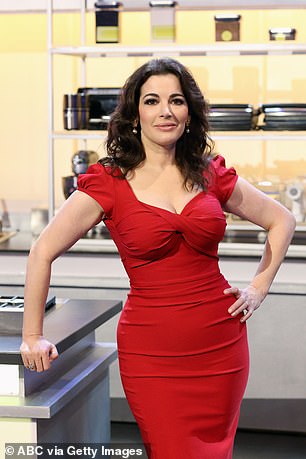 Nigella Lawson — 60 on Monday — claims she would never dream of leaving the house without make-up.

‘It takes a braver and more secure person than I am to say: ‘Don’t put make-up on me and don’t brush my hair’,’ she admits.

Some might think this odd coming from one as genuinely beautiful as Nigella — but I totally get it.

It’s about having the confidence to face the world, regardless of what’s going on behind the facade.

It is truly, as Nigella says, our ‘armour’.

I’ve never understood dry January. Is there a worse month to go alcohol-free: near permanent darkness, dreary weather and the joy of paying for Christmas?

More from Sarah Vine for the Daily Mail…

Which is why I’m delighted to see a group of 42 eminent French figures protesting against ‘the puritan Anglo-Saxon obsession of the dry January’ (don’t you love the withering use of the definite article there, so very French?), warning that it could even ‘herald the end of civilisation’.

A slight exaggeration, but I raise a glass to the sentiment.

Could they also do something about ghastly ‘veganuary’? Aside from the devastating effects on the digestive system of eating too many beans and the damaging effects on the brain of excessive smugness, surely any of the eco benefits from eating less meat are far outweighed by the fact that, at this time of year, most vege-tables have to be flown in from Guatemala.

How, pray, is that benefiting the planet?

The idea of someone calling 999 to complain about an out-of-date packet of biscuits or a mistake in a chip shop order may seem mildly amusing, but I’m afraid this is one area where my sense of humour utterly fails me.

Last year, the Met reported more than 22,000 such calls — that’s 22,000 times a life could have been in danger. And that doesn’t include calls to fire or ambulance.

I have a solution: most people use their mobile, so calls are traceable. Just send them a bill for wasting police time. Now that would be funny.

If you must quit something this month, take a leaf out of Breakfast TV presenter Louise Minchin’s book — do a social media detox.

She’s given up Twitter and Facebook for the sake of her sanity, and she’s right. The effluent that spews forth from those outlets is far more toxic than any alcohol.

Newly-released National Archive documents reveal that when John Major was PM he briefly contemplated renaming Heathrow airport after Sir Winston Churchill, in the style of New York’s Kennedy airport, or Paris’s Charles de Gaulle. He must be kicking himself for failing to do so — maybe now he would be remembered for something other than having a furtive fling with Edwina Currie.

Last year, pet insurers shelled out £750,000 to treat ‘psychiatric disorders’ among pets. One woman sent her Great Dane — which sleeps on a memory foam mattress and lives off M&S chicken — for ‘neurological’ sessions costing £275 because she thought the animal had developed agoraphobia. Pets need love and care, but if you’re paying £275 for a session with a dog shrink, it’s you that needs your head seeing to. 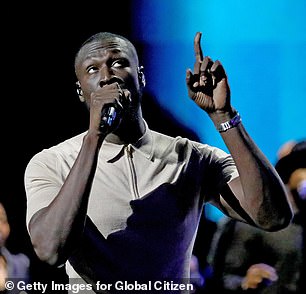 Stormzy performs at the 2019 Global Citizen Prize at the Royal Albert Hall on December 13, 2019 in London, England

When rap star Stormzy announced he was funding four Cambridge University grants exclusively for black students, he was accused of racism. So I understand why two private schools, Dulwich College and Winchester College, have turned down a similar offer for white children.

Professor Sir Bryan Thwaites, 96, wanted to give £1 million to fund scholarships for poor white boys. His offer was not only based on race, but also on sex, which made it doubly discriminatory.

Stormzy and Sir Bryan say they are trying to help the disadvantaged. That’s just vanity: Stormzy is sponsoring deprived black kids because he was one; Sir Bryan was a white working-class scholarship boy.

If they were true philanthropists they would give the money with no strings attached. Anything else, I’m afraid, is just a giant ego trip.