Bacon for all! On Tuesday, December 4, the Ohio Pork Council unveiled its first bacon vending machine, which is temporarily located on the campus of Ohio State University, where students are currently in the midst of studying for final exams.

The device can aptly be found in OSU’s College of Food, Agricultural, and Environmental Sciences, and is loaded with ready-to-eat bacon snacks such as cooked bacon strips and bacon bits from the likes of meat producers Smithfield, Hormel and Sugardale. It will remain on the bustling university campus through Thursday, December 13, so ravenous teachers and students alike can get their bacon fix. 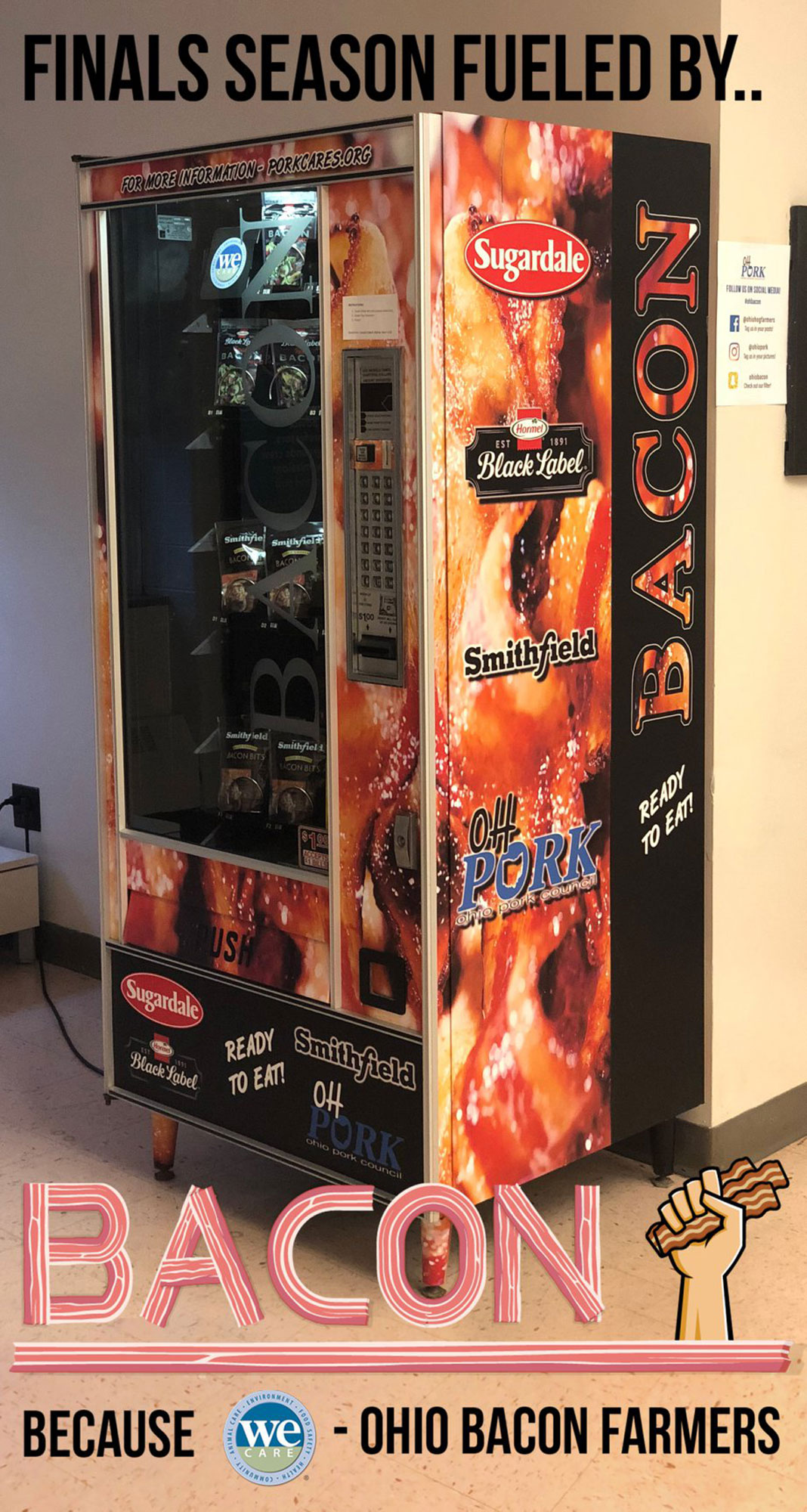 What’s more? The Chicago Tribune reports that the machine, which has proven to be so popular that it needs to be restocked “four or five times a day,” sells everything for $1, and its proceeds will benefit the university’s meat science program.

When the bacon-themed vending machine was first unveiled, it was met with mixed reviews on Facebook. For example, some were quick to point out that bacon is hardly a healthy or environmentally-friendly study snack. “High cholesterol, heart attacks and premature death for everyone!” wrote one critic. “The Ohio State University pretends like they care about preventing cancer, then promotes this processed meat garbage. All for the almighty dollar. Disgusting!”

Added another: “Who cares? Pork is contaminated and bacon bad for you anyway.”

Still, others were eager for some different snacking options as the busy study period rolls on. As one fan succinctly put it, “Everything is better with bacon!”

Tell Us: Are you a fan of the bacon vending machine?