Judge in ‘To Kill a Mockingbird’ case attends opening night

‘To Kill a Mockingbird’ headed to Broadway following settlement

Former staffers of Scott Rudin detailed his alleged abusive behavior in a scathing new report — including claims that the “unhinged” producer once attacked an assistant.

Ex-employees allege to Hollywood Reporter — which dubbed the Hollywood mogul a “bully” on its cover — that in 2012 Rudin smashed an Apple computer monitor on an assistant’s hand, landing him in the emergency room and leaving the rest of the staff shaken.

“We were all shocked because we didn’t know that that sort of thing could happen in that office,” said Andrew Coles, a then-assistant and now-manager and producer.

“We knew a lot could happen. There were the guys that were sleeping in the office, the guys whose hair was falling out and were developing ulcers. It was a very intense environment, but that just felt different. It was a new level of unhinged — a level of lack of control that I had never seen before in a workplace.” 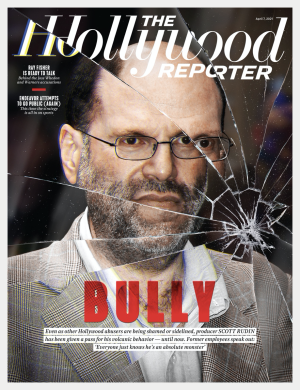 Rudin’s rage, according to the outlet, was sparked by his assistants unable to get the Oscar winner a seat on a sold-out flight.

Caroline Rugo, who suffers from Type 1 diabetes, joined “The Social Network” producer’s company, Scott Rudin Productions, in 2018 as an executive coordinator and assumed she’d be working grueling hours but didn’t expect the wrath she and other employees faced.

“He threw a laptop at the window in the conference room and then went into the kitchen and we could hear him beating on the napkin dispenser,” Rugo claimed to THR. “Then another time he threw a glass bowl at [a colleague]. It’s hard to say if he threw it in the general direction or specifically at [the colleague], but the glass bowl hit the wall and smashed everywhere.

“The HR person left in an ambulance due to a panic attack. That was the environment.” 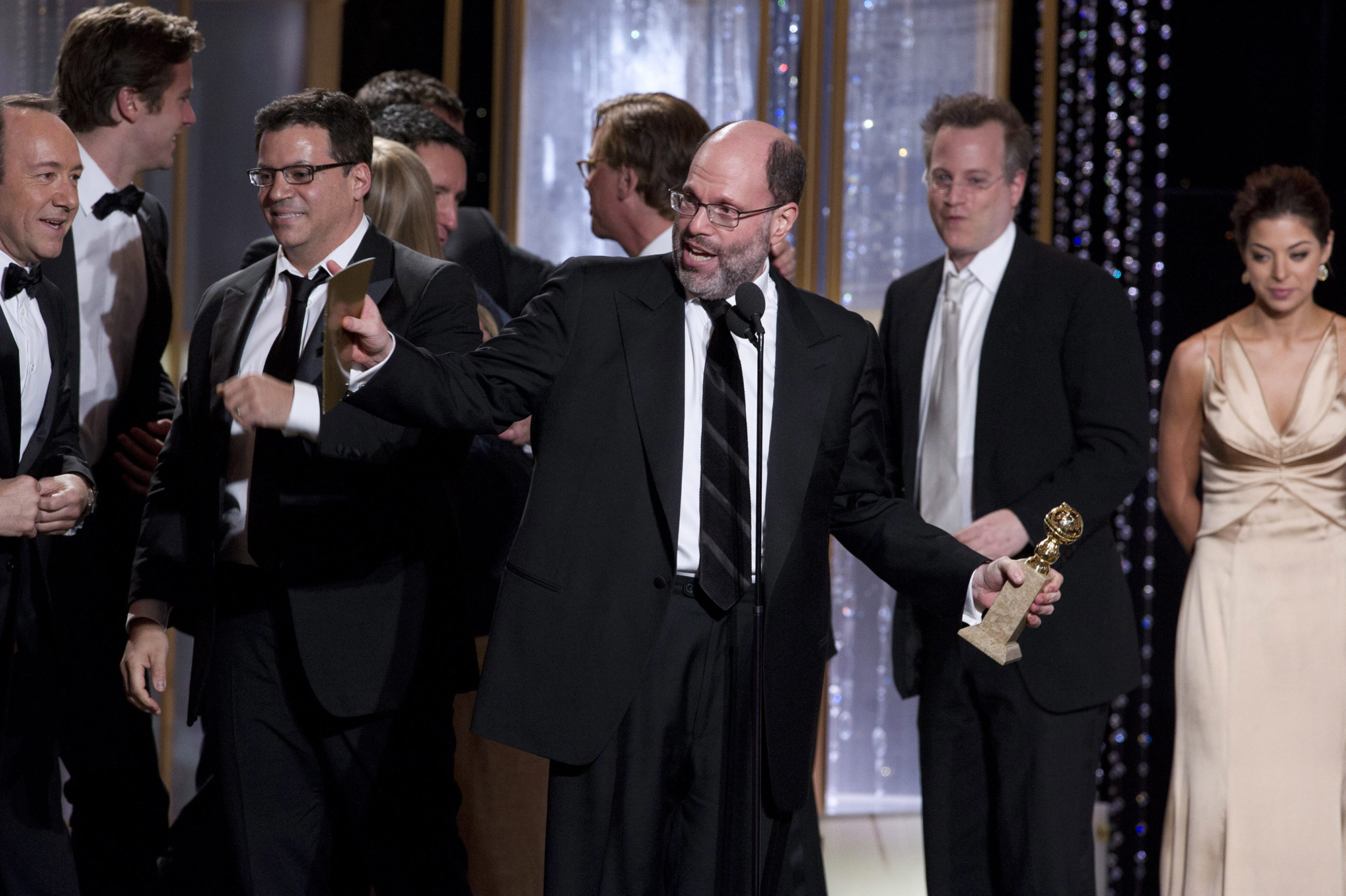 Rugo was later fired from Rudin’s company, and she believes it’s because of her illness.

“I got fired for having Type 1 diabetes, which is a federally protected disability,” said Rugo, who now works in development at Netflix. “I one hundred percent could have sued him. But I didn’t because of the fear of being blacklisted.”

Another of the “Eighth Grade” producer’s assistants claimed Rudin threw a baked potato at his head when he didn’t know the answer to a question.

Rudin, who is one of fewer than 20 people to attain EGOT status, ultimately fired the assistant after he dropped out of college to join the company full-time.

Ryan Nelson, who was Rudin’s executive assistant in 2018-19, claimed he witnessed so much appalling behavior from the 62-year-old Rudin — including him throwing a stapler at a theater assistant — that he left Hollywood altogether. 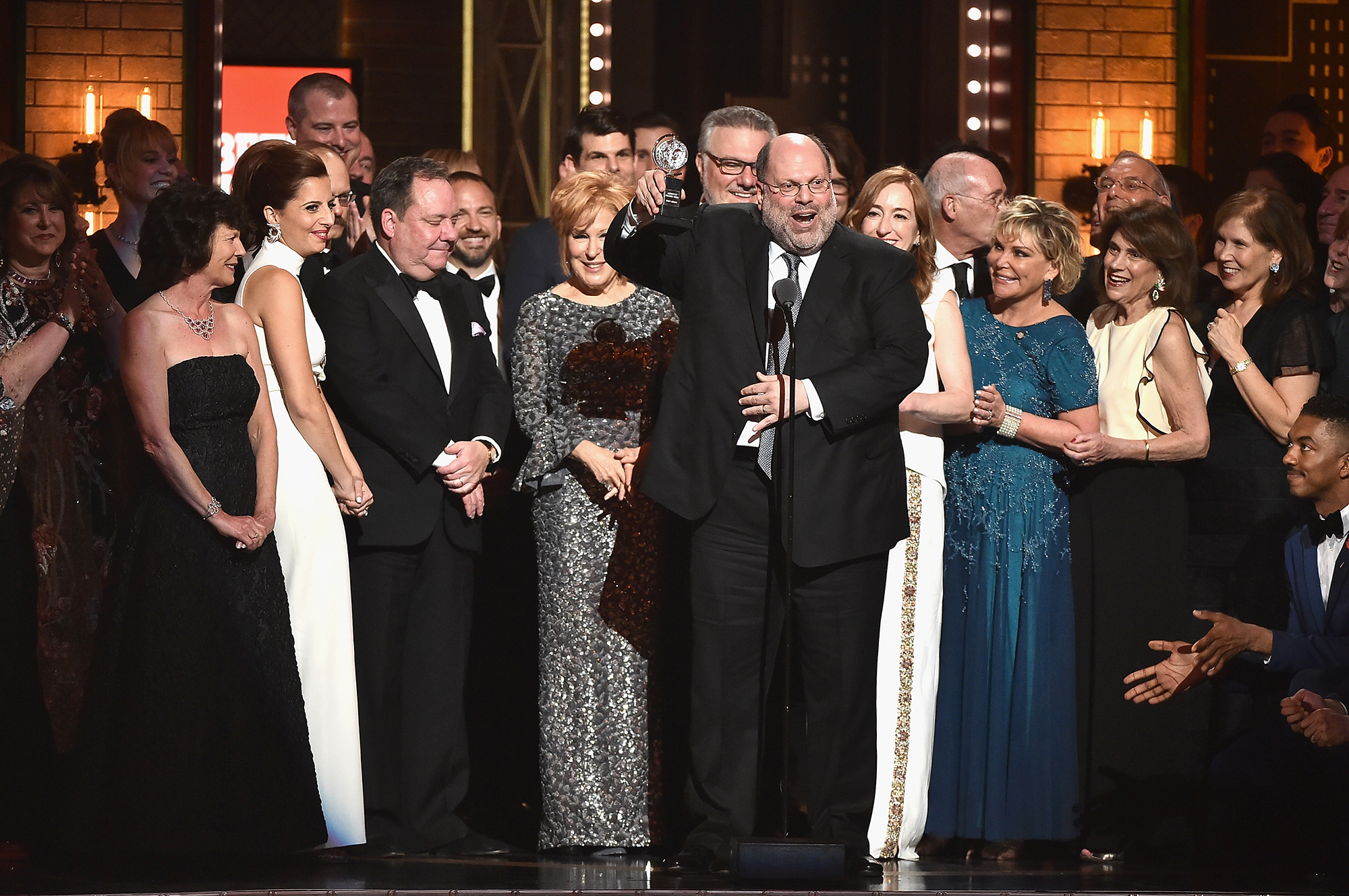 “You’re spending 14 hours a day with the same people, enduring the same abuse. It became this collective bond with these people.”

“I’m not destroying my career over a minimally talented spoiled brat who thought nothing of shoving [‘Cleopatra’] off her plate for 18 months so she could go direct a movie [‘Unbroken’],” Rudin seethed in the leaked emails.

Coles is hoping by coming forward that he and the others create change within the industry, which already has taken down Harvey Weinstein.

“Part of the change we want to see in the industry means starting to talk about these things openly, to name names, to talk about the things that actually happened. And you don’t get a free pass for abusing people,” Coles said.

“I’m not afraid of Scott Rudin.”