Sean Connery's wife Micheline Roquebrune says in a rare interview that her late husband suffered from dementia before his death, which was announced on Saturday, Oct. 31. 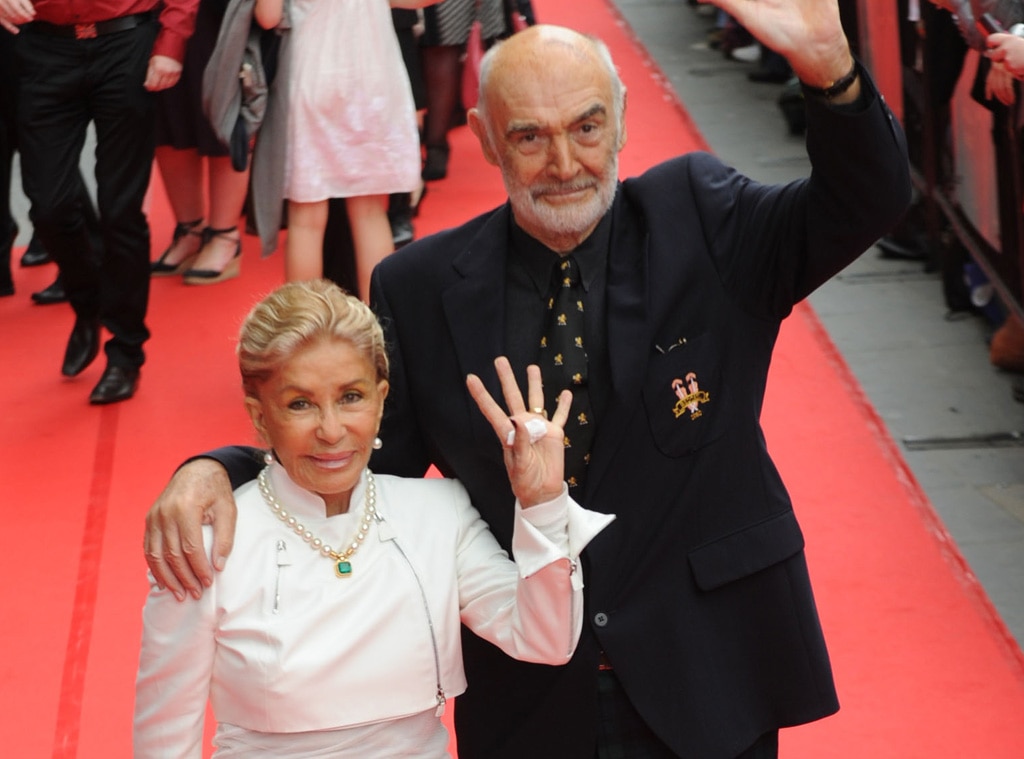 Sean Connery's wife Micheline Roquebrune said in a rare interview that her husband suffered from dementia before his death.

The legendary Scottish actor, the first to play James Bond in a film, died at age 90 in the Bahamas, his family announced on Saturday, Oct. 31. He had lived there permanently since he largely retired from acting in 2003.

Roquebrune, Connery's wife of 45 years and a 91-year-old French-Moroccan artist, spoke to the Mail on Sunday about her husband's health and his final days in an interview posted online on Sunday, Nov. 1.

"He had dementia and it took its toll on him," she said. "He got his final wish to slip away without any fuss."

She told the newspaper, "It was no life for him. He was not able to express himself latterly. At least he died in his sleep and it was just so peaceful. I was with him all the time and he just slipped away. It was what he wanted."

The Mail on Sunday also published a photo described as one of the last pictures of Connery with Roquebrune, taken on May 6 in the Bahamas on the couple's 45th wedding anniversary. They are seen sitting together, holding hands with her wrapping her arm around his neck and gazing at him.

Roquebrune said Connery "was gorgeous and we had a wonderful life together. He was a model of a man. It is going to be very hard without him, I know that. But it could not last forever and he went peacefully."

In 2013, a German newspaper Bild am Sonntag published an unconfirmed report that claimed that actor Michael Caine had said Connery had been suffering from memory loss. The report led to online rumors that Connery had Alzheimer's disease. Connery's publicist later told The Scotsman newspaper that the story was "ridiculous" and "truly silly and nonsense," adding that the star was in good health "mentally and physically".

Why Kelly Ripa Censored Her and Mark Consuelos' Halloween Photos

Caine himself later told the Scottish newspaper The Daily Record, "This stuff about Alzheimer's is just nonsense."

"I can only assume that someone has twisted my words or got the wrong end of the stick," he added. "I haven't seen Sean for a couple of years but my wife and I spoke to him on the phone on his birthday this week and he was very well. He was fine, in complete control of his senses and his usual self. I have no idea where they are getting this stuff from. I know Sean was quite ill a year or so ago. But he is much better now and it was never anything to do with his mental state."

In addition to Roquebrune, Connery is also survived by sons Jason Connery, who is from a previous marriage, and stepson Stephane.

"We are all working at understanding this huge event as it only happened so recently, even though my dad has been unwell for some time," Jason had told the BBC in a statement. "A sad day for all who knew and loved my dad and a sad loss for all people around the world who enjoyed the wonderful gift he had as an actor."