‘This place is REALLY getting into the Christmas spirit!’ Chesterfield print shop is mocked over its VERY suggestive festive window display

A shop has taken the festive spirit to a whole new level with its suggestive Christmas window display.

Print Shack, on Saint Mary’s Gate in Chesterfield, appears to rely on arranging its mannequins in bizarre positions to attract the attention of customers; with the current Christmas display centred around a female model astride a makeshift reindeer, next to the bauble-adorned tree.

One amused shopper spotted the female mannequin dressed in a short red Santa-style dress, furry hat and a brunette wig and posted it on Reddit – much to the amusement of fellow users on the forum.

Another questioned if the model animal the mannequin was sitting on was actually a goat with reindeer antlers attached, adding: ‘Kudos to the window dresser, this is fantastically awful.’ 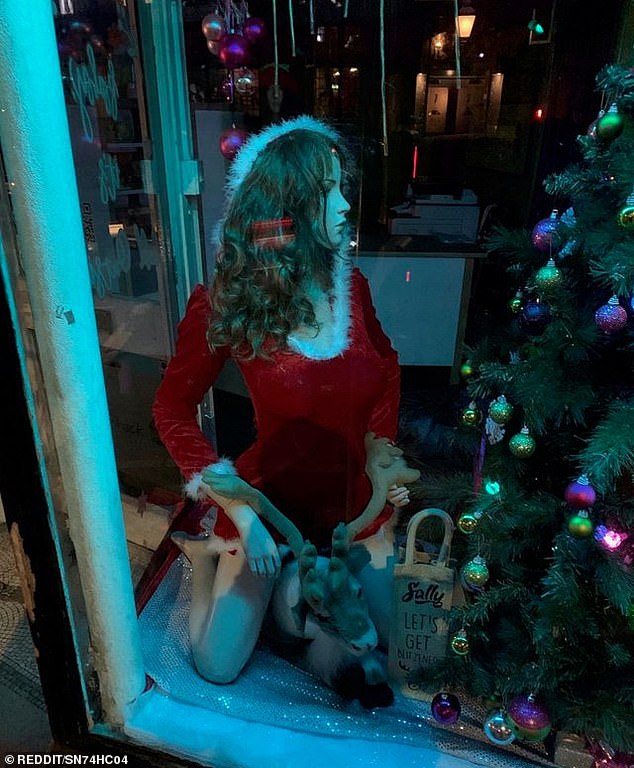 The Print Shack store, which resides in Chesterfield, has a questionable window display for the festive season featuring a female Santa astride a stuffed animal wearing reindeer antlers next to a Christmas tree 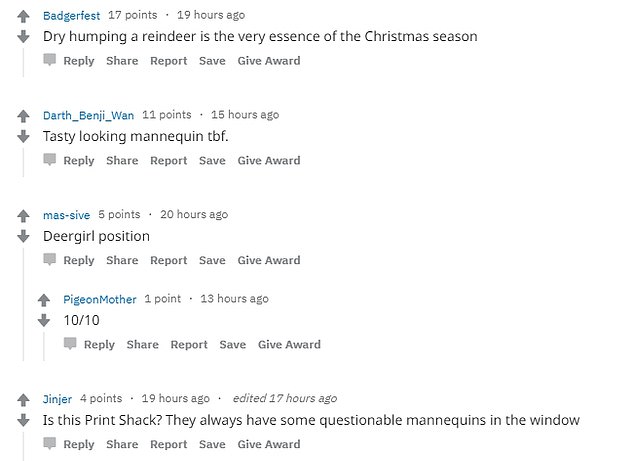 The Reddit user posted the amusing snap of the store front, along with the caption: ‘Shop in Chesterfield really getting into Christmas spirit.’

Others were quick to comment on the questionable nature: ‘Dry humping a reindeer is the very essence of the Christmas season.’

One user, who seemed to be local to Chesterfield, commented: ‘Honestly I have no idea how they get away with it… every time I cross the street there at the traffic lights I just despair.’

It seems the shop, which prints personalised clothing, gifts and other miscellaneous items, has made a habit of positioning mannequins in funny ways to catch customers’ attention. 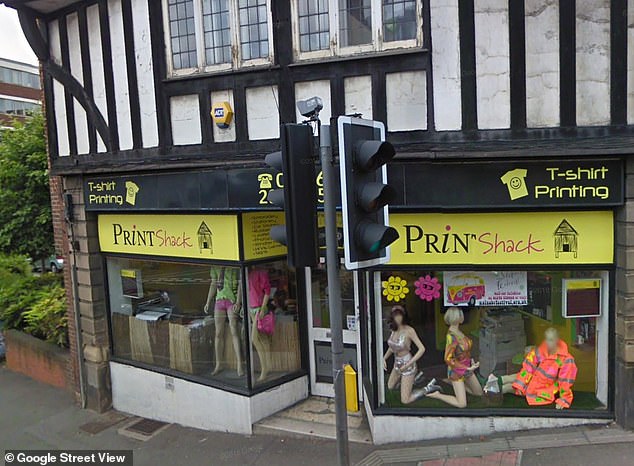 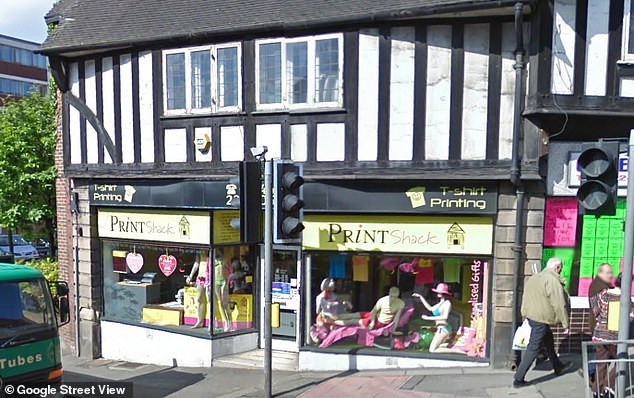 In May 2011, the store owners opted to embrace a summer theme with a male mannequin reclining on a sun lounger and two female mannequins knelt beside him in bikinis.

There’s been female mannequins in builders protective gear and camouflage – always without pants. A questionable football theme scene that seems to show the male mannequin touching a female’s breast.

And several family scenes, one of which interestingly includes a male mannequin wearing nothing but a very short apron. 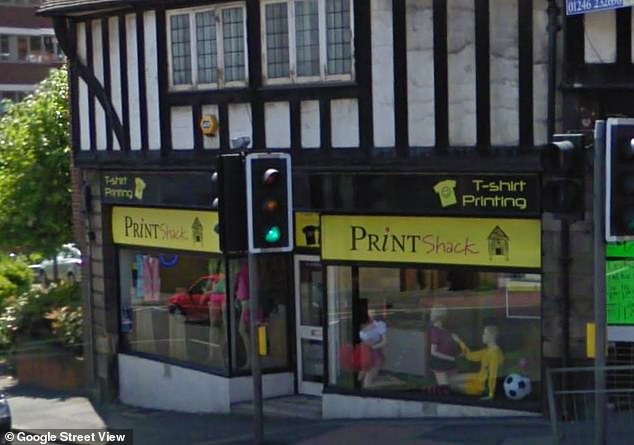 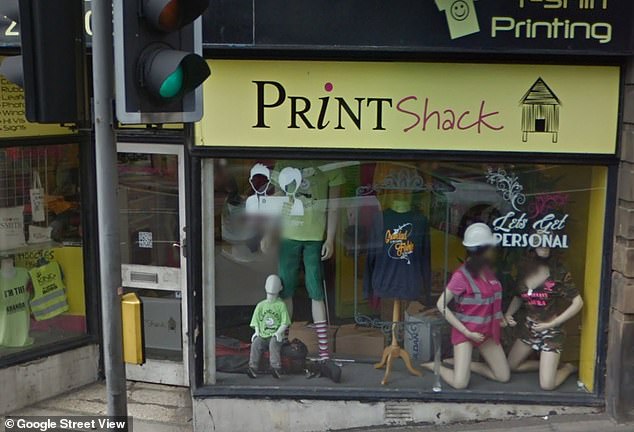 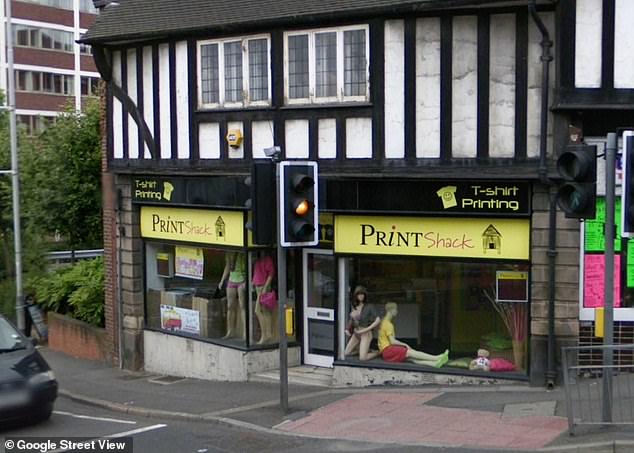 In Aug 2008 the owners opted for a simplistic window, a male mannequin sat with his back to the female model while a stuffed bear joined them nearby 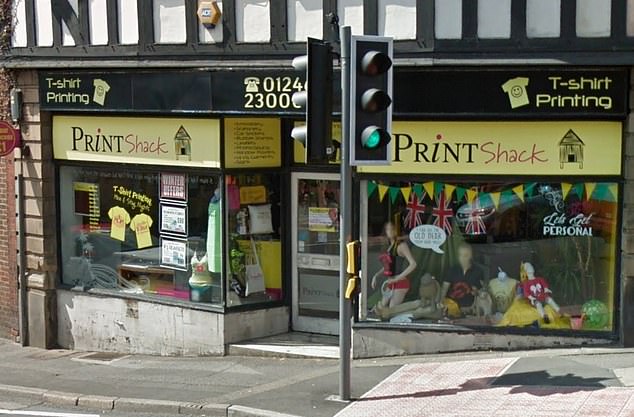