Teenager, 18, and her brother, 20, discover they are actually TWINS despite being born two years apart after being conceived on the same day through IVF

These stunning siblings have gone viral after revealing they are twins despite being born nearly two years apart.

Growing up, Sarah Sargent, 18, said she had absolutely no idea that her older sibling Will, 20, was her twin brother until two years ago when her parents officially told them.

The siblings were conceived on the same day, at the same time through IVF, from the same batch of embryos – but instead of being implanted at the same time, Sarah was ‘kept in the freezer’ for a further 18 months.

Sarah, from Hobart, Tasmania, shared her incredible story on TikTok, where it rapidly went viral and has since received over nine million views. 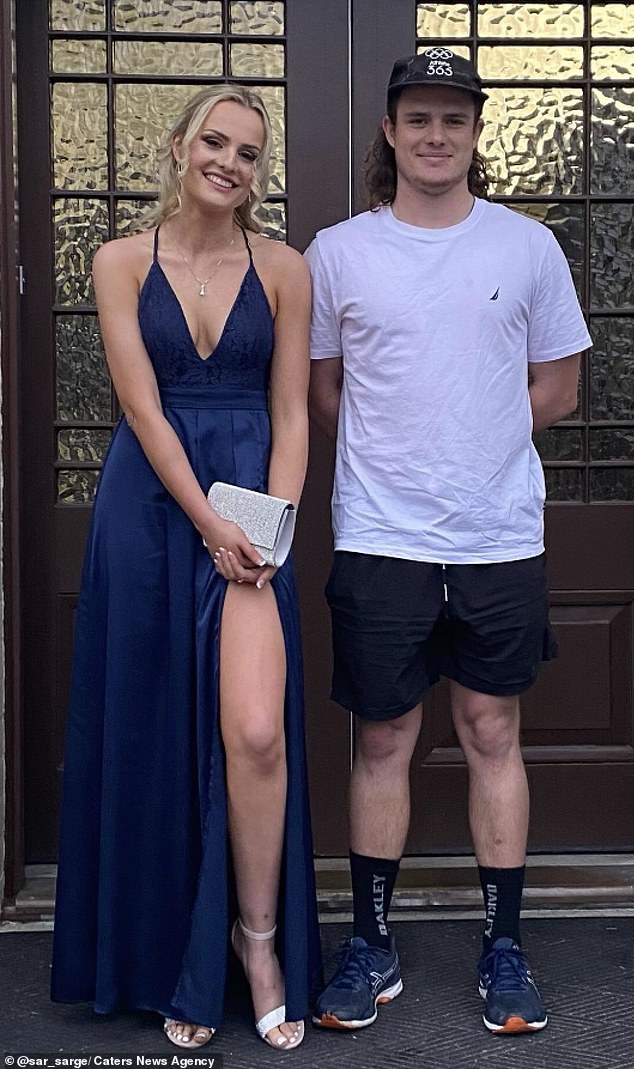 Growing up, Sarah Sargent, 18, from Tasmania, she had absolutely no idea that her older sibling Will, 20, was her twin brother until two years ago when her parents officially told them 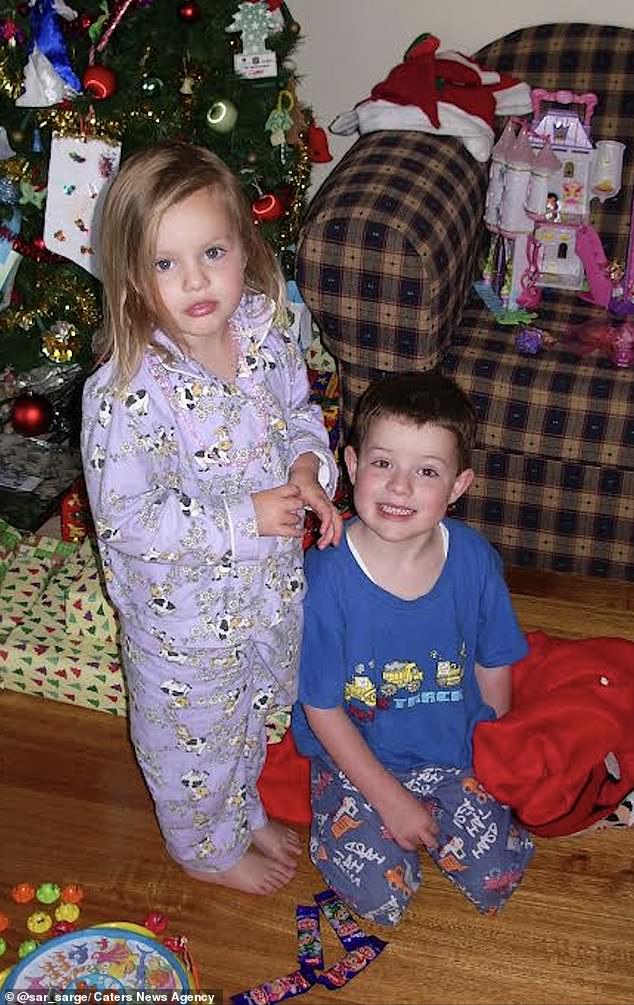 Sarah Sargent on the left and her twin brother Will Sargent as children. The siblings were conceived on the same day, at the same time through IVF, from the same batch of embryos 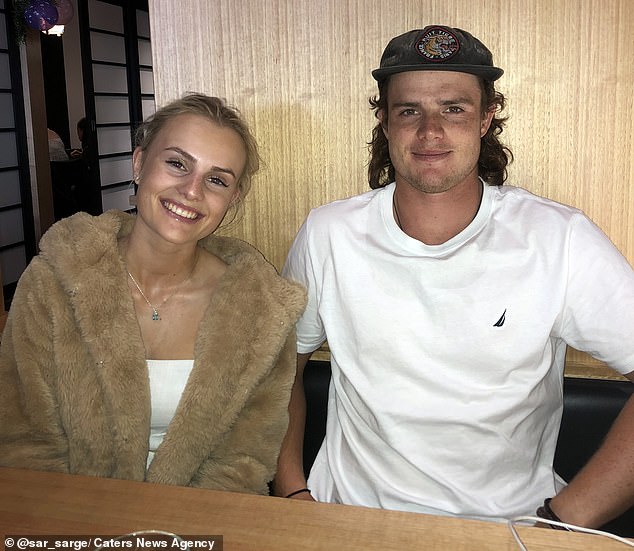 University student Sarah, pictured with twin brother Will, shared her incredible story on TikTok, where it rapidly went viral and has since received over nine million views

The university student said: ‘My parents had children using IVF. Mum produced lots of eggs with each IVF cycle.’

‘The clinic attempted to fertilise all the eggs and had a reasonably high success rate. The embryos are examined and the strongest two are used first.’

‘One of these embryos went full term and that’s when my brother was born. The other embryos are frozen so that they are available for implantation in the future.’

‘I was one of these embryos and I was defrosted and implanted around 12 months after my twin brother Will was born, in January 2001.’ 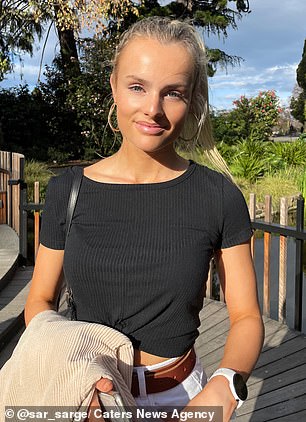 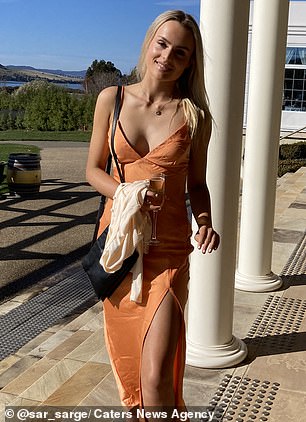 Neither Sarah nor Will had any idea that they were biologically twins until two years ago, when their parents broke the news.’ 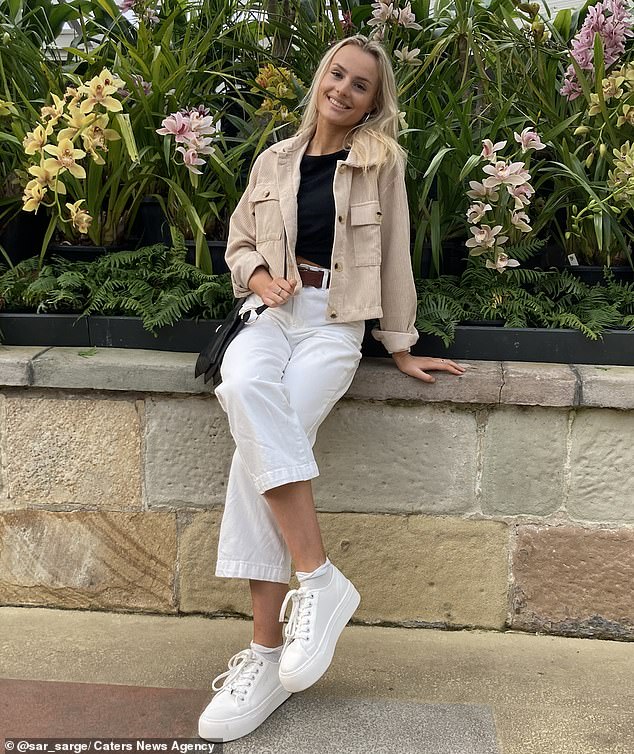 ‘We are twins because we were formed in the same womb, but they took me out and put me in an IVF freezer as an embryo for two years.’

‘Had our embryos fertilised naturally, my brother and I would have been non-identical twins born at the same time.’

Neither Sarah nor Will had any idea that they were biologically twins until two years ago, when their parents broke the news. 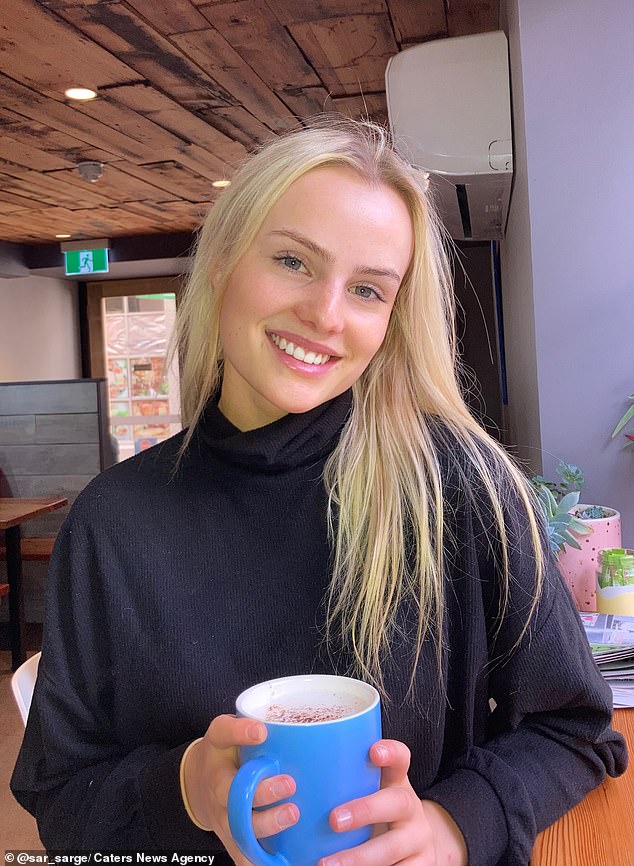 While Sarah knew her parents had IVF to conceive, she had no idea that they were biologically twins

The teenager said she was shocked and could not believe that she and her older brother were really twins.

She said: ‘While I knew my parents had IVF to conceive, I had no idea that we were biologically twins. I found this out when I was 16.’

‘My dad was driving me to school, and I was saying that I was convinced I was adopted because I thought that I looked and acted different than everyone else in my family, especially my brother.’

‘He then said ‘well, I know for a fact you aren’t adopted because Will is your twin brother’. 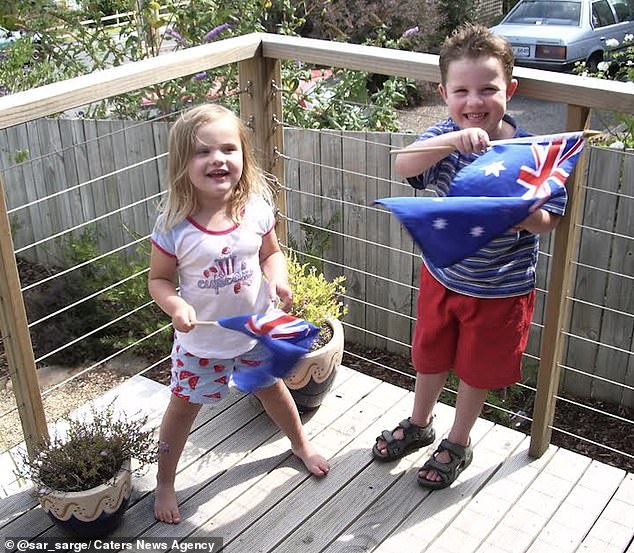 Sarah and Will pictured as children: When her father explained they were twins, she presumed her dad was joking and said that it would be impossible because she’s two years younger 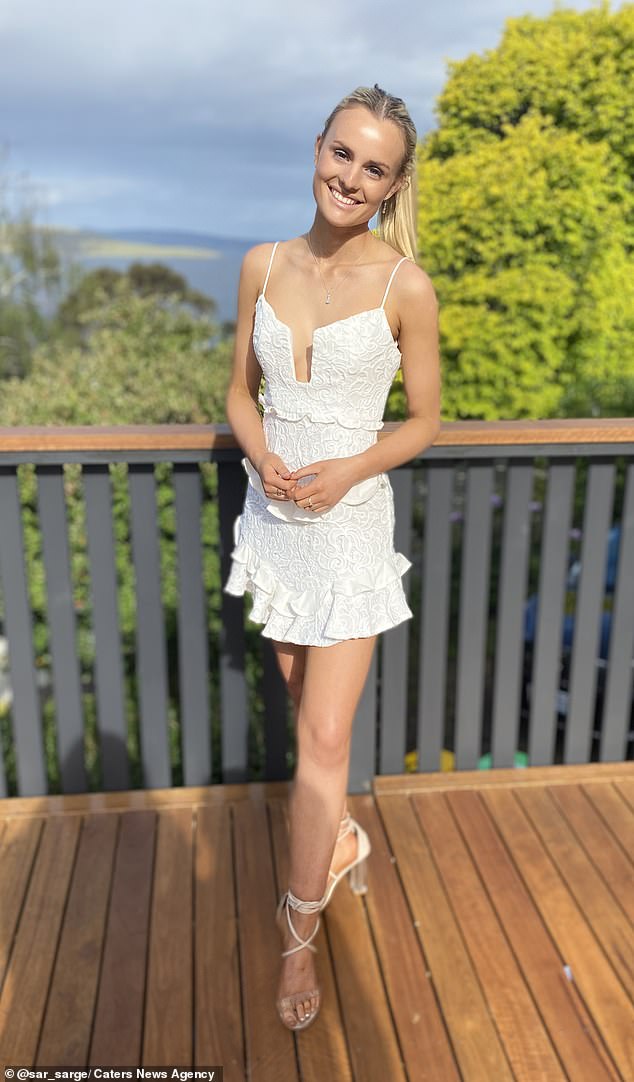 ‘Naturally I presumed he was joking and said that it would be impossible because I’m two years younger. That’s when he explained the full story to me.’

‘I was pretty confused about us being twins. When my dad explained that I was in the freezer for two years, I honestly couldn’t believe it.’

‘That was the craziest part of the whole story for me.’

‘The reason they didn’t tell us sooner is because they wanted to wait until we were old enough to understand.’ 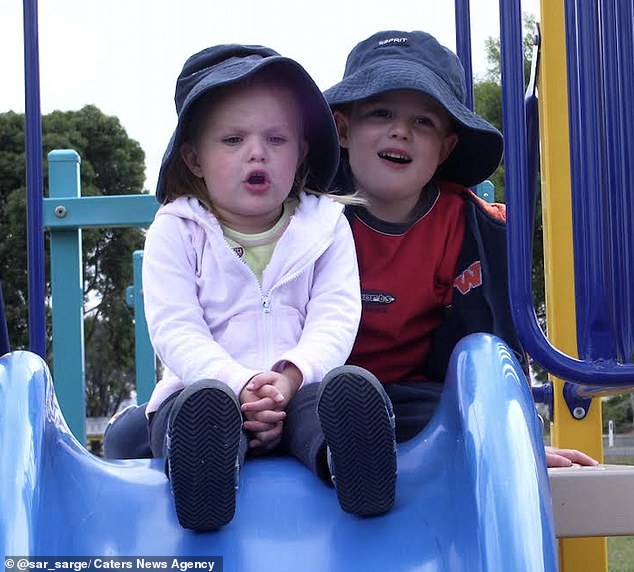 Sarah and her twin brother Will as children. She said that her parents made the right decision not to tell them they were twins until they were older because it’s ‘complicated’ to understand

‘I totally get that, as it is a complicated thing to get your head around and some maturity definitely helped me with it.’

The teenager’s video has since racked up over 9 million views on the app.

She added: ‘It has really taken me up until a few of months ago to properly accept it and I am still amazed by it to this day.’ 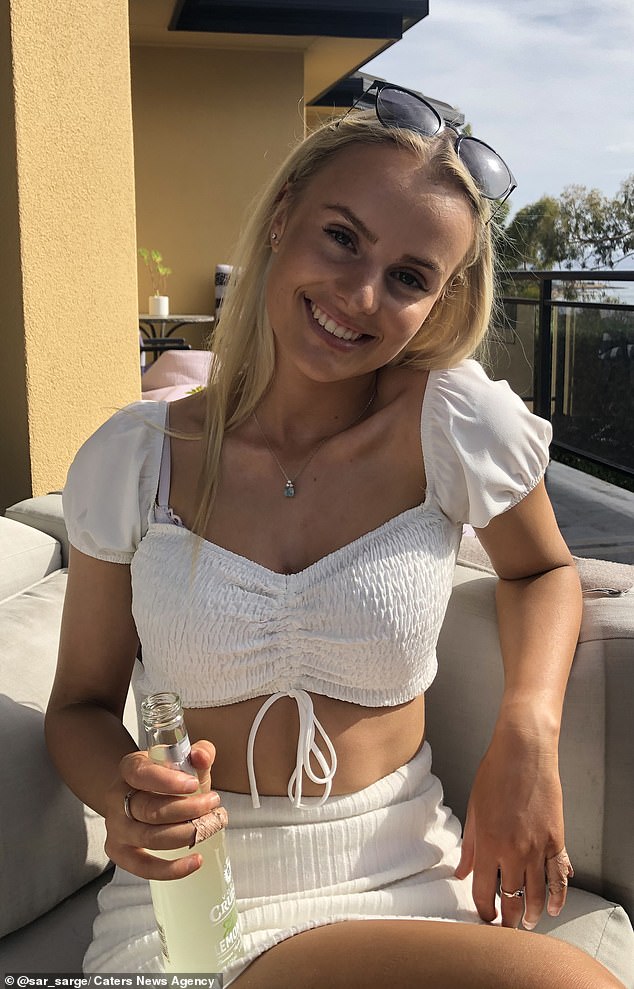 Sarah said that despite finding out the news two years ago, it was only a few months ago that she really understood and accepted it

‘It wasn’t until I posted the story to my TikTok and it blew up to over nine million views that I realised how cool it actually is.’

‘I never imagined that the TikTok would go viral the way that it did.’

‘The news hasn’t changed my brother and I’s relationship at all. We’ve always been great friends.’

‘If anything, it has made us closer. I think there is something about having a twin that is really special.’

HOW DOES IVF WORK?

The menstrual cycle is first suppressed with medication before other drugs are used to encourage the ovaries to produce more eggs than usual.

An ultrasound scan is carried out to check the development of the eggs, and medication is used to help them mature.

The eggs are then collected by a needle inserted into the ovaries, via the vagina, before the eggs are fertilised with sperm.

Finally the fertilised embryo is transferred into the womb to grow and develop.

Despite IVF being most effective for the under 35s, 57 per cent of IVF cycles are undergone by women 35 or older.