U.S. Army 1st Lt. Kanwar Singh considers his hair and turban an essential part of his religious faith. “We believe God’s creation is perfect. And so, that’s why I keep my hair unshorn.” But in order to serve in the U.S. military, rules state that Singh would have to cut his hair and remove his turban.

“For a Sikh, to cut your hair, to remove your turban would be like asking to remove a body part,” says Harsimran Kaur, Senior Counsel at the Sikh Coalition.

For a devout Sikh like Singh, all he wanted was to keep his articles of faith intact and to serve the United States of America. Singh spent years fighting for his faith and his country. It took years of perseverance.

Watch the video above to see Singh proudly serving in the U.S. Army. 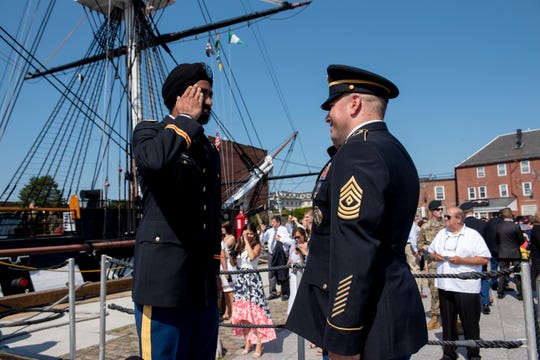