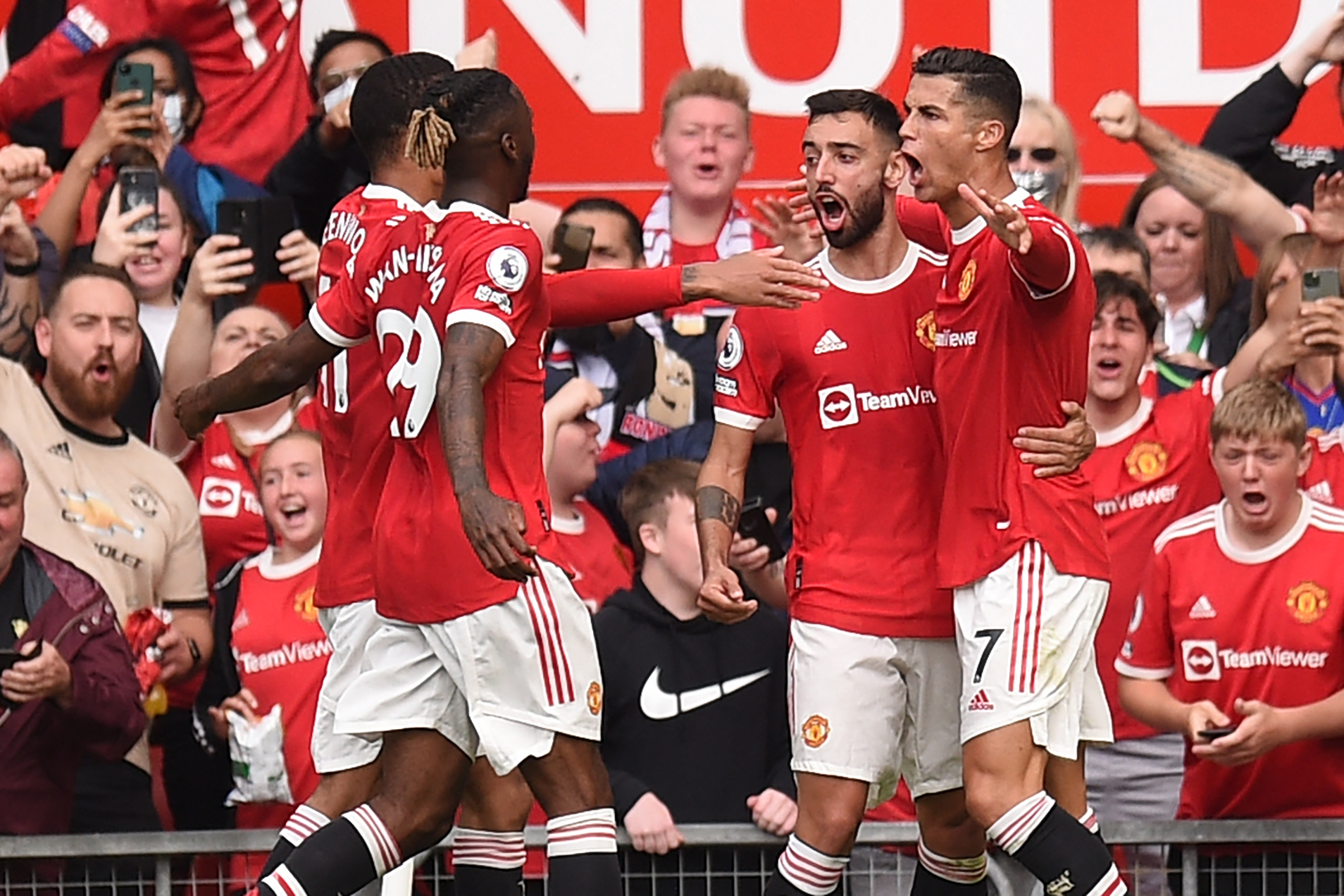 Cristiano Ronaldo delivered a speech to his Manchester United team-mates ahead of his second debut, Ole Gunnar Solskjaer has revealed.

Unsurprisingly, the Portuguese made all the headlines in United’s 4-1 win over Newcastle at Old Trafford as he netted twice.

Plenty of talk around Ronaldo’s return to the club from Juventus this summer has dominated the media, but it seems ahead of the Newcastle game the forward was keen to show his appreciation to his team-mates.

‘Ronaldo did a speech to the boys last night. It’s just perfect for him, you see what he’s about, sensing the moment, smelling the danger,’ Solskjaer said.

‘But he’s also evolved into a proper team player.’

Jesse Lingard and Bruno Fernandes also got on the scoresheet in the second half as a packed Old Trafford crowd lapped up the attacking display.

Solskjaer admitted there was never any doubt Ronaldo would not start on his return with some reports previously suggesting he may have come off the bench.

Asked if he considered not starting Ronaldo, the Norwegian replied: ‘No. Of course not. This is what Cristiano is about. This was a day for everyone to enjoy.

‘When you win a game you enjoy it. When you see fans being happy you really enjoy it.

‘There were loads of expectations today. They all delivered.

‘We have to deliver every time. That’s Manchester United. It doesn’t change.

‘Cristiano Ronaldo has developed into a fantastic goalscorer. He played a very good game, He dropped in, linked play well.’

Victory for United sent them top of the table and maintained their unbeaten start to the season.

With Fernandes pulling the strings in midfield and Ronaldo now providing the goals, plenty feel United will mount a serious title challenge this year.

But Solskjaer refused to get carried away on where he sees United finishing this season.

‘Good players can always play together. They [Ronaldo and Fernandes] have a mutual respect and play for Portugal together,’ he said.

‘It’s too early for me to predict where we’ll end up. We have to be consistent and let’s see where we are.

‘It’s changed [the atmosphere]. A few months back you think how it was here. This is what Man Utd supporters should feel like.’