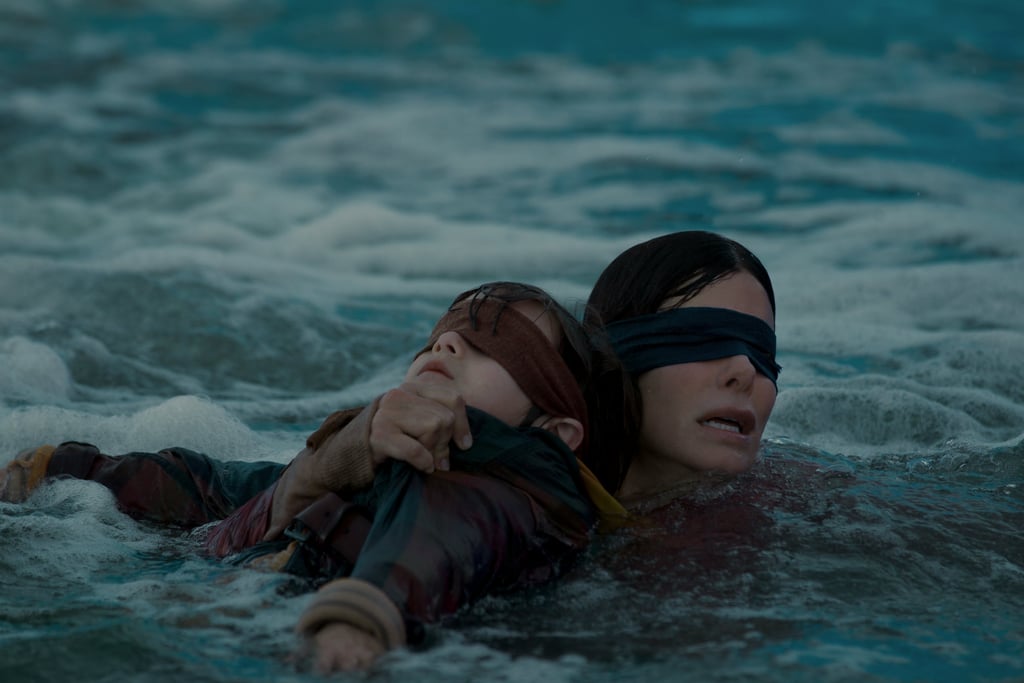 At this point, you’ve probably come to the realization that, while Bird Box is a decent Netflix horror film, the hilarious memes it’s inspired have been an even more incredible gift to us all.

In addition to perfect observations about lines of dialogue like “I CHOOSE WHO LOOKS” (and the beauty of shirtless Tom), the Sandra Bullock sci-fi flick has also given rise to a very specific meme on Twitter involving two other horror films: Hush, which is about a deaf woman outwitting a serial killer, and A Quiet Place, which follows a family struggling to escape detection from aliens that hunt by sound.

So, Hush = “can’t hear,” A Quiet Place = “can’t speak,” Bird Box = “can’t see,” and the final part of the equation is made complete by a surprise fourth image, which you can see in the A+ tweets ahead. And then, once you’re done laughing, find out what the creatures in the film really look like, according to Bullock (warning: you’ll start laughing all over again).