"We miss you, Chadwick, we're going to celebrate your life," Lee said on Saturday, Aug. 29, during his annual Brooklyn MJ Block Party. 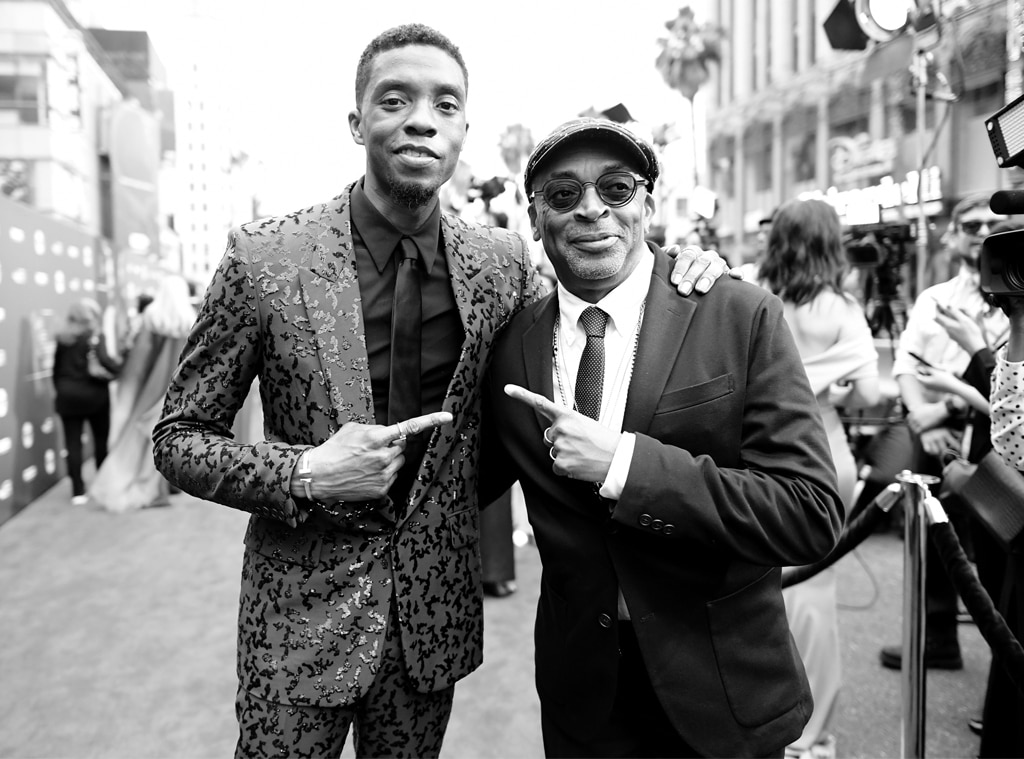 Spike Lee is remembering Chadwick Boseman in a special way.

The acclaimed director reminisced and opened up about his experience working with Boseman in the 2020 film Da 5 Bloods. During his annual Brooklyn MJ Block Party for Michael Jackson's birthday on Saturday, Aug. 29, Lee honored Boseman with a heartfelt tribute.

Before starting his block party, Lee expressed his heartache after learning about the Black Panther star's death. On Friday, Aug. 28, Boseman passed away at the age of 43 following a private battle with colon cancer.

The director said he was "floored by the crushing news and loss of a great brother." Shortly after, he dedicated Jackson's song "Gone Too Soon" to him.

In addition to the song, Lee honored the actor in another meaningful way. He gave viewers more insight into what it was like working with Boseman on his film Da 5 Bloods, which released earlier this year and marked one of the actor's final projects.

"We filmed Da 5 Bloods in Thailand, and it was hot, jungles, mountains, and Chadwick was there with us all the way. I never, ever suspected that anything was wrong. No one knew he was going through treatment, chemotherapy," Lee shared.

He added, "A trooper. He never complained. He was there every single minute, in the moment, and his performance is testament to what he put into that role and all his roles."

Lee explained there was a scene in his movie that had to be cut out due to restrictions on using Marvin Gaye's music, however, Boseman's performance was moving. "That scene got me when we were shooting it," Lee recalled. "Watching that again this morning just tore me up."

"We miss you, Chadwick, we're going to celebrate your life," Lee concluded.

According to a statement on Boseman's social media accounts, he died at home, with his wife, Taylor Simone Ledward, and family by his side.

"It is with immeasurable grief that we confirm the passing of Chadwick Boseman. Chadwick was diagnosed with stage III colon cancer in 2016, and battled with it these last 4 years as it progressed to stage IV," a statement read. "A true fighter, Chadwick persevered through it all, and brought you many of the films you have come to love so much."

"From Marshall to Da 5 Bloods, August Wilson's Ma Rainey's Black Bottom and several more, all were filmed during and between countless surgeries and chemotherapy. It was the honor of his career to bring King T'Challa to life in Black Panther," the statement continued. "The family thanks you for your love and prayers, and asks that you continue to respect their privacy during this difficult time."

Lee isn't the only one to praise Boseman. Click here to read through the special tributes and messages shared in his honor.