Hunter Parr and Alexis Maloney’s time on The Ultimatum was brief but played a critical role in making their happy ending happen.

Decision Time! Meet the Cast of Netflix’s ‘The Ultimatum’ in New Trailer

“Where we were in our relationship, we were at kind of a point where I was ready to get engaged. Hunter was dragging his feet and wanted to live together before getting engaged. I really wanted to stand true to what I believed in,” Alexis began during an exclusive interview with Us Weekly, noting that she wanted Hunter to be “100 percent confident” before getting down on one knee. “So going through this cool experience, not only will we get to watch it back, we’ll get to share it with our kids one day because it was a great experience for us. [We thought], ‘Why not? We’ve kind of did it all before. Let’s try reality TV.’” 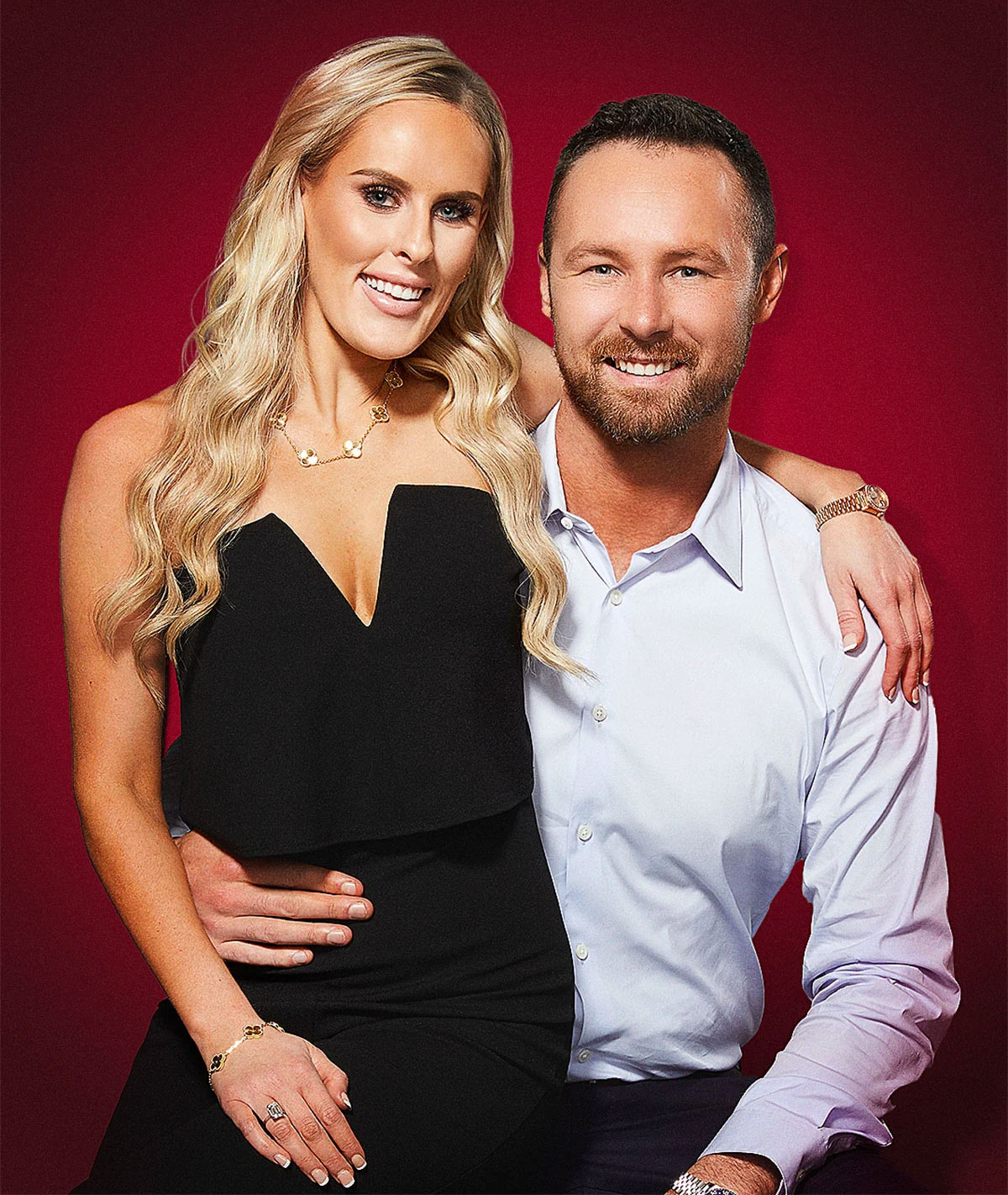 The Ultimatum follows six couples on the brink of getting engaged. However, since one person in the relationship is hesitant to pop the question, the contestants are instructed to switch partners and participate in a trial marriage with another cast member for three weeks. After part one, they go back to their original significant other for another three weeks before deciding how to move forward.

Celebrity Engagements of 2022: Stars Who Got Engaged This Year

“There was never a ton of hesitation, but we definitely had to do a lot of discussion,” Hunter added of joining the show, created by the same team behind Love Is Blind. “I wouldn’t say I was completely closed off to the idea, initially. I mean, Alexis was very excited about the opportunity. … Reality TV [is] not something I was naturally attracted to or thought I would ever be on. But after discussing it with Alexis, after going through the whole process, I felt a lot more comfortable with it and felt like, ‘Hey, this could be a good experience. It could be a good opportunity for us to, you know, answer that question and kind of move our relationship forward.’”

While their costars were trying to pick their new partners for the first part of the experiment, however, Netflix viewers watched Hunter opt to propose to Alexis. 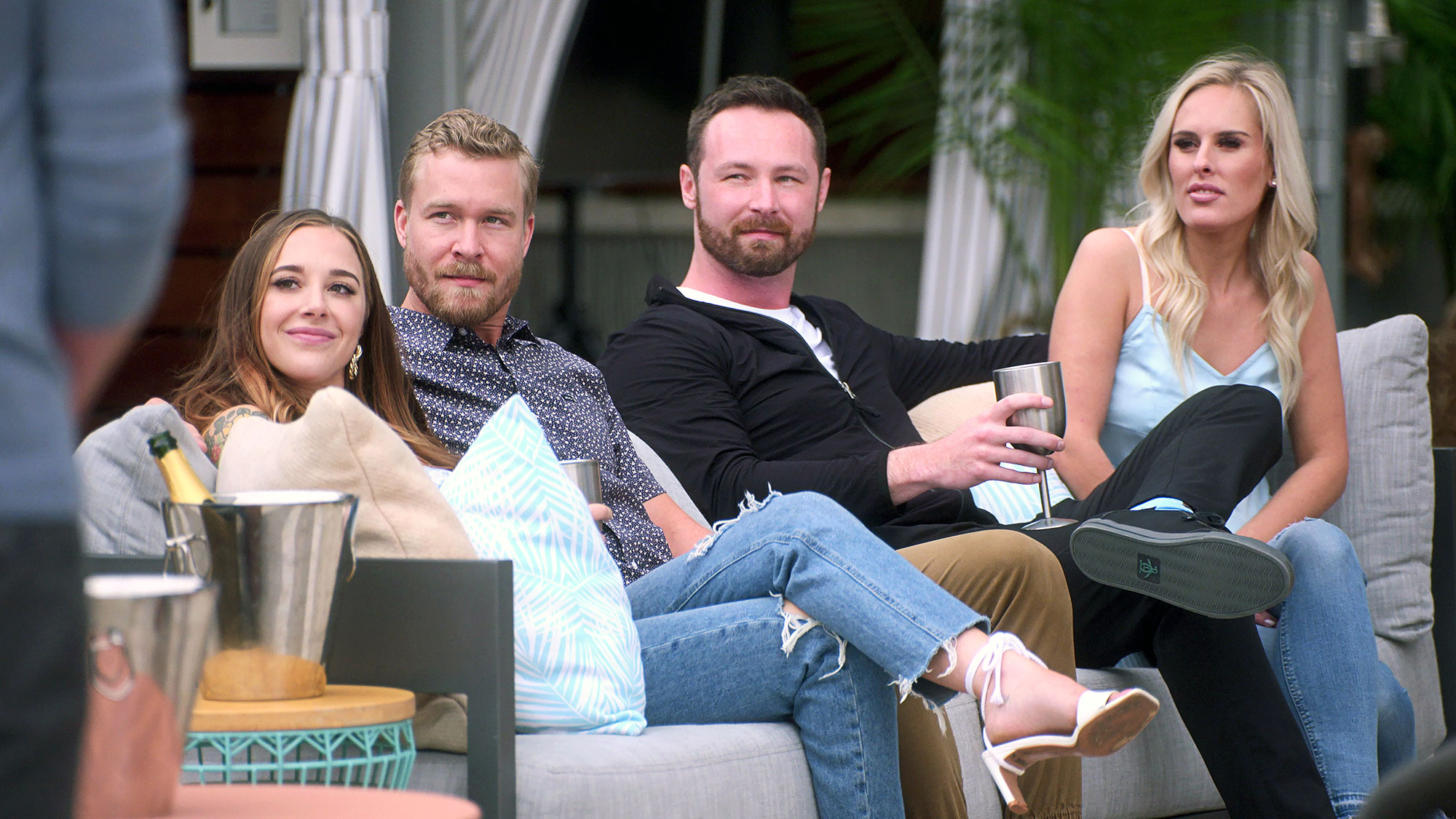 “I made the decision the night prior. During the mixer that we had the night before was the first time I actually got to see Alexis and interact with her one-on-ones since starting the show,” Hunter told Us. “And that really helped sort of solidify a lot of the feelings that I was having around, ‘Hey, do I want to propose or do I not? What is it like for me dating all of these people then coming back and being with Alexis?’ I really wanted to answer for myself, how would I feel? And we really kind of dived right back into our relationship. It was great to see her. I really felt a strong connection with her upon being with her again, [which] made me realize, ‘OK, all of these connections that I was having and making with the other women were because of personality traits that Alexis already had.’ So I was like, ‘OK, I’m ready to propose, let’s do this.’ And so the night before I knew, and it was very difficult for me to keep it quiet because all I wanted to do was interrupt her when she was expressing how much pain she was in.”

Couples Who Survived the Reality TV Curse (So Far)

He added: “I had to surprise her. I thought, you know, ‘Alexis likes surprises and I had to deliver on a big moment.’”

Overall, Alexis told Us that she was shocked when Hunter proposed, but she never imagined leaving the show without him as her fiancé.

“I’m gonna be honest. I only really thought about walking out engaged. I was asked a bunch of times, ‘What happens if you guys don’t end up engaged?’” she told Us. “And truthfully, I’m confident enough in myself, my worth and I’ll figure it out. It’ll be hard, but I only thought of like, ‘OK this is the person I wanna be with. It’s gonna happen. We’re gonna end [up] together. And I just gotta trust the process.’”

Season 1 of The Ultimatum is streaming on Netflix.