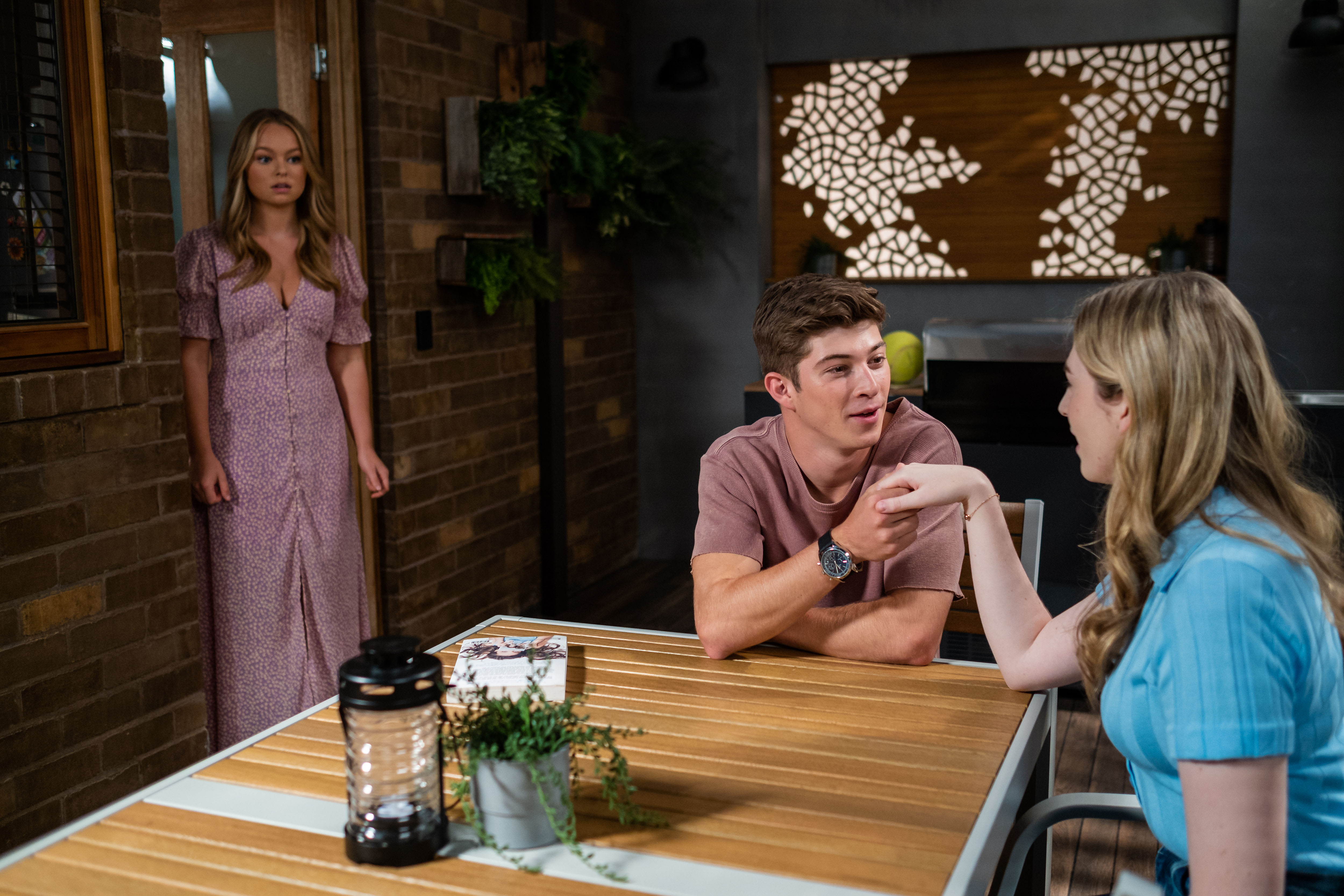 Hendrix’s (Benny Turland) recent health scares have put a dampener on things with him and Mackenzie (Georgie Stone) in Neighbours, but is he about to get his mojo back?

Hendrix has been on a downwards spiral after a routine check-up led him to believe he has testicular cancer. His firm beliefs that he was dying saw him push his loved ones away and grow more and more detached.

After hitting breaking point, Mackenzie decides they, or namely she, needs a break before she’s forced to walk away from him for good.

The break is tough for both of them; Hendrix has lost his rock and all Mackenzie wants is to be there for him. But it does the trick as she is delighted when he invites her over to play video games. Initially, neither of them realises that the other is secretly hoping this meet up might mean more, although when the banter turns into a saucy make-out session, it becomes crystal clear these two still very much have the hots for each other.

But as things start getting steamy, they’re interrupted – by Harlow, of all people. She is looking for support from her friends and is not ready to see what she’s walked in on.

But Hendrix and Mackenzie have learned something from their encounter – they both think the other is ready to take things to the next level. Kyle (Chris Milligan) and Roxy (Zima Anderson) are concerned they’re taking things too quickly and both separately advise them to let the other one take the lead in the bedroom.

Believing the advice to be golden, Mack and Hendrix both stick to their friends’ words, but by doing so they end up in a very tricky situation indeed.