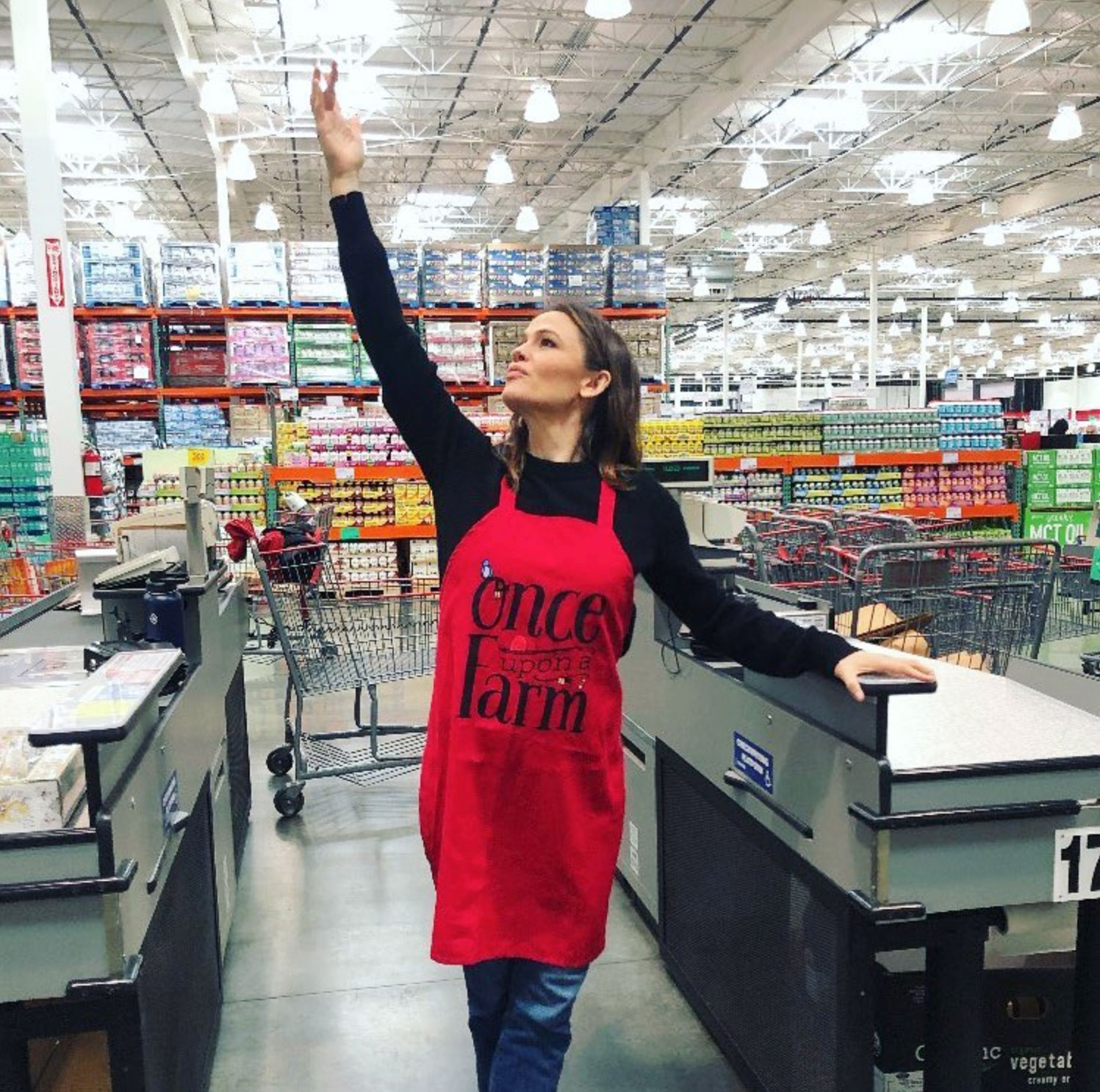 Attention Costco shoppers: Jennifer Garner has a little something she’d like to share! The actress, 46, was spotted in a California outpost of the popular big-box store on Wednesday, February 27, urging customers to take a taste of some kid-friendly smoothies. 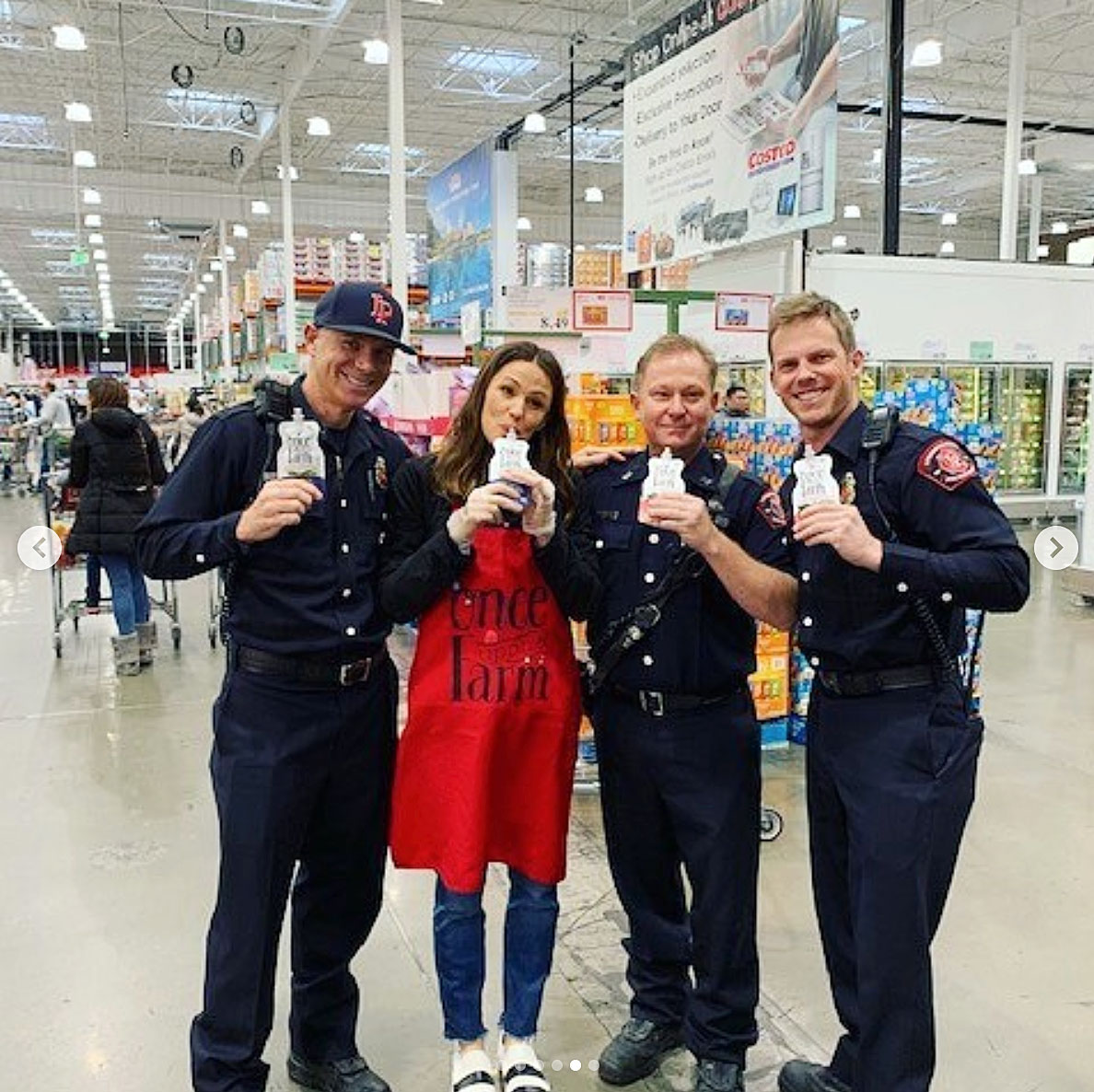 The scrumptious and healthy drink the Camping star was hawking, however, isn’t just any nutrient-packed, fruity beverage. In 2017, Garner cofounded the organic baby food line Once Upon a Farm with Cassandra Curtis, Ari Raz and former Annie’s president John Foraker. The samples she was encouraging others to try were actually from that label. The brand specializes in organic food for babies, toddlers and kids.

The Once Upon a Farm Instagram account lauded the Alias alum’s efforts with a cute slideshow of pictures showing her hard at work. “Hello @costco Our co-founder @jennifer.garner served up smoothie samples this week! Look for our #coldpressed #smoothie 8-packs in select Los Angeles & Bay Area stores,” the caption reads, adding that customers can find the product in the refrigerated section of the wholesale retailer “near the yogurts.”

In one photo, the mom of three – who shares children Violet, 13, Seraphina, 10, and Samuel, 7, with ex Ben Affleck – is shown standing triumphantly in a checkout aisle wearing a Once Upon a Farm apron. In subsequent snaps, the Golden Globe winner holds a pint-sized fan and is seen enjoying her own tasty smoothie alongside several grownup admirers.

By the looks of it, Garner’s company has many vocal fans eager for some samples. “Please come to Texas Costcos,” wrote one Instagram user. Added another: “I hope these make it to the @costco stores in Northern Virginia!”

Believe it or not, this actually isn’t the first time the Texas native has visited a grocery store in the hopes of getting consumers (big and small) to try Once Upon a Farm’s products. In August 2018, Garner stopped by a Cincinnati Kroger and faced a slightly less enthusiastic crowd. “I’m really busy,” said one shopper she tried to entice.

Still, Garner’s dedication to the company is clear. “As a mom of three and Save the Children artist ambassador, I am passionate about childhood nutrition and making sure we are leaving a healthier and happier planet for the next generation,” she explained in 2017. “Once Upon a Farm helps parents keep their promise to deliver the best nourishment for their children’s bodies and souls.”