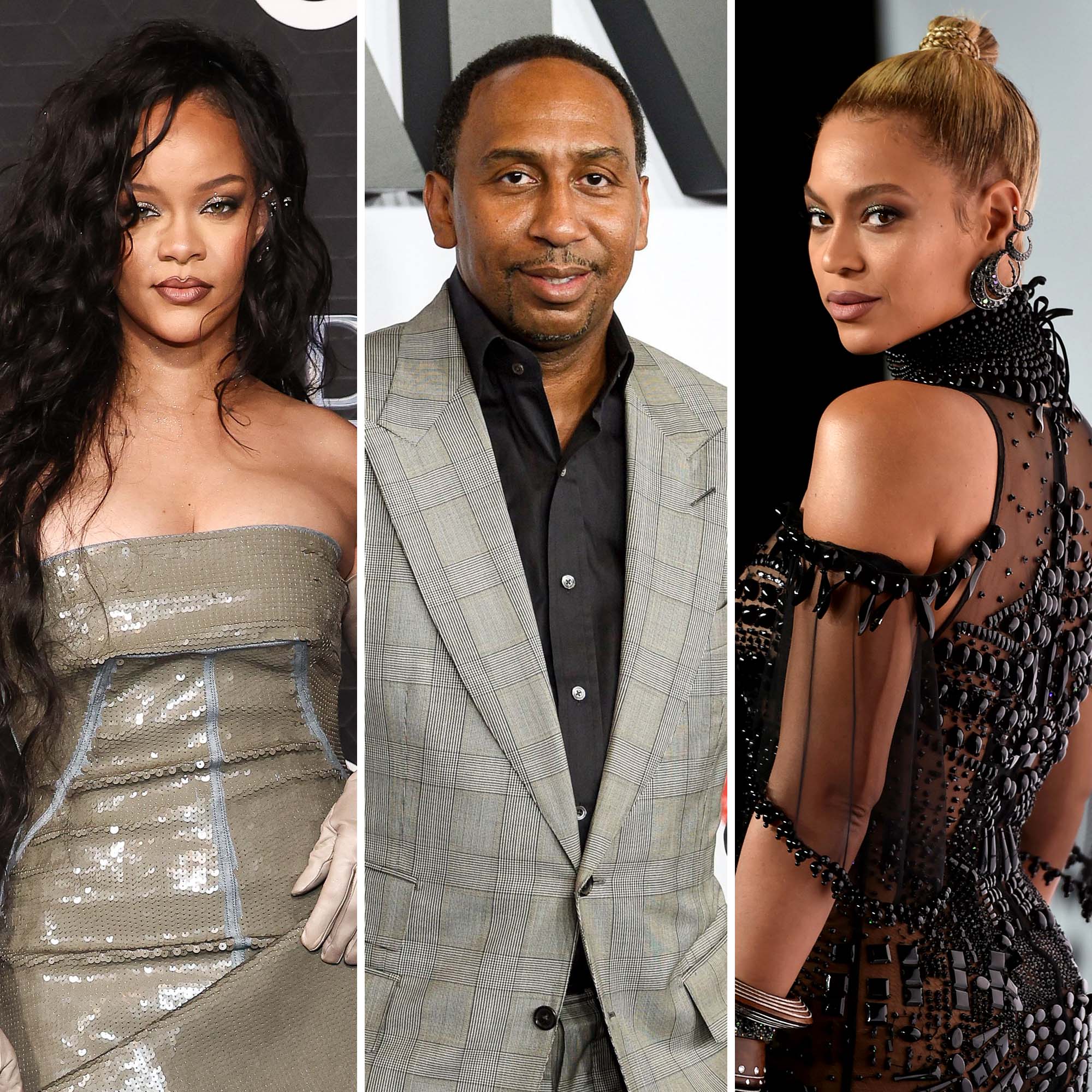 2000s Pop Stars, Then and Now: Hilary Duff and More

The sports journalist, 55, originally faced backlash after he weighed in on Rihanna’s planned performance.

“I don’t want to say I’m not excited. She’s fantastic. That’s not where I’m going with this. She’s a lot of things. She’s spectacular,” the New York native said during an appearance on Sherri, which aired on Wednesday, January 18. “There’s one thing she’s not. She ain’t Beyoncé. The only reason I brought up Beyoncé is because Beyoncé recently performed at the Super Bowl. And without Bruno Mars and Coldplay.”

Smith later praised the “Umbrella” singer, 34, on the talk show for her “fantastic” music, adding, “I’m just telling you for me, there’s Beyoncé and there’s everybody else.”

Shortly after clips from the interview went viral, Smith took to social media to issue an apology.

“I’m gonna own it. I know what y’all trying to do. But I’m going to own it because I get paid to speak for a living, so I need to be more careful,” he said in an Instagram video on Wednesday. “I want Rihanna to know: You’re a superstar, you’re sensational, you’re spectacular. You’re no joke. And you are a worthy person to be doing the Super Bowl halftime show.”

Rihanna Through the Years: From ‘Pon de Replay’ to Lingerie

The TV personality claimed that the issue to his response came from Sherri Shepherd‘s audience being largely female.

“Now I’m a Beyoncé fan. I think that Beyoncé is not only a phenomenal performer, but the phenomenal performer,” he continued. “And the only reason any kind of comparison came into play is because Beyoncé performed at halftime at the Super Bowl not just by herself, but one separate Super Bowl performance with Bruno Mars and Coldplay. And I thought that those were two of the greatest shows that I’ve ever seen.”

Smith noted that “anybody has to measure up” to the Texas native, 41. “Anybody who does a Super Bowl halftime show, forever I’m gonna say, ‘Beyoncé, Bruno Mars, Coldplay, and Beyoncé by themselves,’” he concluded. “Michael Jackson could still be alive and I would say, ‘It’s gotta measure up to that.’”

The radio host also walked back his comments by referring to it as a “horrific mistake,” tweeting, “Something that was supposed to be a fun moment on the Sherri Shepard show has gotten out of hand. An overzealous member on my MGMT team — which has access to my account — posted something I would NEVER say about @rihanna, her fans or any other artist.”

Smith added: “The post has been removed. My social management team will never make a mistake like this again. My apologies again to @Rihanna. And just to be clear, I’m a huge fan. Sherri and I were just having fun. That is all.”

Following a hiatus from performing live and six years since her last album, Rihanna will be making a comeback during the sporting event on February 12 at State Farm Stadium in Glendale, Arizona. The event comes nearly a year since the Fenty Beauty founder gave birth to her first child, a baby boy, with boyfriend A$AP Rocky.

The rapper, 34, recently gushed about his girlfriend’s upcoming gig. “I’m so glad that my lady’s back making music again and whatnot, and getting back out there,” he told Zane Lowe on Wednesday. “It’s just incredible. The Super Bowl is huge, and her being the creative she is, she going to bring it, man. I’m excited. I’m more excited than everybody else, honestly.”

Rihanna, for her part, explained how motherhood inspired her to say yes to the opportunity.

“I feel like it was now or never, really,” she told Extra in November 2022. “There’s this weird s—t that happens when you become a mom — that you just unleash or unlock other parts of your superpower. I wanted to take on the challenge and I wanted to do something that would force me to get back onstage.”