STEPHEN GLOVER: How rich of privileged politicos to make the poor pay for their eco-zealotry

How easy it is for high-minded rich people to lay down the law for poorer folk. They often haven’t the faintest idea of the effect of their expensive recommendations on ordinary lives.

The most recent example comes from the Committee on Climate Change (CCC), a quango which advises the Government on measures to tackle climate change. Yesterday it called for oil-fired boilers to be phased out by 2028, and gas boilers by 2033.

If you factor in insulation, which the CCC also champions, the cost of installing heat pumps as alternatives to boilers could work out at a minimum of £8,000 per household. That is several times the price of a boiler. 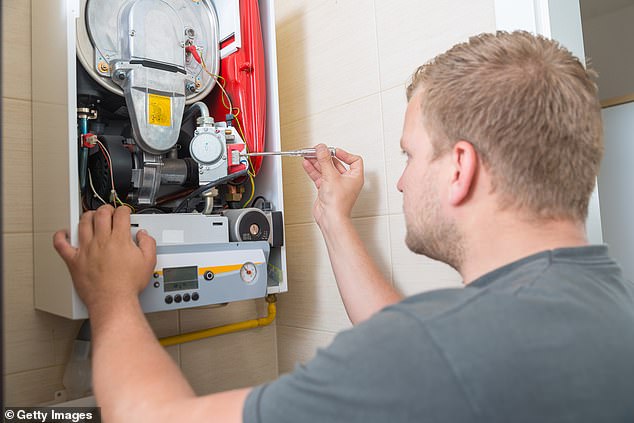 How easy it is for high-minded rich people to lay down the law for poorer folk. Yesterday the CCC called for oil-fired boilers to be phased out by 2028, and gas boilers by 2033 (file photo of a gas boiler)

Chris Stark, chief executive of the committee, whose handsome annual remuneration is £205,000, says that ‘a large proportion’ of the expense ‘should be met by households’, though he holds out the hope that the Treasury might help poorer people.

Mr Stark recently asserted that the costs of reaching zero carbon emissions by 2050 — the Government’s existing target, based on the CCC’s advice — will be much less than previously thought.

Not, it seems, when it comes to splashing out on new heat pumps. But I suppose that if you are scraping by on £205,000 a year, an outlay of £8,000 must seem a pretty derisory figure.

Another person who won’t be fretting about the cost of installing a heat pump is the CCC’s chairman, Lord Deben. Readers may remember him as John Selwyn Gummer, who as Minister of Agriculture during the BSE crisis in 1990 made his four-year-old daughter eat a beef burger in front of the media.

Lord Deben is not short of a bob or two. Last year it was revealed that he and his family own Sancroft International, a sustainability consultancy which has received more than £600,000 from ‘green’ businesses. Perhaps surprisingly, the House of Lords Commissioner for Standards exonerated him of any conflict of interest.

His lordship is fortunate to own a sprawling country house in Suffolk, with a garden that was landscaped for free in the early 1990s, partly at the expense of taxpayers, and partly as a gift from a food company. Selwyn Gummer (as he still was) justified this unusual arrangement on the basis that his garden was visited by EU farm ministers.

Though his sizeable mansion may well require a constellation of heat pumps to power it, and double-glazing on an industrial scale to retain heat, I think we can safely say that Lord Deben will be able to meet the costs without too much difficulty.

But will millions of others? And how will they feel about wealthy climate change zealots (there are others besides Lord Deben and Mr Stark on the CCC who aptly fit that description) loading substantial extra costs on them? 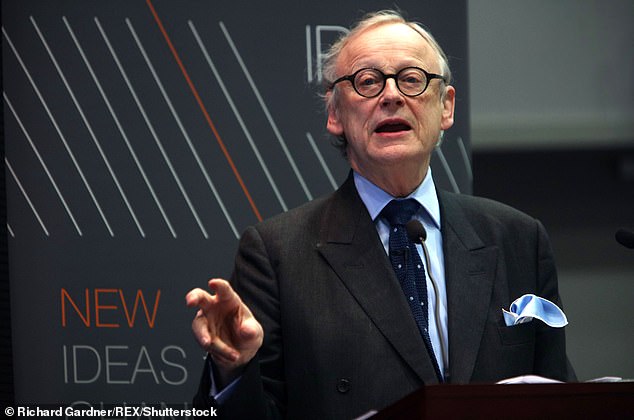 Another person who won’t be fretting about the cost of installing a heat pump is the CCC’s chairman, Lord Deben (pictured)

How, indeed, would these hard-pressed people feel if they knew that the climate change committee cheerfully despatches staff on taxpayer-funded flights rather than choosing greener alternatives?

A freedom of information request last year uncovered almost £10,000 worth of flights including a first-class return trip to Beijing costing £5,081. That particular jaunt produced an estimated carbon footprint of 9.2 tons of CO2 — some 6.1 tons more than the equivalent journey in economy.

Most people, I believe, are prepared to take climate change seriously, though they need to be reminded that the UK accounts for less than one per cent of all greenhouse gas emissions, and that this country’s painful sacrifices won’t make much impact globally.

What they do not appreciate is being instructed to spend large sums in an uncertain cause by rich people working for a shadowy and unaccountable quango which is guilty of rank hypocrisy.

Oh — I nearly forgot. Another impertinent demand by the CCC is that we should cut our consumption of meat by 20 per cent over the next nine years to help reduce emissions from cows and sheep. Lord Deben, having virtually shoved a burger down his daughter’s throat, will be telling his grandchildren to lay off beef.

Boris Johnson must pay heed to what is going on. He surely can’t believe that the ‘red wall’ ex-Labour voters whom he has promised not to betray will relish having to stump up large amounts of money in the foreseeable future to heat their homes.

And yet, although there is no evidence of hypocrisy on his part, he displays the impracticality and high-handedness of the lofty luminaries on the Climate Change Committee. 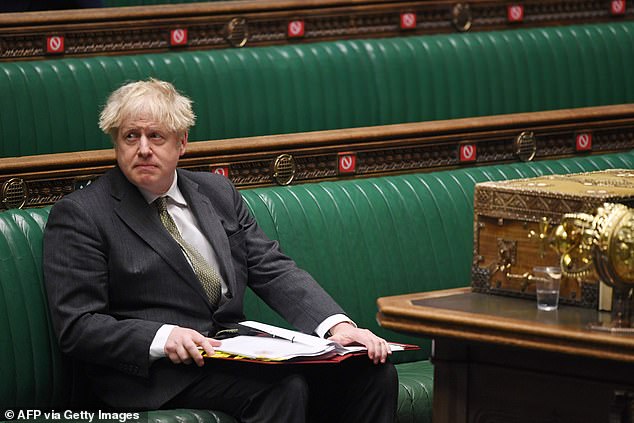 Boris Johnson must pay heed to what is going on. He surely can’t believe that the ‘red wall’ ex-Labour voters whom he has promised not to betray will relish having to stump up large amounts of money in the foreseeable future to heat their homes 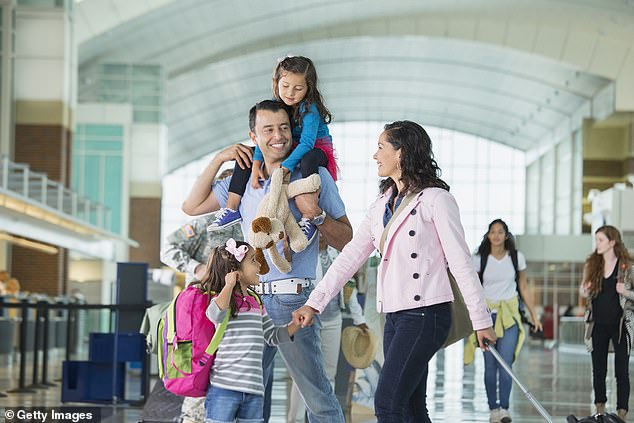 Most people, I believe, are prepared to take climate change seriously, though they need to be reminded that the UK accounts for less than one per cent of all greenhouse gas emissions, and that this country’s painful sacrifices won’t make much impact globally (file photo)

Until recently seemingly unconcerned by climate change — he drove a 15-year-old diesel ‘people carrier’ which spewed out noxious fumes — Boris has been converted to greenery by his fiancee Carrie Symonds, an environmental campaigner. He has the zeal of the recent convert.

The more he can bring forward already testing targets, the happier he is. Three weeks ago he announced that sales of new petrol and diesel cars will be banned from 2030, a decade earlier than previously planned.

The trouble is that electric cars (which at the moment account for a tiny 0.3 per cent of all cars on the road) are far more expensive to buy than petrol and diesel ones. The poor will suffer much more than the rich.

Moreover, the infrastructure for electric cars is practically non-existent, though it’s true that the Prime Minister announced a £1.3 billion investment in charging points in homes, streets and trunk roads.

Blue sky thinking? I hardly think so. Whether advocating pricey heat pumps or costly electric cars, the authorities have hastily produced a back-of-the-envelope rough sketch whose effects on hard working people on modest incomes have not even begun to be considered.

Maybe it makes them feel good in their ivory towers to map out our lives. They doubtless know that when the consequences of their actions become apparent, they will be no longer be around to face the music. 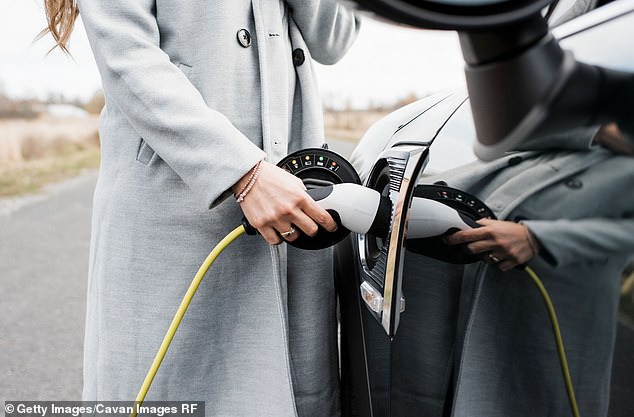 Three weeks ago Boris Johnson announced that sales of new petrol and diesel cars will be banned from 2030, a decade earlier than previously planned (file photo)

Someone struggling to afford a heat pump in 2033 won’t blame Lord Deben or Chris Stark. Anybody searching a street for a charging point for an electric car in 2030 won’t curse Boris, who will be long gone. He’ll probably be giving lectures in America at £250,000 a pop on how he saved Britain from the EU — or not.

But I do wish Mr Johnson and the CCC were more practical and grounded in matters to do with climate change, and less presumptuous and imperious in telling us what to do.

A little humility would help. The Prime Minister must know that the bicycle lanes he created as Mayor of London have often generated more congestion and exhaust fumes as vehicles wait for hours in traffic jams.

Earlier this week, work began to remove a £300,000 cycle lane in High Street Kensington in London which was less than eight weeks old. It had caused gridlock and high levels of pollution.

All over the country, Government-inspired — though frequently ill-conceived — cycle lanes have sprung up during the Covid pandemic at a reported cost of £250 million.

In the case of cycle lanes, stupid decisions can be quickly recognised. I fear it is going to take a lot longer for the idiocy and impracticality of many of the ideas driven by the climate change lobby to be fully understood.