One of the many strange features of 2020 has been the prominence of state premiers on the public stage. Normally they are bit players in the political drama, but the unique pandemic circumstances, in combination with their own various ambitions, thrust them into the spotlight. They regularly overshadowed the Prime Minister in making the decisions that mattered.

Daniel Andrews is the leading case in point. He imposed himself on the Victorian consciousness to a degree not seen in peace time, with shades of Big Brother omnipresence. This year, it was almost as if he was Victoria. 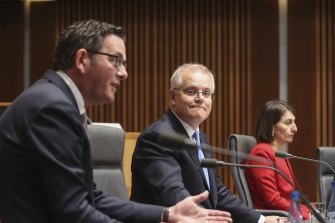 There is a psychological experiment that shows people an ambiguous image. Viewed one way they see a duck; but, with the blink of an eye, and a different perspective, they see a rabbit. It is only possible to see one or the other at the same time, in this double-image illusion.

Perspective in Victoria was under eight months of high-pitch strain, and unstable. In difficult times, a community needs to hold together, but the common weal today has suffered levels of duress not experienced since the Second World War.

In the public’s perception there are two Premiers. Premier one is strong and authoritative, with a seemingly invincible self-belief. His addresses to the state, day after day over weeks and months, exuded firm, even stubborn and unflappable, resolve and clarity. He carried most of the people with him, and this was despite the millstone of heading the most incompetent Australian administration in living memory around his neck.

In a time of crisis, this was exactly the type of strong leader that was needed. The United States and Britain offered contrasting cautionary tales of what happens with COVID-19 when a nation's leadership vacillated and dithered. 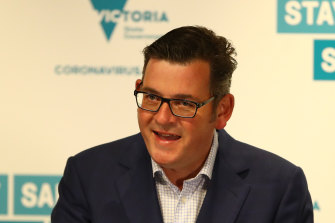 But, as quickly as an infamous Melbourne cool change drops the temperature by twenty degrees, trust can plummet, and that same man turns into shadowy Premier two. There are three camps of Victorians: one that has remained loyal to Premier one, one that feared Premier two from early on, and one that is changeable in its angle of sight.

Premier two is a hounded authoritarian running a one-man government, dubbed by some as Dictator Dan, with an ineffectual Parliament and the usual check on leaders in the Westminster system – the cabinet – sidelined. Living in a small bubble of his own creation, with dogged self-belief, seeming at times like a delusion of grandeur, he showed an obsessional fear of letting go, lest the whole world disintegrate.

The public itself has two faces. It is in part good citizen, trusting its government, obedient and law-abiding, wanting to do the right thing.

For most of 2020, this face prevailed. But there is also, triggered by a persona like the Premier's, a pathological reverse side, which is timid and docile, masochistic in a Freudian "identification with the aggressor". The syndrome sees victims admiring, even loving he who persecutes; he who keeps them in fearful lockdown. The famous English "stiff upper lip" includes a trace of this.

Where there is subservience there is also hostility. There are those who hate the Premier with visceral loathing; there are others who defend his every word.

Who, it might be asked, has Daniel Andrews been governing for? Premier one showed empathy and, in the broad, suggested a leader who was dedicated to the health and wellbeing of the whole Victorian population.

Premier two is quite different, directed by the need to maintain his own power and reputation intact, which meant keeping his own health bureaucracy marginally functional, as key ministers and public servants resigned and as the damage of the long, extreme lockdown (in terms of jobs lost and businesses closed) became apparent. 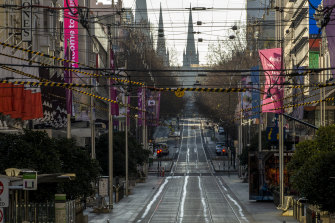 The CBD will take years to recover fully – it remains a ghostly shadow of its former self, with a third of its businesses still closed. It may never regain the vibrancy that contributed to Melbourne being rated the world's most liveable city seven years in a row. This will likely prove the highest price of all, due to the Premier’s failure to take the more light-handed and cannier approach to pandemic control demonstrated by Gladys Berejiklian in Sydney.

Premier one went back into the ascendancy as the state came out of lockdown. There was relief and exuberance at the elimination of COVID, and the steely Premier attracted admiration and gratitude.

But the publishing of the Coate Hotel Quarantine Inquiry report has now turned attention back to Premier two. If the virus returns, this will flash red.

The Victorian public, in its Premier two mode, asks: "Who does Daniel Andrews think he is?"

Certainly, we Victorians don't want the Premier to lose his nerve. We don’t care whether he looks like a rabbit or a duck, or some weird mutation, but we do want common sense, balance and a lighter touch.