A ‘gobsmacked’ student has revealed the moment Meghan Markle asked to take a picture with her to send to Michelle Obama.

Sithembele Ncube, 25, a student from the South African-based Nelson Mandela University, said talking to the Duchess of Sussex, 38, was like chatting to her ‘big sister’.

Ncube was invited to meet Prince Harry, 35, and Meghan during a reception at the British High Commissioner’s home in Cape Town on Tuesday as one of the local leaders of the Obama Foundation.

The computer science honours student, who has been part of the organisation since the start of 2019, was asked by the former Suits actress to pose for a photo with her.

New mother Meghan then sent the picture to her friend and former First Lady  Michelle Obama, 55. 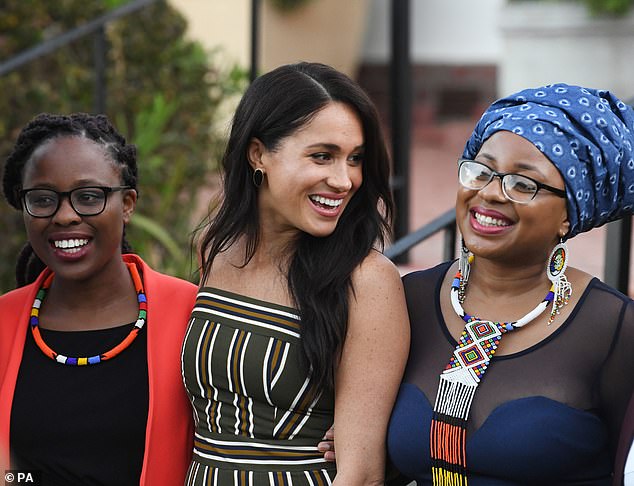 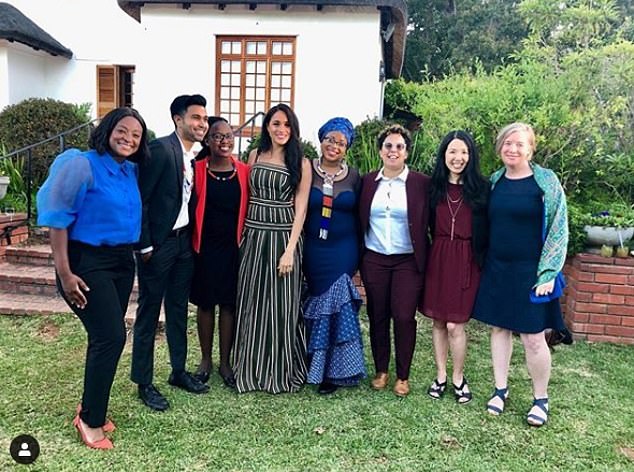 Meghan Markle attends a Reception for Young People at the Residence of the British High Commissioner in Cape Town, South Africa

‘I still cannot believe it’, Ncube told the Herald LIVE. ‘I was gob-smacked because I am a huge fan of Michelle as well.’

She added: ‘Meghan was more relaxed than I thought she would be.

‘What stood out the most for me was how thoughtful, kind and approachable she was – talking to her felt like I was talking to my big sister.’ 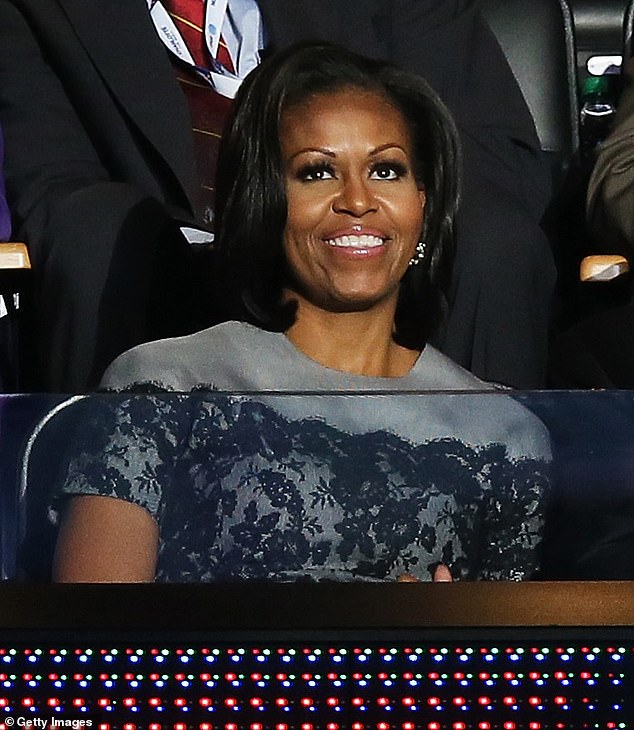 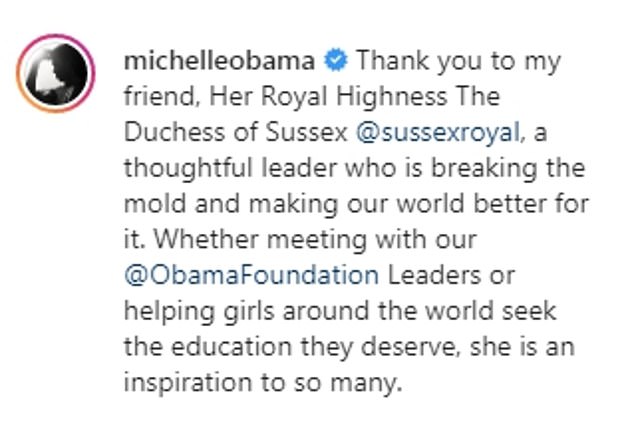 Michelle shared the photograph to her 33.3million Instagram followers on Thursday, in which she praised Meghan as an ‘inspiration’ for her charity work

Michelle shared the photograph with her 33.3million Instagram followers on Thursday, in which she praised Meghan as an ‘inspiration’ for her charity work.

Commending Meghan’s work during the 10-day royal tour of Africa, Michelle wrote alongside the photograph: ‘Thank you to my friend, Her Royal Highness The Duchess of Sussex, a thoughtful leader who is breaking the mold and making our world better for it.

‘Whether meeting with our leaders or helping girls around the world seek the education they deserve, she is an inspiration to so many.’

The Obama Foundation is a Chicago-based nonprofit organisation founded in 2014. 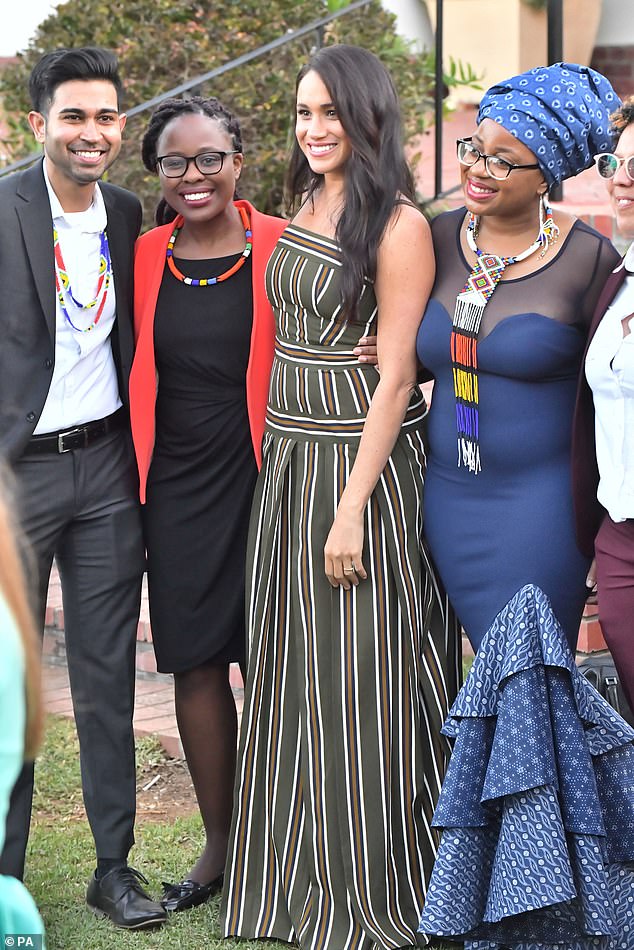 Ncube (pictured far right with Meghan) said talking to the Duchess of Sussex, 38, was like chatting to her ‘big sister’

Meghan, who arrived in Africa with husband Prince Harry and their four-month-old son Archie Harrison Mountbatten-Windsor on Monday, made an empowering speech on the first day.

She addressed a crowd of teenage girls and said: ‘While I’m here with my husband as a member of the Royal Family, I want you to know from me I am here with you as a mother, as a wife, as a woman, as a woman of colour and as your sister.’

The royal couple have since visited a Justice Desk initiative in Nyanga township, which teaches children about their rights, self-awareness and safety, and provides self-defence classes and female empowerment training to young girls in the community.

On Wednesday Meghan embarked on a solo engagement, meeting with Mothers2Mothers – a Cape Town charity that trains and employs mothers with HIV.