China’s “stunningly fast” advances could soon make the rising superpower the dominant nation in outer space, a top United States official has warned during a visit to Australia.

Lieutenant-General Nina Armagno, the US Space Force director of staff, said it was possible Beijing could overtake the US in space technology within the next 10 to 20 years. 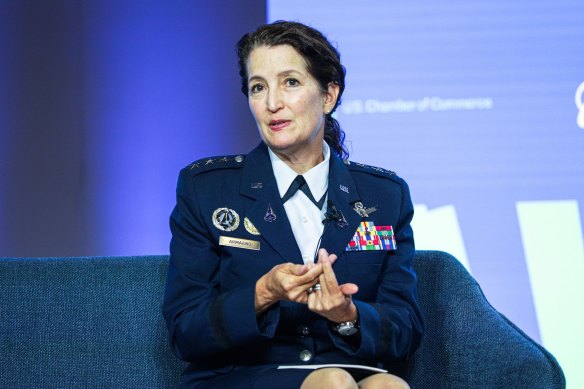 “I think it’s entirely possible they could catch up and surpass us, absolutely,” Armagno told a conference organised by the Australian Strategic Policy Institute in Sydney.

“The progress they’ve made is stunning – stunningly fast.”

Armagno said American intelligence analysts now conceded China had moved much faster to dominate space than they predicted just a few years ago.

Former US president Donald Trump created the Space Force as the fourth branch of the US military in 2019, a move aimed partly at better competing with China in the emerging 21st-century space race.

Beijing has alarmed Western governments by seeking to develop technology to mine asteroids and minor planets for natural resources.

The US, meanwhile, has launched the Artemis program with a goal of returning astronauts to the moon for the first time since Apollo 17 in December 1972. If successful, the mission will include the first woman and first person of colour to land on the moon.

“These debris fields threatened all of our systems in space, and these systems are vital to all nations’ security, economic and scientific interests,” she said.

Brigadier-General G. Michael Adamson, the Royal Canadian Air Force’s director-general for space, told the conference: “The pace of advance of the Chinese enterprise is eye-watering.

“I’ve been operating in this sort of field for the last 2½ years now and even just the change in that 24 to 30 months has just been incredible, disconcerting,” he said.

Adamson said Beijing was working towards a clearly articulated plan to dominate the space domain.

“I don’t think we can claim to be caught by surprise when they’re out doing space mining and things in the decades coming,” he said.

Ye Peijian, the head of the Chinese Lunar Exploration Program, has likened the moon and Mars to contested islands in the South China Sea that Beijing is attempting to claim.