Almost three weeks before the big day, some rural areas in the UK have run out of slots completely, while bigger cities such as London have sold out in some locations as well. 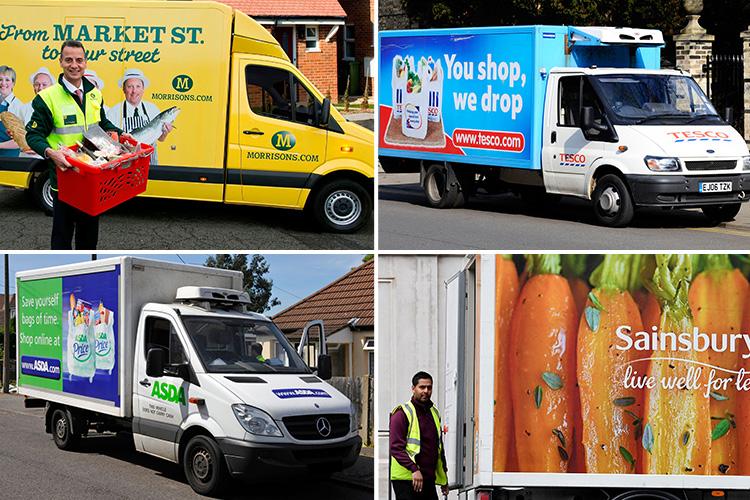 The Sun has tried to book delivery slots in both rural locations and London this week, but several supermarket websites stated that were no slots available in the three days to Christmas.

Morrisons, for example, has sold out in several places including certain addresses in both London and more rural cities such as Norfolk.

Meanwhile, Asda has also almost run out of delivery slots for some addresses in Ipswich, but there are still plenty of options in a number of London areas. 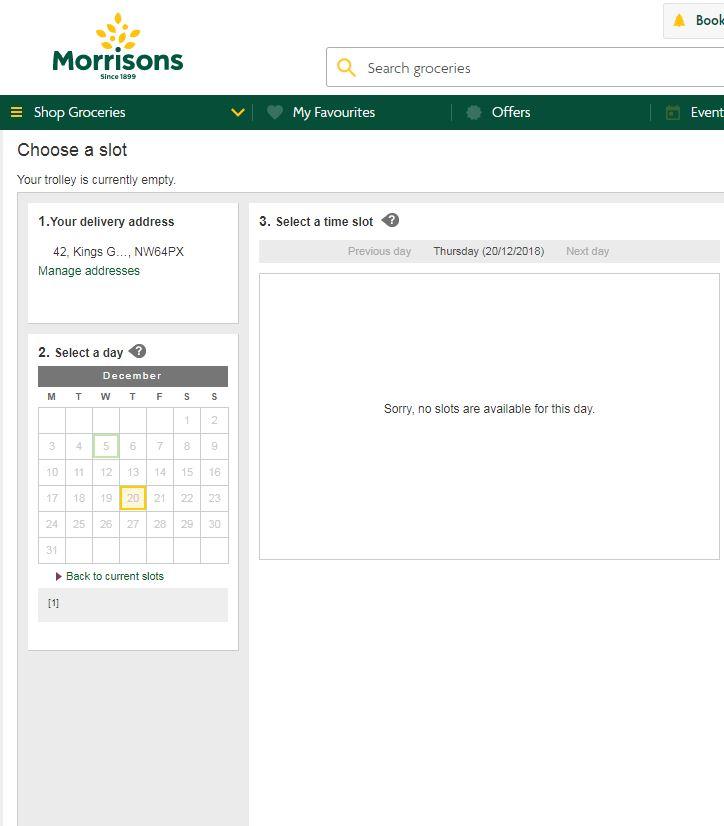 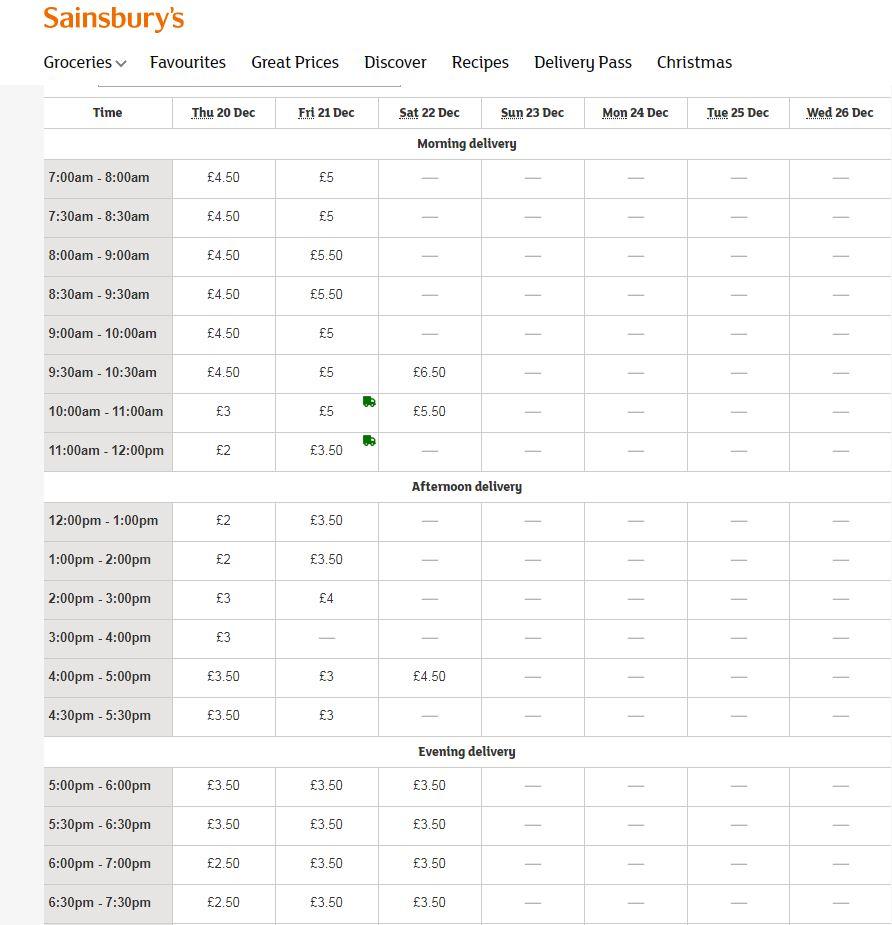 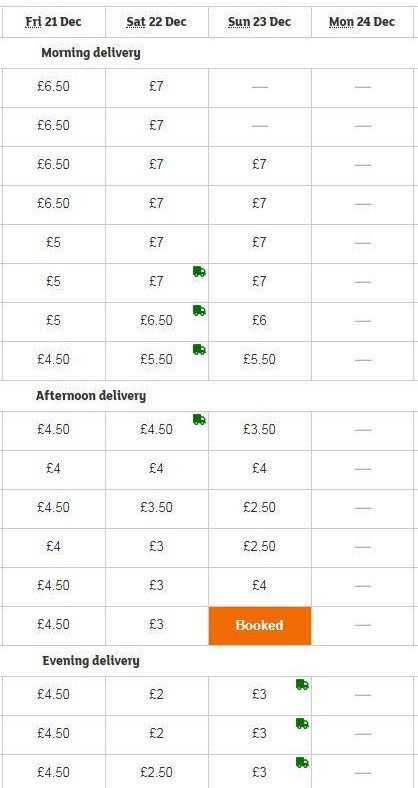 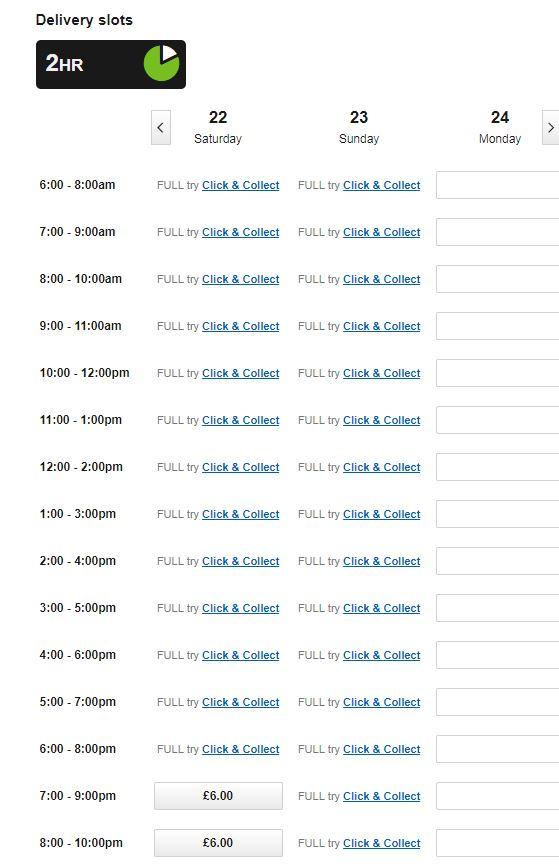 Earlier this week The Sun also wrote about Tesco's delivery slots, which sold out very quickly due to high demand.

This led to anger after customers with a monthly "delivery saver" subscription were able to book prime slots for the day before December 25 a week in advance of other shoppers.

Shoppers said they stayed up until midnight on Monday and Tuesday to book Christmas delivery slots for December 23 and 24 respectively, which is when they became available to all customers for the first time.

But many complained that slots in their areas were already sold out as soon as they went live at one minute past midnight. 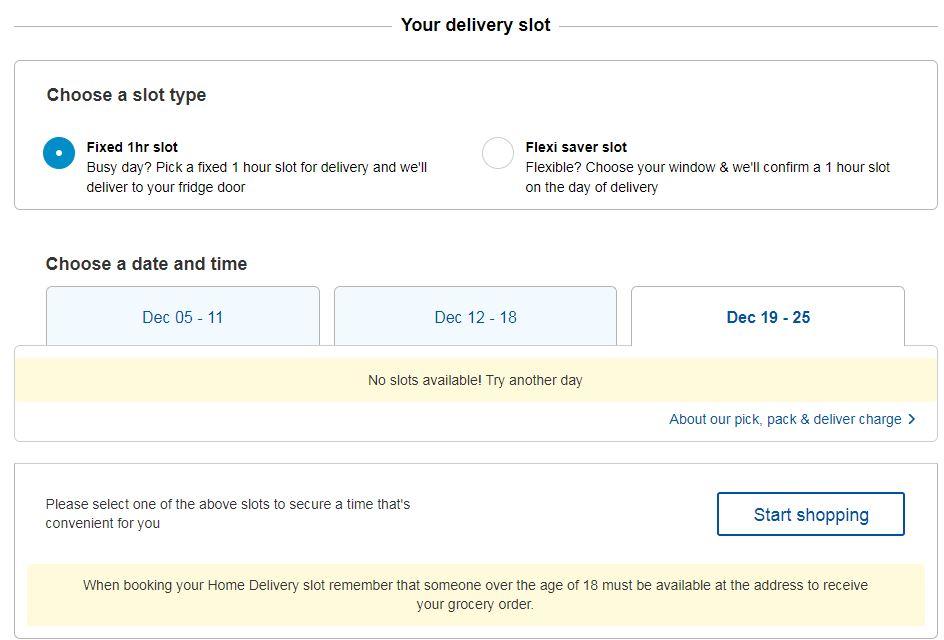 The lack of slots has led to supermarket shoppers venting their frustration on Twitter.

One Morrisons shopper says she's tried to book a slot since the supermarket released the delivery slots, but hasn't been able to book any.

Chrissy Portnall wrote on Twitter: "@Morrisons is there no more Christmas Delivery slots.

"I have been trying since you announce it but showing no availability."

Twitter user Paul Boon said: "Stayed up last night and tried to book a slot for 23rd for @Tesco delivery and from 23:50 nothing available kept trying til 12.30am and still no delivery slots just kept saying unavailable tried till 1am still nothing.

"Tried in morning nothing why wasn't they available?"