Sydney Sweeney looked euphoric in a feminine floral bikini while on vacation in Oahu, Hawaii.

No word on whether the 24-year-old actress was staying at the White Lotus, but she also posted a few Instagram Stories where fans could see her cute ‘kini up close and personal.

In one, Sweeney noted she was “really feeling this red hair.” When she first went red last week, the sultry shade was a bit more “The Little Mermaid,” but it’s since settled into a sweet strawberry blond.

She tagged her hairstylist pal Florido Basallo, who posted his own vacation snaps as well. 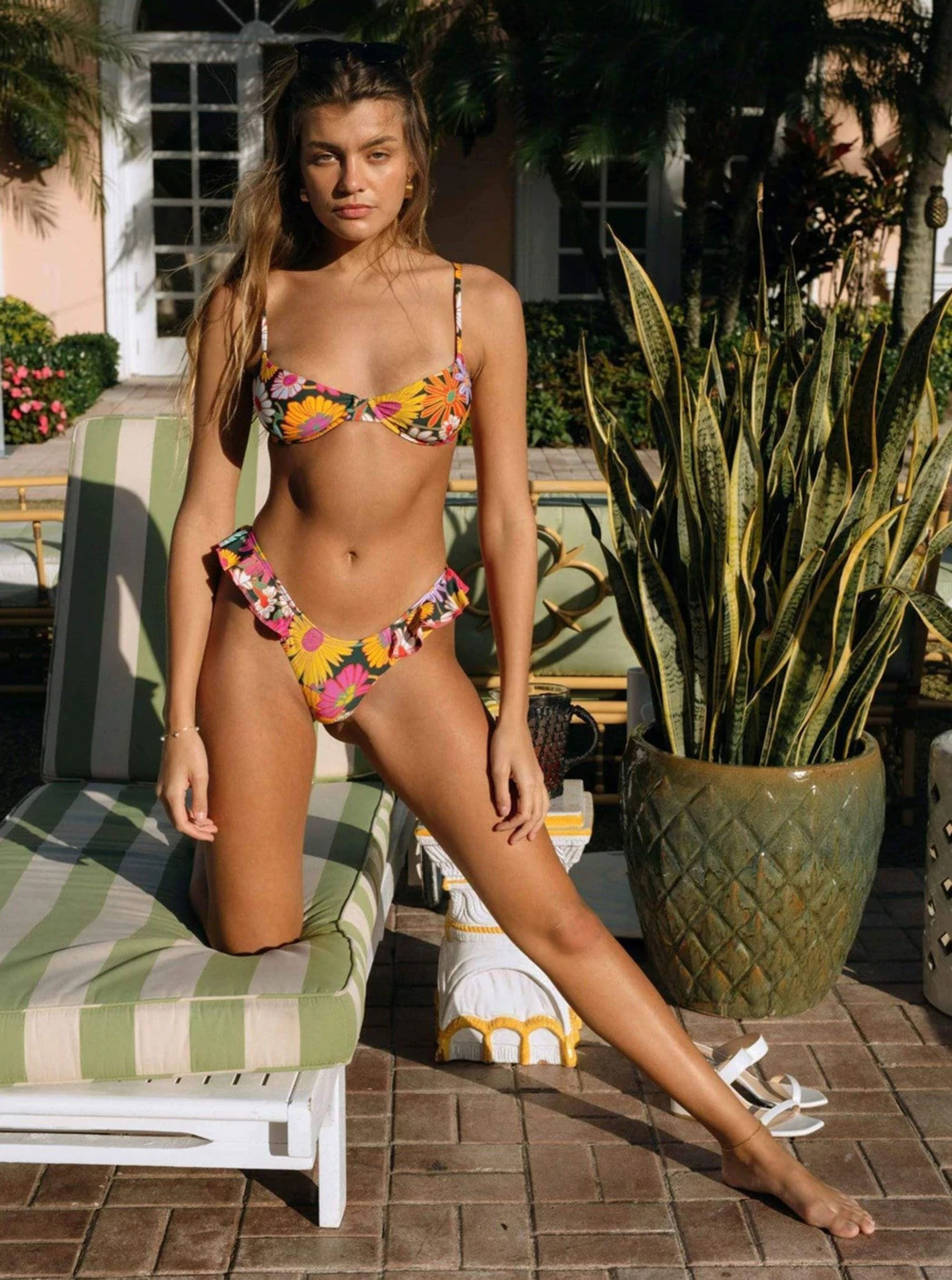 Sweeney has much to celebrate during her tropical trip; after sparking engagement rumors with an enormous diamond ring at the beginning of the month, news broke that she and restaurateur Davino, 37, were indeed affianced.

She’s also become a bona fide “swimfluencer.” Last August, she modeled a green marbled bikini and matching sarong that’s since racked up more than 1.5 million likes. In February, she made waves by posing in a green crochet bikini by Maiyo for Cosmopolitan.

And after Sweeney’s “Euphoria” character, Cassie Howard, wore Frankies Bikinis’ Gemma Wrap One Piece Swimsuit ($180) during a Season 2 episode, the style quickly amassed a 500-person waitlist in only 24 hours.

Luckily, it doesn’t appear that the actress herself had the same haunting hot tub experience in her latest swim look.

Better to buy her floral two-piece now, before it sells out.