Tamron Hall dresses as pregnant Cardi B for Halloween

Tamron Hall kicked off the fourth season of “The Tamron Hall Show” with a fresh look, showing off a platinum blond look in clips and photos from the premiere on Instagram yesterday — and it turns out her style switch-up ties in with the theme of her talk show.

Wearing a pale gold Rodarte cape dress ($676, originally $1,690) with a black pattern and matching leggings ($368, originally $920) with splits at the ankles, the TV personality, 51, arrived in a gold convertible with her hair covered in a patterned silk scarf before strutting out on set to reveal her new platinum ‘do. 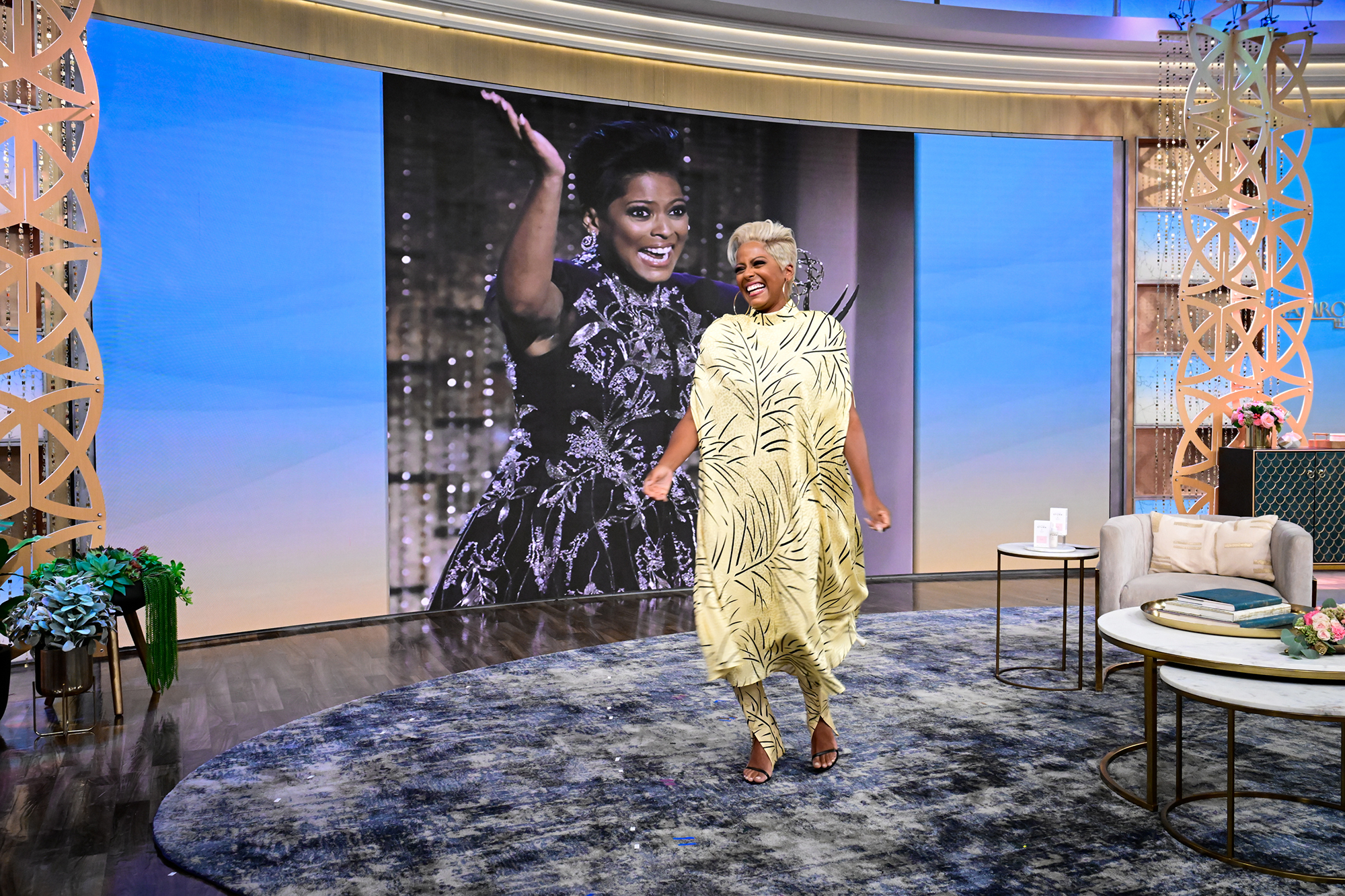 Typically, Hall wears her dark hair in a short style with long bangs, but in addition to going blond, her new hair is swept up in a dramatic wave with a closely-cropped back.

A source tells Page Six Style that Wright, who was former FLOTUS Michelle Obama’s hairstylist when she was in the White House, came up with the idea.

“It’s a new ‘do but the same me,” she said on the episode, adding, “I’ve always had this dream of coloring my hair but I’ve been a journalist for 30 years – an anchor for much of that — and they would always tell you don’t change your hair color, it’ll throw the audience off.”

“Well those folks are not in charge,” Hall — who also serves as executive producer for her show — said as the audience cheered. “The Tam Fam is in charge and y’all knew you would be OK with my new look.” 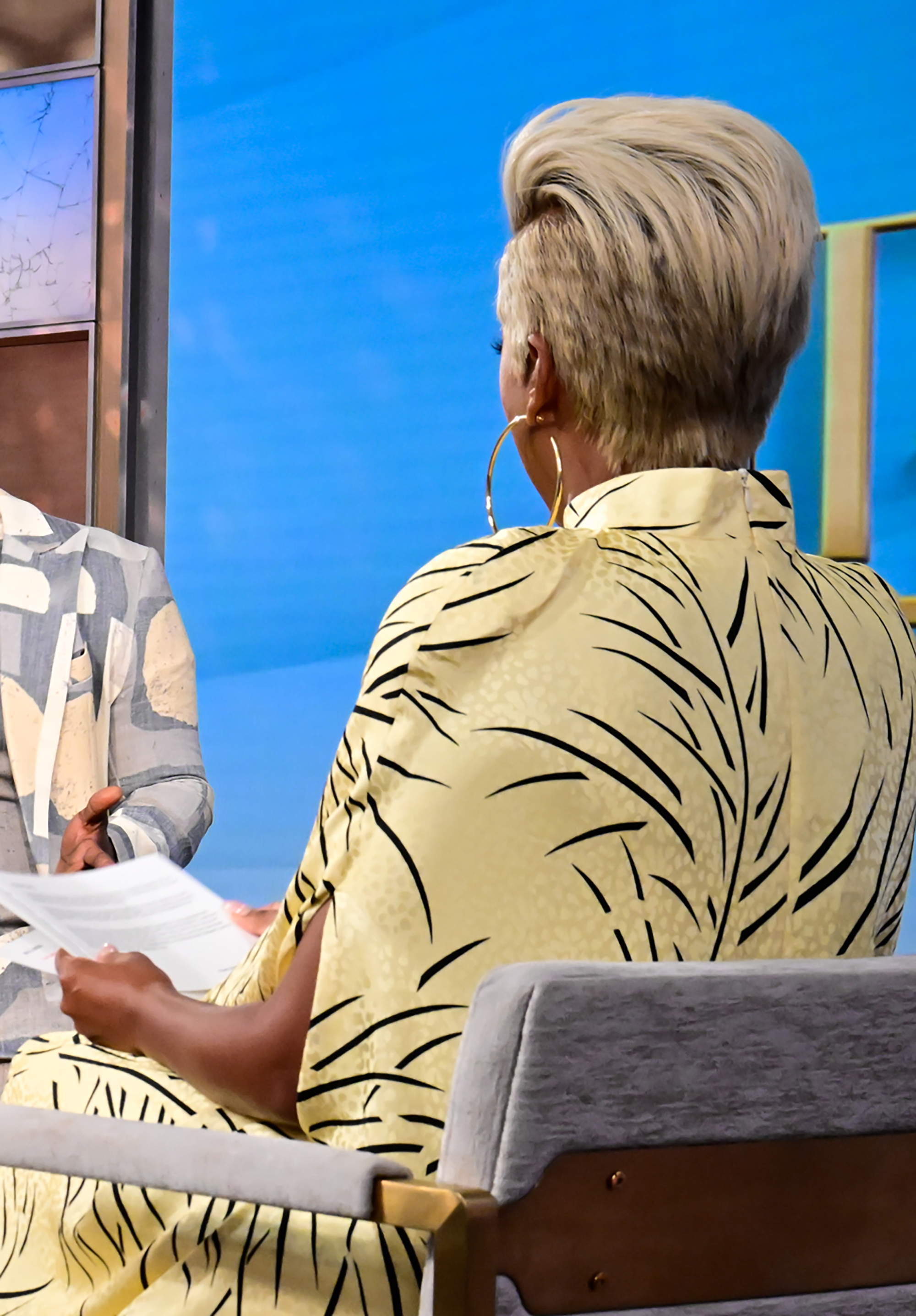 In addition to sharing the story behind her “dream” blond hair, Hall explained the reasoning behind her overall golden theme.

“Today’s show is full of surprises and this is your first surprise,” she exclaimed, patting her blond hair, adding, “For all of Season 4 we are calling this meaningful time we are spending together the golden hour.”

Explaining that not only is the golden hour “that time of day just before the sunset” it is “where we are illuminated inside and out together, where we laugh, discover, become inspired, learn to overcome challenges and live our lives like they are golden.” 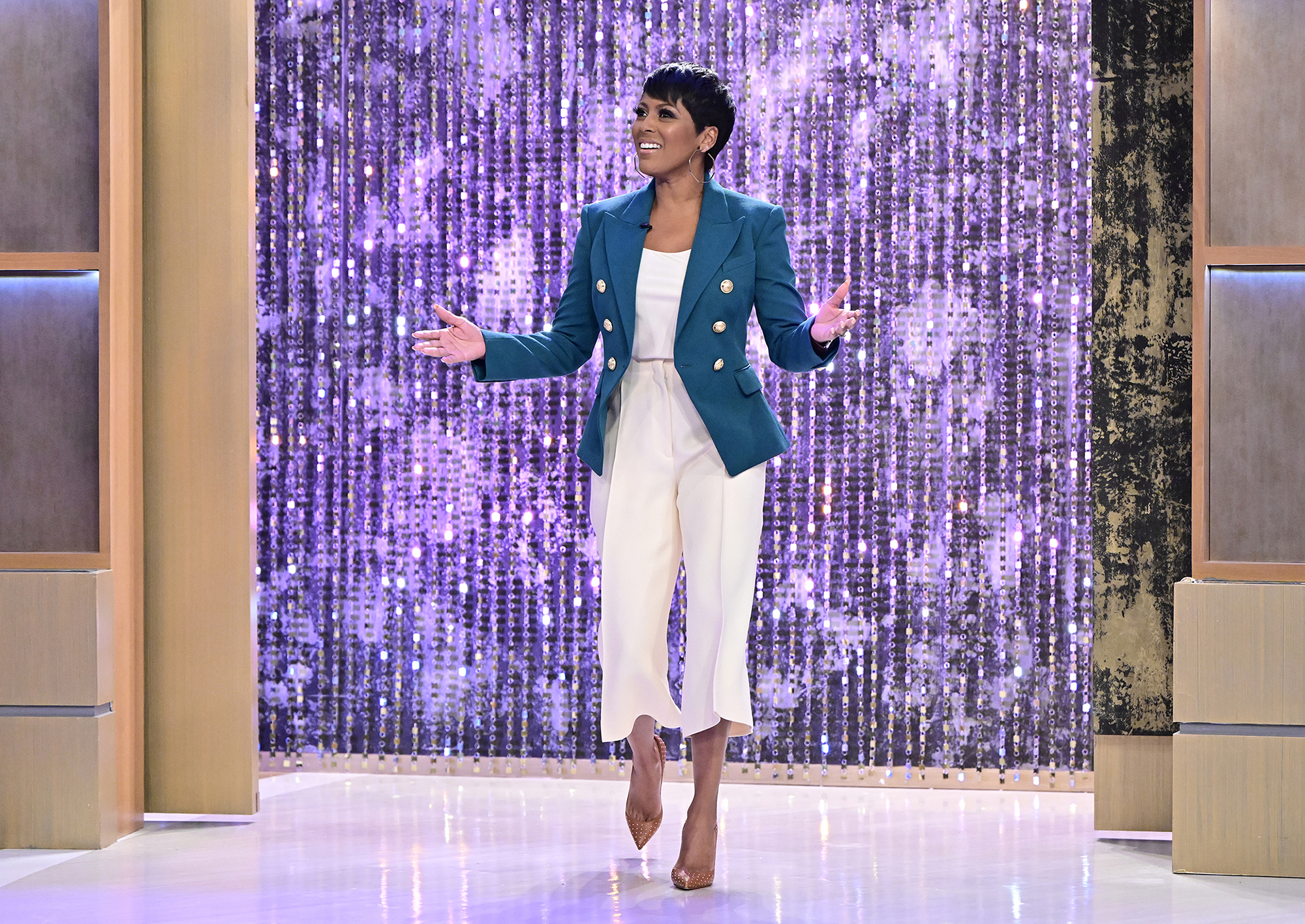 Fans were loving the new look, with one Instagram follower commenting on the show’s official account, “Now this hair! Yes ma’am!” and another writing, “You’re so golden #HarryStyles” in reference to the British singer’s song of the same name.

In addition to her new hair, Hall has even more gold in her life as of late: an Emmy for Outstanding Informative Daytime Talk Show. 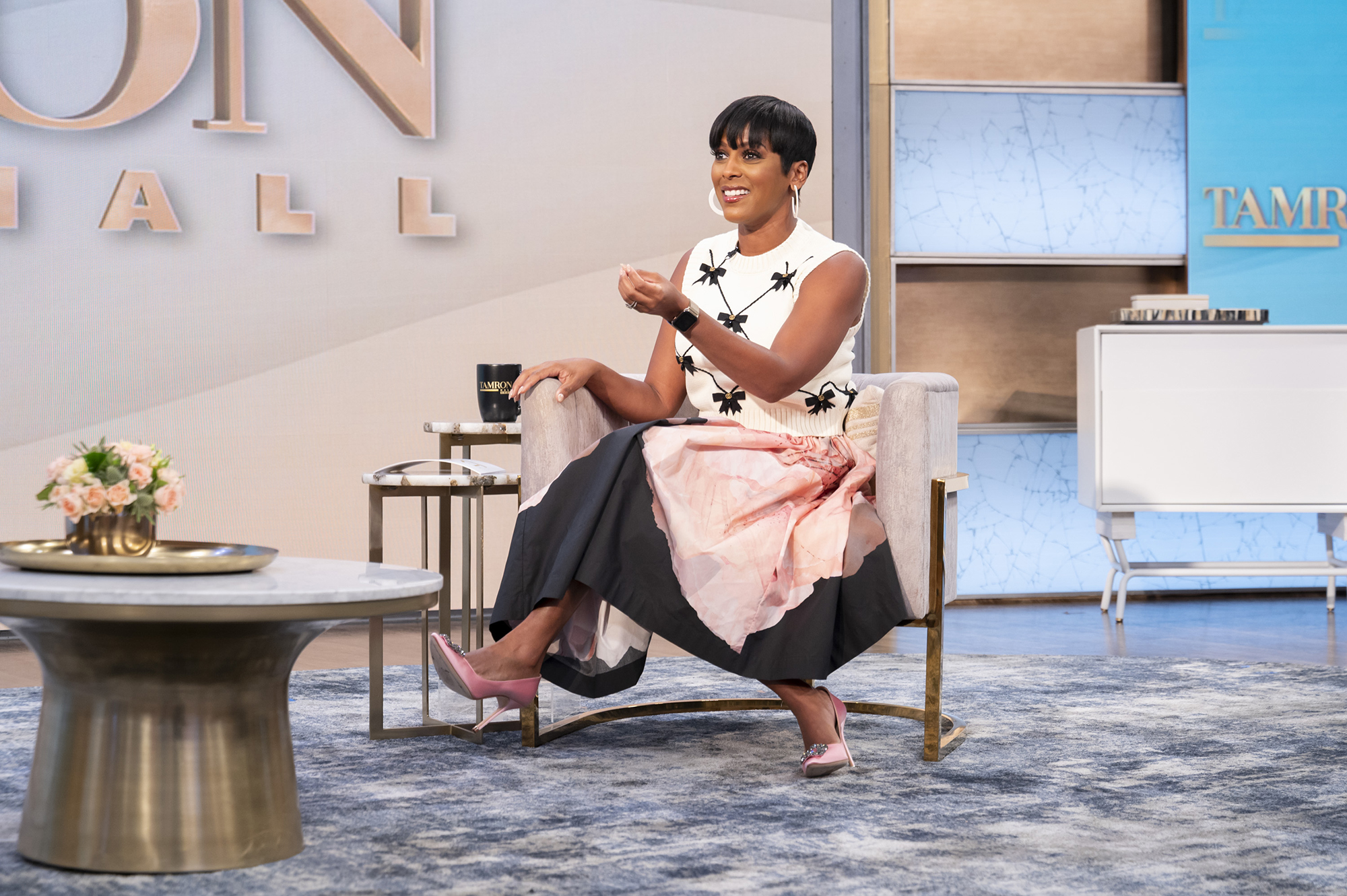