THIS is the shocking moment a teacher called a student a “piece of sh*t” after he was allegedly caught wearing his mask below his nose.

The incident was captured on cellphone video and has since gone viral on Twitter having been viewed more than 320,000 times. 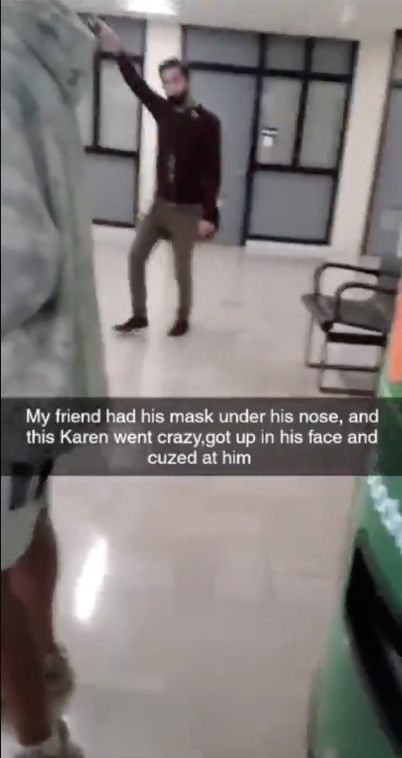 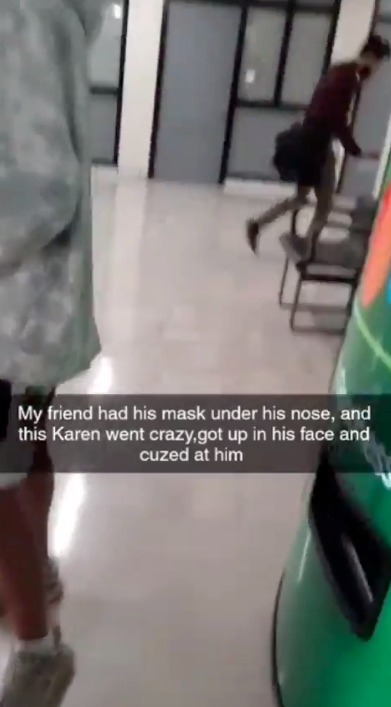 ‘Libs of TikTok’ uploaded the video on September 5 although the account did not say what the source of the footage was.

The video's caption says: "My friend had his mask under his nose, and this Karen went crazy. Got up in his face and cuzed [sic] at him."

At the start of the footage the teacher threatens to call the cops with the unidentified student asking if he’s serious.

The teacher responds: "Yeah, I am serious, man. I have had enough. I knew you were gonna take off your mask the moment I turned the corner."

It has not been established if the student did remove his mask or not.

In the brief clip showing the student he is shown with a mask on his face but it is not clear if he put this on before or after the heated exchange.

The teacher then tells the student to “enjoy” in-school suspension as he walks away.

He then calls him a “piece of sh*t” as he turns a corner and disappears from view.

The Twitter account identifies the teacher as Scott Grigoletto at the Glenbard North High School in Carol Stream, Illinois.

"It is important that we maintain a positive school culture based on mutual respect for each other. You may have seen, or heard of, a video regarding a Glenbard North student and staff member," he said.

Mensik told Newsweek Friday that Grigoletto had resigned and "will no longer be working in District 87."

On August 4, Illinois Governor JB Pritzker announced that that all schools in the state would be required to adhere to special mask requirements.

The Illinois state government said in a press release at the time: "In preparation for the start of the upcoming school year and in response to the highly contagious Delta variant, all students, teachers, and staff at pre-kindergarten – 12th-grade schools and daycares will be required to wear masks regardless of vaccination status, effective immediately.

"This guidance is in line with recommendations from the CDC," the release added.

The CDC recommends wearing masks that fully cover the nose and mouth.

Earlier this month an outraged mom alleged a substitute teacher taped a mask to her nine-year-old son’s face, leaving him “humiliated” in front of his classmates.

The mother, who wished to remain anonymous, has demanded the teacher at Reedom Elementary school in Mountain’s Edge, Las Vegas, be fired after publicly punishing the fourth-grader.

Last month a brother and sister were banned from a school in California after they refused to wear masks for “religious reasons,” prompting an evacuation of the campus.

Drew and Victoria Nelson were kicked out of their Springs Charter School for not complying to mask mandates on their first day of school.

Ahead of schools reopening for the new academic year the CDC said in July fully vaccinated students had the option to go maskless in schools this fall.

Students though who had not yet been vaccinated would have to continue to wear masks.

This rule applies for children ages 12 and older who are currently eligible to receive the vaccine.

The CDC still recommends that unvaccinated people over the age of 2 wear masks when indoors. 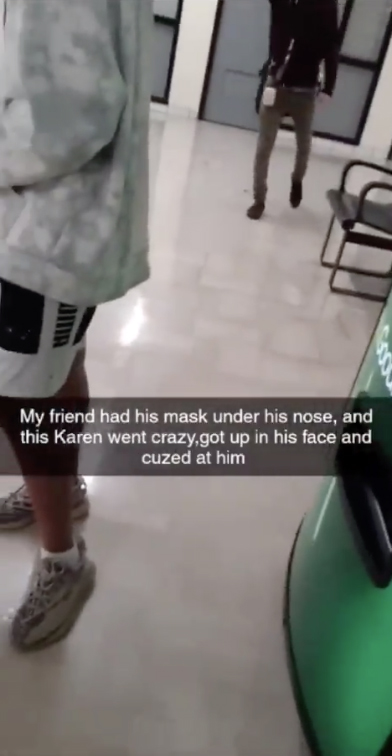