Tennis phenom Cori “Coco” Gauff, appeared cool and calm as she took Wimbledon by storm, but she said Tuesday she was just as surprised as everyone that she became the star of the All England Club. 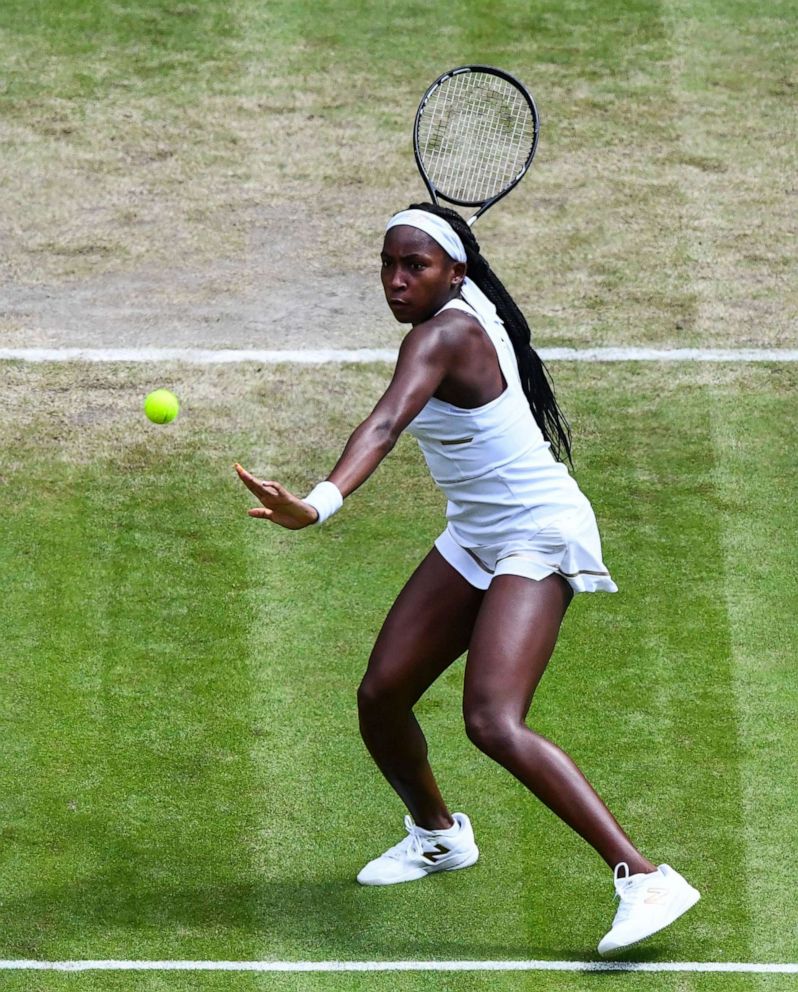 She became the youngest player to ever qualify for Wimbledon and defeated 39-year-old Venus Williams in straight sets in the first round. After beating Williams, she beat Magdaléna Rybáriková to reach the third round, where she faced Polona Hercog of Slovenia.

That match on Friday cemented her place in history, as she fought back from two match points, including a second set tiebreak, to come out on top. In doing so, Gauff became the youngest player to make it to the second week of Wimbledon since 1991.

“Being down those match points and then coming back, that was definitely a great feeling,” said Gauff, who competed at Wimbledon while taking school tests.

Throughout her inspiring run, Gauff was supported by family, friends and strangers in her hometown of Delray Beach, Florida, who gathered at a local restaurant to watch her matches. She received support online from celebrities including from Beyoncé’s mom, Tina Knowles, Jaden Smith and former first lady Michelle Obama.

Even so, Gauff said it was the cheering fans present at Wimbledon that stand out as her greatest memory from tournament.

“I think the most I’m going to remember is the crowd here,” she said. “Ever since the first match they’ve been supporting me, even when I was down those match points they were supporting me, and even after I lost my match they were clapping for me.”

“The people here have just been so kind and so amazing,” she added.

Gauff’s parents, Corey and Candi Gauff, also went viral during Wimbledon for their reactions to their daughter’s incredible play.

Gauff said she always felt her parents’ support both on and off the court.

“Their support means a lot to me,” she said. “After the match, the first thing that came out of their mouths was that they were proud of me, even though I didn’t play my best, but they were still proud of me that I fought as hard as I could.”

“This whole tournament I’ve been through so much emotionally on the court and then my game improved because I improved mentally,” Gauff added.

Even amid the pressure of Wimbledon, Gauff kept her eye on another group of American women doing incredible things, the U.S. Women’s National Team who won their fourth World Cup on Sunday.

“I was definitely keeping up,” she said. “I was so happy for the ladies. They fought and I’m happy they got their fourth championship.”

Gauff is only allowed to play a limited number of pro tournaments due to her age. She said she hopes to play in the Citi Open in Washington, D.C., later this month. Fans can also catch her at the U.S. Open in August.

“For sure I’m going to be playing in New York,” she said.