Holiday spending: Millions will still spend despite being in debt, expert says

Geltrude & Company founder Dan Geltrude encourages people to ‘stay away from credit cards’ this holiday season. Gertrude says cash and debit cards are better options when it comes to spending.

U.S. online shopping, which was projected to hit record spending highs during the holiday season, has already surpassed $400 million on Thanksgiving Day alone.

As of 10 a.m. on Thanksgiving, the online sales have amassed to $470 million, which represents a 14.5 percent growth from last year, according to data from Adobe Analytics. Analysts, who suggested the strong profits are due in part to an earlier shopping season, are forecasting that amount to swell to roughly $4.2 billion by the end of Thanksgiving Day.

“Steep discounts on popular items like computers on the day before Thanksgiving indicate that many of the season’s best deals are already up for grabs. This has led to significant growth in online sales so far," said Jason Woosley, vice president of commerce product and platform at Adobe. "What will be important for retailers to track is whether the early discounts will drive continued retail growth overall, or if they have induced consumers to spend their holiday budgets earlier." 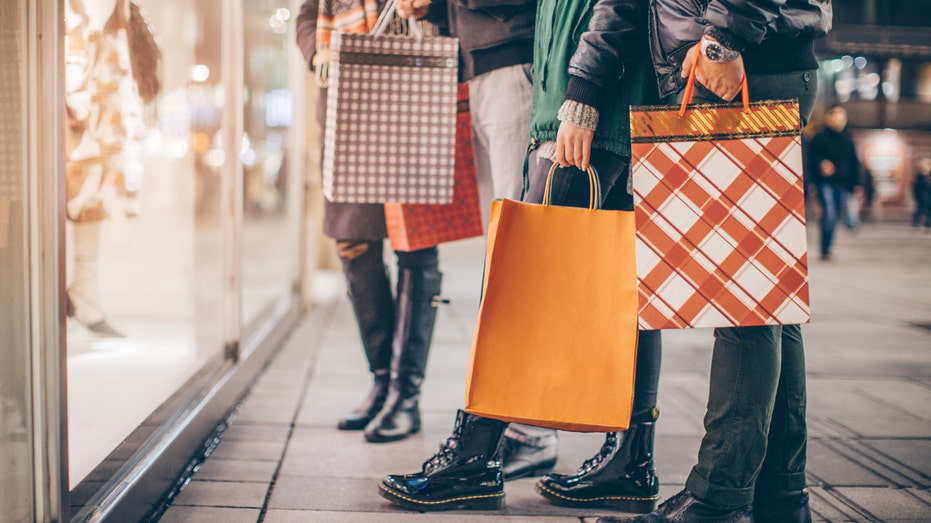 Keep in mind, it's still one day before Black Friday, the biggest shopping holiday of the year, and four days before its online equivalent, Cyber Monday.

US ONLINE SPENDING FOR 2019 HOLIDAY SEASON TO REACH RECORD HIGHS: WHAT TO KNOW

From Nov. 1 up until Nov. 27, analysts say gift-givers have already spent $53 billion, which is a 16.1 percent increase compared to last year.

The data also indicated that consumers have been turning to their phones to make these purchases nearly 50 percent more than they did in 2018. So far this season, shoppers have made $18.2 billion in purchases via smartphones, according to the data.

HOLIDAY SPENDING: MILLIONS WILL STILL SPEND DESPITE BEING IN DEBT, EXPERT SAYS

The sales growth was expected despite a holiday shopping period that is six days shorter than last year, with just 22 days between Cyber Monday and Christmas.

The shortened holiday shopping season forced retailers to figure out ways to get into the minds of shoppers even sooner. And for some, it paid off. In order to handle the hordes of orders, major retailers are now doubling up on workers just to keep up with the orders.

Amazon announced plans to hire 200,000 people for the busy holiday shopping season, double the number of workers it hired a year ago.

To keep up with online orders, Amazon has been opening more warehouses, package sortation hubs and delivery stations. It’s also working to speed up delivery for its Prime members to one day from two.