Things got tense when Tayshia confronted the guys for questioning her intentions on the Nov. 24 episode of ‘The Bachelorette.’

Tayshia Adams got extremely angry with the remaining men on the Nov. 24 episode of The Bachelorette. Her frustrations began after a conversation with Noah Erb, who told her that the other men were questioning her intentions. His claim came after he received the group date rose during last week’s episode, despite not being chosen for the date (Noah took it upon himself to crash the date activity to catch Tayshia’s attention — and it worked).

“I knew I would be getting a lot of heat from the guys — that was expected,” Noah told Tayshia. “But I didn’t care about 16 of their opinions as much as I care about one of yours. I think what we have is electric. The other night solidified that for me. But it’s kind of been implied that you gave me the rose just to shake things up. There’s been a lot of rolling eyes and [saying] I don’t deserve it and [you’re] just doing it to get us going.” 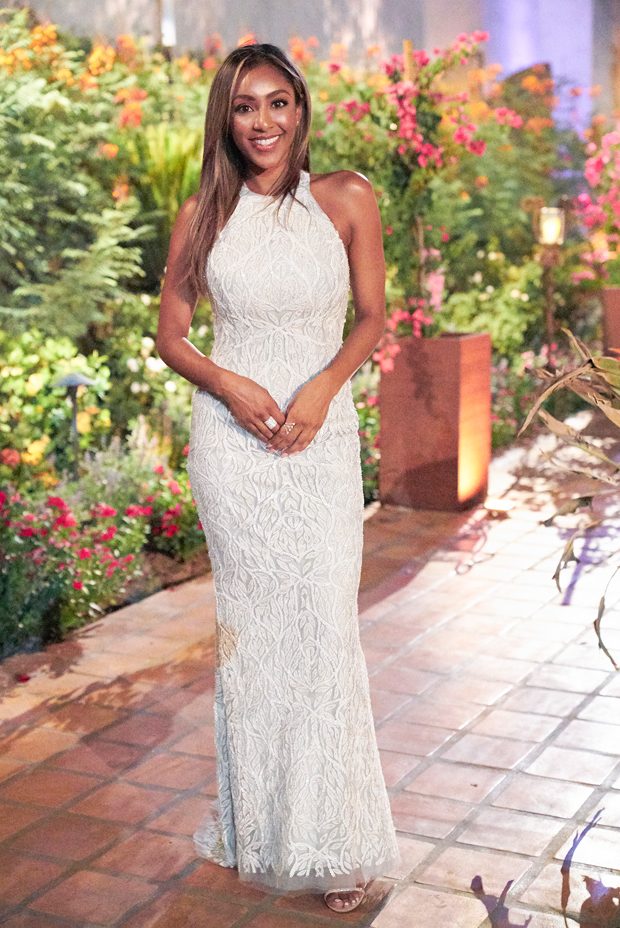 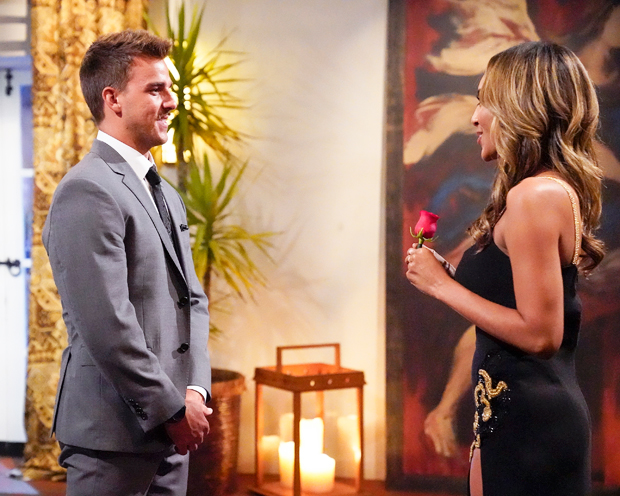 At that point, Tayshia took it upon herself to confront the group. “It’s been brought to my attention that my integrity’s being questioned and that you guys think my decision making might not be intentional and I’m giving out roses just to start drama,” Tayshia said. ” Since the day I got here, I’ve made it very clear that I’m going to be very intentional with what I do. I’m going to be honest and my true self. I’m being vulnerable. So if you guys think I’m starting drama in the house for no reason, you all need to grow up. I am a grown woman and I make decisions based off what I want to do. If you’re going to be questioning me, I’ll gladly walk you outside.”

Tayshia decided to cancel the rest of the cocktail party and go right to the rose ceremony. Several guys hadn’t even gotten a chance to talk to her at that point, so there was some major tension in the room. Bennett, Ed, and Eazy, specifically, made sure to call out Noah for stirring the pot. “Can you imagine having an argument with a 14 year old?” Bennett asked. “That’s how I feel right now. There’s zero percent chance that you end up with Tayshia. Everyone here knows it. She will know it very soon. You owe all of these gentlemen an apology and her an apology and ify ou don’t realize that you don’t belong here.”

Meanwhile, Tayshia stormed out of the room and started getting emotional. She pulled it together for the rose ceremony, though. Noah, Zac and Ivan all had roses already, and Tayshia gave the remaining roses to: Ben, Eazy, Riley, Brendan, Bennett, Blake, Demar, Spencer and Ed. Unfortunately, that meant that Chasen, Kenny, Joe and Jordan were eliminated.