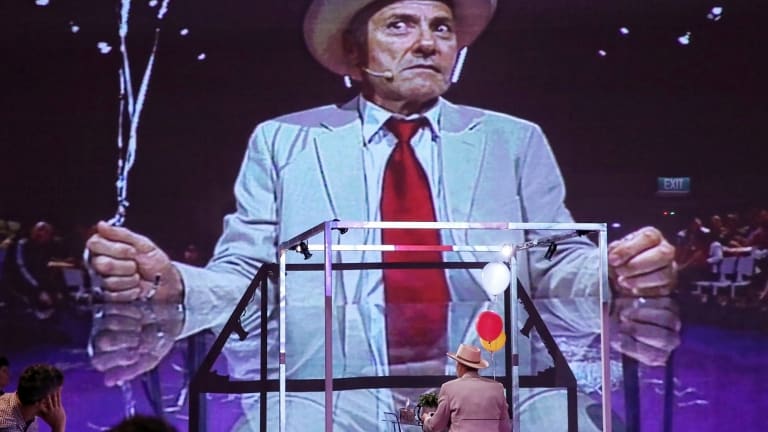 The Chat is about parole and rehabilitation. Credit:Prudence Upton

Ah, the dangers of improvisation. This was a stimulating idea, both dramatically and morally: a play about parole and rehabilitation, partially performed by ex-offenders, with audience participation in deciding whether Les (Les Wiggins) faces a future of freedom or a return to jail. The script, by J R Brennan (a former parole officer) and David Woods is edgy and innovative, icing raw naturalism with hyper-theatrical elements. 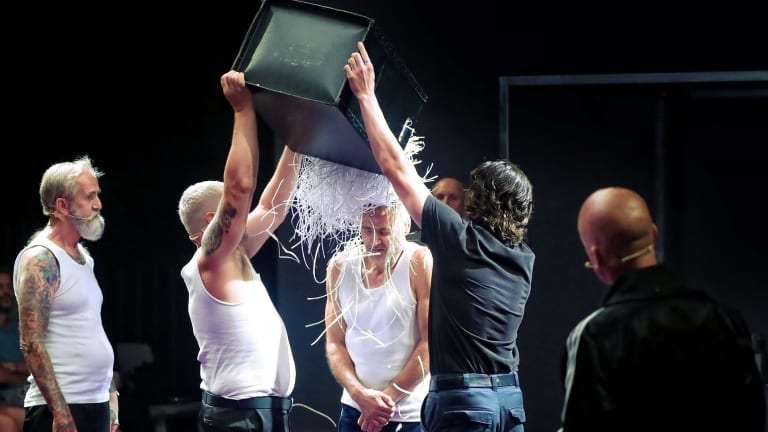 A dress rehearsal for The Chat. Credit:Prudence Upton

Some of the writing is not just sharp, it has a serrated edge, and given that Brennan and Woods could generate work of this calibre, it's puzzling that they opted to make the work's pivotal (and longest) scene improvised rather than tightly scripted.

The play is set in the future, perhaps to distance the action from the lives of the performers, and in the scene in question we encounter a rehabilitation process with the disturbingly Orwellian​ name of "transpersonalisation​" – a variant on empathy, or simply looking at the world from inside someone else's shoes.

Woods plays a parole officer, David, who asks Les to play-act a parole officer while, he, David, plays an offender, and gradually we learn more about Les from the questions he asks.

Woods is an exceptional actor and a sharp-witted improviser but as he and Wiggins improvise their way through this play-acting scenario, the work's tautness slackens like an old clothesline, and the dirty washing being aired becomes repetitive and tiresome. 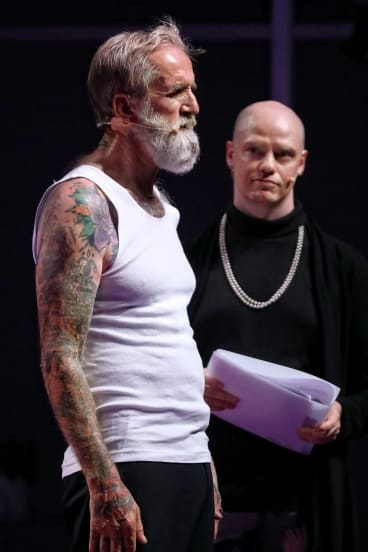 The Chat: A play about parole and rehabilitation. Credit:Prudence Upton

Given the preceding build-up of energy and intrigue, to dissipate it like this with meandering circular dialogue (not helped by Wiggins' microphone going on the blink in an amplified production) is something of a crime by the creators against their own work.

Basically a good play stalled when the well of improvisational inspiration ran as dry as the Darling River, and smelt about as fishy. It's such a shame, because in swinging the audience's sympathies behind Les, The Chat helps us to empathise with the plight of released offenders, who have no easy pathway back into societal acceptance.

Some audience members were hauled out to sit on the parole board and two others quizzed Les about issues pertinent to his future. Meanwhile, the remaining seven performers played assorted ex-crims and officials, and clever use was made of video (Brennan) and lighting (Jenny Hector and Steve Hendy).