The doggie DNA test that could help explain your pooch’s personality: Three pet owners take the test to find out more about man’s best friend

Wherever I took my dog, Red, people would stop me and ask what breed he was. I never knew what to say.

Ever since I brought him home from a dog sanctuary in Thailand, I had wondered where his gloriously ginger coat came from? He was the spitting image of a border collie, but what gave him his colour?

Luckily, I had science on my side. Just as humans can have their DNA tested to discover ancestors across the world, so too can dogs. The test can reveal which breeds your pet is made up of, unlocking the secrets of their looks and personality. And it’s becoming particularly popular among owners of rescue dogs.

So, I sent off for my kit from dog DNA testing company Wisdom Panel. When it arrived, I had to swab inside a surprisingly accommodating Red’s mouth, then post the stick back. 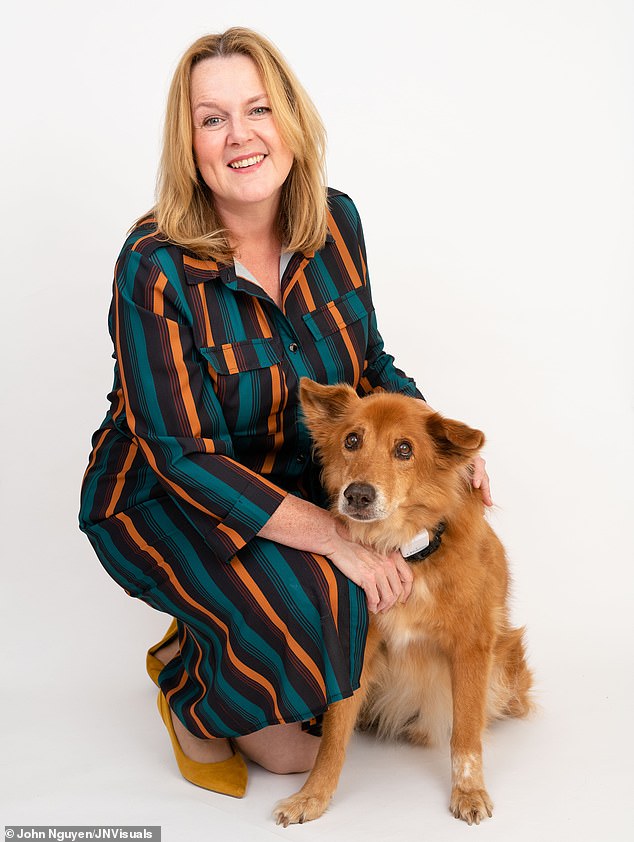 When I got the results a few weeks later, I was stunned. Far from being a collie cross, there wasn’t a hint of sheepdog in Red’s DNA.

Instead (and quite obviously) he was mainly a mixture of three Eastern breeds: chow chow and shar pei from China and Japanese akita.

I now know he got his colouring from the chow chow, his body shape and fur is pure akita, and there is a hint of the shar pei’s famous folded facial skin about him.

As I researched these breeds, I began to understand the real value of the DNA test — it helped unlock the secrets of Red’s personality.

Each type of dog has been bred over centuries to have certain traits, and I was puzzled why my ‘collie’ didn’t race off and instead never left my side. It’s because all three of Red’s breeds are guard dogs. And his absolute refusal to do what I wanted also became clear. It wasn’t me, it was him. All three breeds are known as stubborn nightmares to train.

More than one dog behaviourist has heard the mix, looked at me sympathetically and whispered: ‘Poor you.’ Something I try to remember when I call him and he ignores me.

And that, for me, is the true value of the DNA test: being able to laugh at his foibles rather than get annoyed, because I understand what makes him tick so much better.

Here, three dog owners take the test to find out the personality traits of their pooches…

A pooch with royal connections 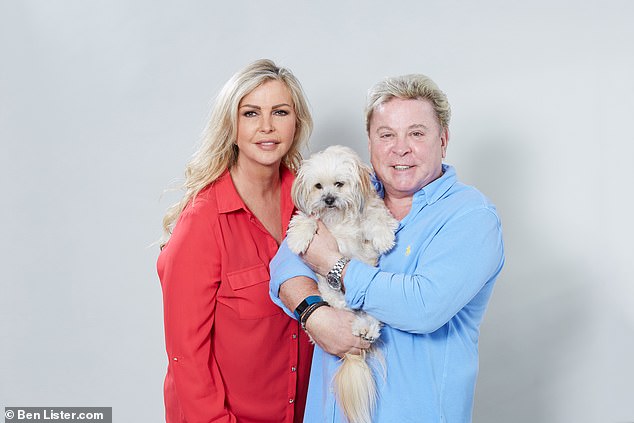 Sue Moxley, 58, lives in Essex with her husband David Van Day, 62, and their beloved pet Polly

I’m a real dog lover and have adopted from rescue centres in Britain and abroad. So when a charity asked me to foster a dog from Romania for a few weeks, I said yes, but Polly never left.

I thought she might have shih tzu, Yorkie, Maltese or Lhasa apso in her, but there was something in her face I just couldn’t put my finger on. When the DNA results came back, they finally revealed what that is — she’s a quarter Pekingese. She’s also a quarter miniature poodle and an eighth shih tzu. The rest was unknown.

The results explained why she’s so smart — that’s the poodle in her. You only have to touch the treat packet and she’s there, wanting some. If Polly hears an unusual noise, she barks.

That’s the Pekingese in her — they might be small, but they were bred to protect Chinese royalty. And the shih tzu breed are quite devoted to their owners, which must be why she’s very jealous and barges our other dogs off my lap if I’m making a fuss of them, staring into my face as if to say: ‘Me, me, me!’

SHE JUST KEPT ON GROWING… 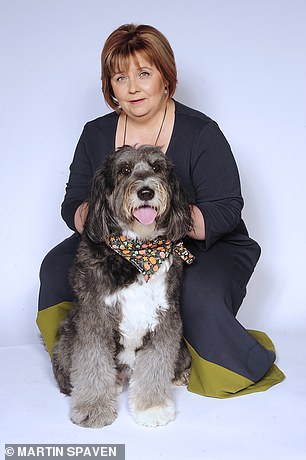 When we took Betty on as a puppy, the rescue centre thought she was probably a springer spaniel crossed with a bearded collie, both relatively small dogs.

We already had a beardie, Oscar, and a springer, Tess, so it was as if we had their puppy. But very quickly, she started to grow — we thought she’d never stop. What was in there, we asked ourselves? Irish wolfhound? So we decided on a DNA test.

The results showed that Betty is an Old English sheepdog crossed with a golden retriever. While beardies were bred to drive sheep over vast distances without supervision, an Old English just mingles with the flock and barks if anything approaches.

So you’re more likely to find Betty laid out on the sofa than running through undergrowth. And the retriever in her means she does love to bring you things, usually socks.

That said, the DNA results mean I’ve possibly got a dog who will have health issues, as both Betty’s breeds can suffer from hip dysplasia. But knowing that means I’m careful lifting her into the car.

Now I can see the sheepdog in Betty — she has the sweetest eyes and hugest nose ever.

A BIG DOG WITH A LITTLE SECRET 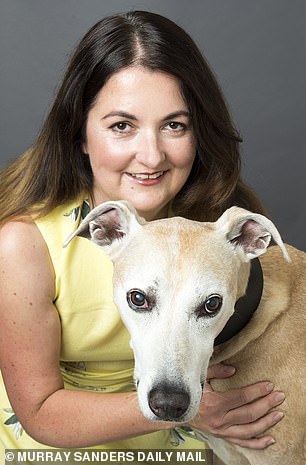 Debbie Warren, 48, lives in Brighton and runs ethical treat company Dog With A Bone. Her pet Jenson is 12. Debbie says:

The rescue centre where I got Jenson from thought he was a greyhound crossed with a staffie, but dog-owner friends thought he had some rhodesian ridgeback in him because he was really ginger at the time.

I thought there might be something in it, so I had his DNA tested. The results were slightly bonkers.

Yes, half his genetics are greyhound, but instead of staffie, he is a quarter kelpie, an Australian sheep dog.

The biggest surprise was that my huge Jenson, who weighs five stone, is a quarter miniature pinscher!

He’s the most stubborn mule and so are miniature pinschers.

The results also made me think again about why he reacts to the sheep when we’re walking on the South Downs. I’ve always presumed he wants to hunt them and have kept him on the lead, but maybe he just wants to herd them like a sheep dog!