Data showing men’s retirement balances are almost twice the size of women’s in some electorates has given ammunition to groups pushing for super contributions to be paid on parental leave.

The biggest gulf in Victoria is in the Gippsland electorate (Gippsland, Wellington, La Trobe), where the median super balance for men is $84,900, 44 per cent higher than the $47,400 for women, Australian Taxation Office data analysed by Industry Super Australia shows. 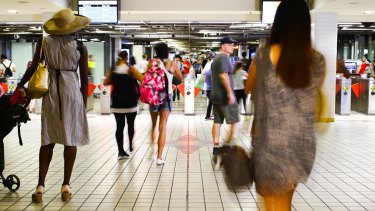 In NSW, the Hunter (Cessnock, Muswellbrook, Singleton) and Paterson (Maitland, Nelson Bay, Williamtown) electorates had the largest super gaps at 38 per cent. Both have median balances of $75,000 or more for men while women’s super accounts had less than $48,000.

One of the key issues affecting women’s super balances is time spent out of the workforce caring for children.

Industry Super, the nation’s biggest superannuation lobby group, is proposing the federal government make super payments on paid parental leave mandatory in Tuesday’s federal budget and scrap the $450 monthly income threshold before an employer must contribute to super. The latter affects more than 300,000 largely female workers, including those with multiple jobs each paying under the threshold.

Women’s lobby groups The ParentHood, National Council of Women Australia, Economic Security4Women and Chief Executive Women as well as the Council on the Ageing, the Australian Institute of Superannuation Trustees and the Association of Superannuation Funds of Australia have made similar proposals in their pre-budget submissions.

The government in March created a taskforce focused on women’s equality, economic security, safety and wellbeing following widespread anger about the treatment of women and has promised a $1.7 billion package to reduce childcare costs and encourage female workforce participation.

The gender gap is above 33 per cent in Victoria’s McEwen, La Trobe, Dunkley and Kooyong, the ATO data shows. The smallest gap in the state was in Chisholm, at 5 per cent, followed by Scullin at 9 per cent. Gaps above 33 per cent were recorded in NSW’s Macarthur, Cunningham, Parkes, Dobell, Macquarie, Mackellar, Hume and Bradfield.

Overall, the gender gap between men and women’s median balances is 22 per cent in NSW and 23 per cent in Victoria, which Industry Super says translates to tens of thousands of dollars by retirement. Its analysis relies on the latest available ATO data, which does not capture withdrawals from super during the coronavirus pandemic.

Industry Super advocacy director Georgia Brumby said the super gender gap needed to be bridged to ensure women retired with enough savings to live comfortably. “MPs have a choice – they can fight for a super increase and to get super paid on every dollar earned or turn their back as more women risk retiring into poverty.”

Treasury’s Retirement Income Review, released in November, shows paying a median female earner super during an average period of employer-paid parental leave boosts her balance by 0.8 per cent by retirement. This equates to 0.14 per cent more income. Paying super on top of government parental leave pay would provide a 0.17 per cent boost in retirement income at a cost to taxpayers of $200 million a year.

“Consequently, while it would improve gender equity in super guarantee coverage, paying superannuation on paid parental leave has a limited impact on closing the retirement income gap at most earnings percentiles,” the report found.

Removing the $450-a-month threshold would also make a small change in terms of retirement income but help improve equity, it said.