"We — I mean people like me — are just here to round out somebody else’s experience," Rashid Bryson tells his English teacher Jana Hanson during a sobering moment in Martha Southgate’s novel The Fall of Rome. In that one line, the young protagonist sheepishly states the unspoken truth about prep-school life: That he, a young kid from Brooklyn with brown skin and kinky-coily hair, isn’t really supposed to be there.

It was a truth I knew all too well by my sophomore year at an all-girls boarding school in Connecticut. Like my fictional counterpart, I had one ally in my corner: my chemistry teacher. “Make a list of all the books you are reading," she told me one day as she passed me in the library. She had noticed the huge pile of books on my desk and knew they hadn’t been assigned to me in class.

A few weeks later, I gave her my list, and she gave me a book in exchange: The Fall of Rome. She told me that we would read it together and discuss it afterward. Before I finished the first page, it was clear to me why she had chosen it.

Set at the dawn of the new millennia and published in 2002, The Fall of Rome follows Rashid Bryson, a freshman at an all-boys college preparatory school in rural Connecticut called Chelsea Academy. Everyone views his enrollment as a miraculous opportunity for Rashid to better himself, but the reader is aware of the underlying pain that has driven him from home. 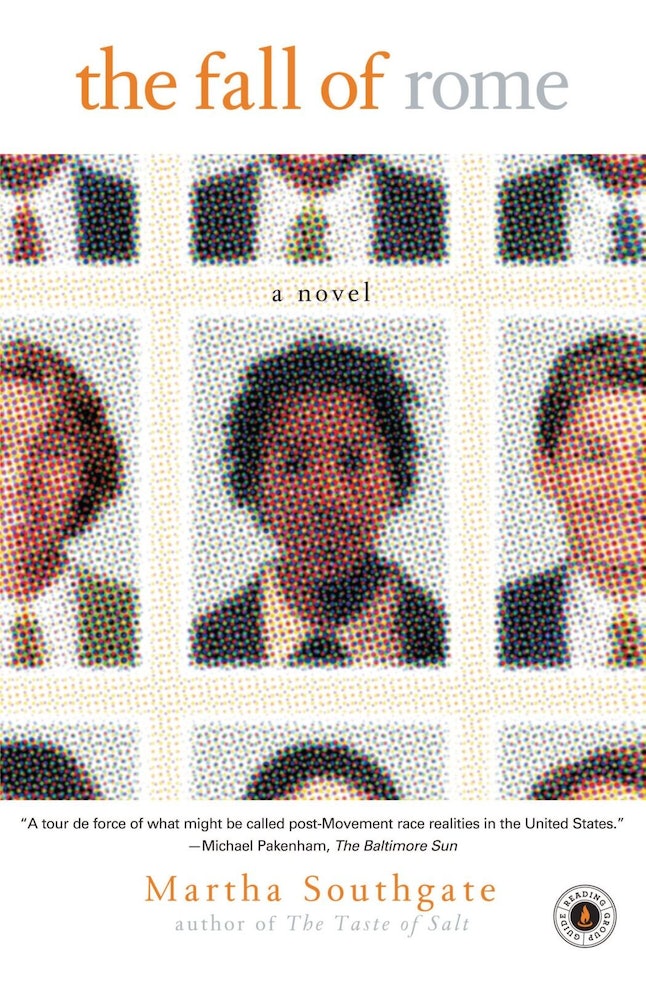 The summer prior, his older brother Kofi, also a prep school student, ran to the local bodega to grab a coke but never made it home. The scene is expertly underwritten, and the reader never really learns the details of Kofi’s death. His family — and the reader — are left heartbroken and flabbergasted at the horrific turn of events.

Suffice it to say, tragedy overwhelms the family, and Rashid decides to save himself the only way he knows how: He throws himself into his education in a prep school in pastoral New England.

In real life, during the fall of 2000, I began my freshman year of high school in rural Connecticut, 104 miles from home. I, too, was running from something, though my situation was far less dire. I did not fear being murdered; instead, I feared a life that didn’t allow me to reach my fullest potential. I wanted a life full of books and a place to love them without the fear of ridicule.

And this school seemed to fit the bill. Unlike many of these types of schools that focus mainly on “tradition,” mine was billed as liberal and feminist. As evidence of this, it was often pointed out to both current and prospective students that both the founder and the architect were female in a time when women still hadn’t been afforded the right to vote.

But, like Rashid, I realized the fatal flaw in my plan within weeks of arriving on campus. My school wasn’t a safe-haven from stereotypes, but rather an incubator of ignorance and racism. In The Fall of Rome, Southgate writes that staff and students viewed “the color of [our] skin every second as something foreign to them, [as something that] they’d seen only in positions of servitude or entertainment." And the homogeny of the staff and student body meant that this mentality would continue to be perpetuated among the most powerful people in the world.

But that was where we came in — we being the multi-hued brown dots in that began to colorize the class photos after the 1970s. As “at-risk youth,” it was our job to be the face of hardships that the rest of the students would never have to experience. We had to be the source of their knowledge of the inner city, so that in the future, they’d know how to legislate, educate, and eradicate the problems and poverty therein. And for the staff, we were the safe “Blacks” removed from our original habitats and away from the pack, vulnerable the good intended white saviors who sought to right us in their image.

Rashid’s story took a different twist, however. His would-be savior was the singular Black, or as he referred to himself, Negro, at the school — the Latin teacher Mr. Washington. Instead of bonding with his student, Washington resents him and any implication that they have any commonality aside from their shared skin tone. He rejects Rashid’s desire for solidarity and instead views him merely as an interloper whose best bet at Chelsea Academy was to apply himself in sports because he had little aptitude for Latin.

Both heartbreaking and resolute, the novel validated the pain I felt as a member of this hidden world who didn’t naturally fit in. At 13, I had no knowledge or concept of the vast web of Ivy League feeder schools that dotted the East Coast. I had no way of knowing that the driving force behind the tens of thousands spent on tuition was for parents to guarantee their child’s entry into a virtual pipeline to privilege and power. I did not know that — despite supposed efforts of these places to change and evolve — they were, as Chelsea’s headmaster puts it, “guardians of the values of another time.” These values espoused that there was a clear distinction between those who deserved to be educated and those who didn’t. These values distinguished between those for whom success was essentially guaranteed and those who were meant to serve the successful. These values bolstered classism, sexism, and racism.

So, when students such as Rashid and I struggled, the only logical explanation was that our inherent inferiority was shining through. Despite the best efforts of faculty and staff, we just weren’t good enough, smart enough, ready enough for the chances that these schools offered. And in both cases, if it hadn’t been for the singular teachers standing in our corners and pushing back against this narrative, we may have believed it.

It is no wonder then that reading about Rashid’s journey was cathartic. Because, as I reasoned to my chemistry teacher weeks after reading it, if I saw myself so clearly in this character, so did others. Somewhere, another brown dot from a class photo was reading and nodding along. Despite the isolation that I felt, I knew that I wasn’t the only one out there struggling.