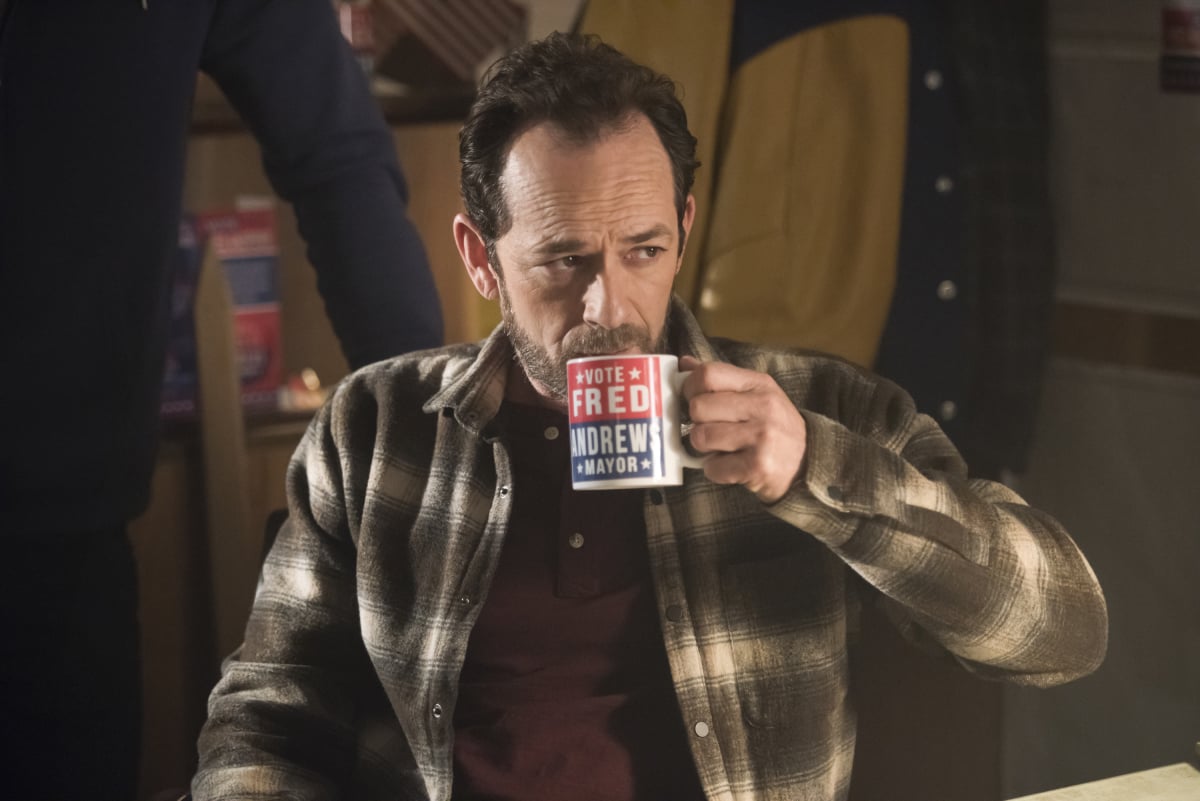 The forthcoming episode of Riverdale will be an emotional one — not because of a particular storyline, but because it is the last one Luke Perry filmed before his death at 52. The last appearance of Perry’s Fred Andrews — apart from flashbacks, perhaps — will take place in the season three episode airing on April 24, titled “Chapter Fifty-Four: Fear the Reaper.”

Series creator and executive producer Roberto Aguirre-Sacasa shared the news on social media ahead of the episode. “As always, Fred’s imparting words of wisdom to Archie. A beautiful, true moment between a father and his son,” he wrote alongside a still from the episode. “Wish these scenes could go on forever.”

This week’s #Riverdale is the last episode Luke filmed. As always, Fred’s imparting words of wisdom to Archie. A beautiful, true moment between a father and his son. Wish these scenes could go on forever…❤️????‍?

Following the actor’s death from a stroke on March 4, Aguirre-Sacasa announced that all future episodes would be dedicated to Perry. Tributes from the Riverdale cast and crew also poured in after his unexpected death. Speaking to what it was like to work with Perry, Cole Sprouse told POPSUGAR in an interview, “He was very close to all of us. And he was an incredibly passionate, well-loved person, and I think the whole world is lamenting his passing.”