IT'S nearly 50 years since the country went decimal and millions of coins have been made in that time – some of them rare and valuable.

We switched shillings for pounds and pence back in 1971 on February 15, and the coins we know today were born – including the 50 pence piece. 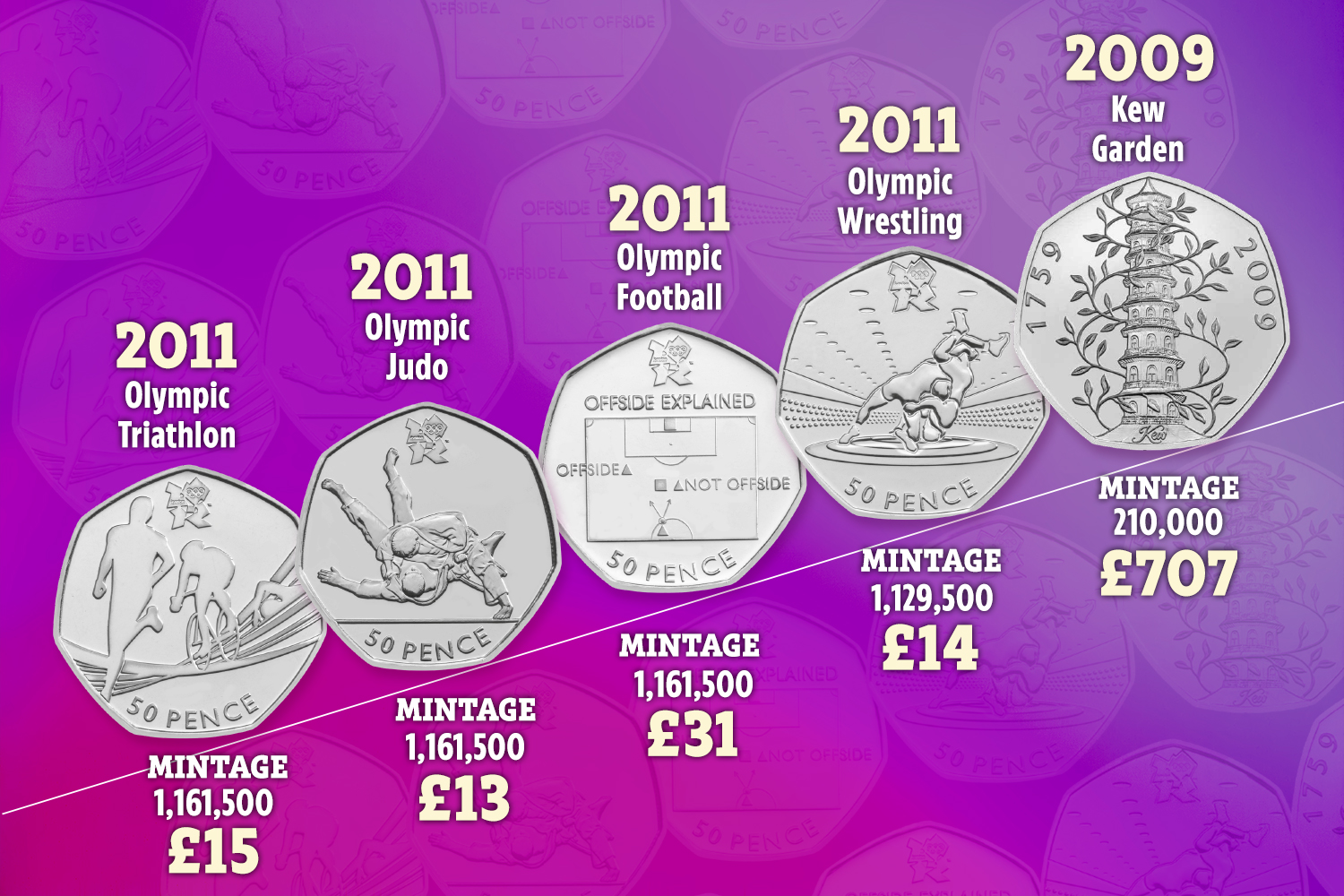 A new range of 50p coins have been released by the Royal Mint to commemorate the occasion, though they won't go into circulation.

There are some hard-to-find 50p coins lurking in spare change and pockets though, and the rarest could be worth as much as £707.

Here are the rarest 50p coins according to how many were minted that you should keep an eye out for: 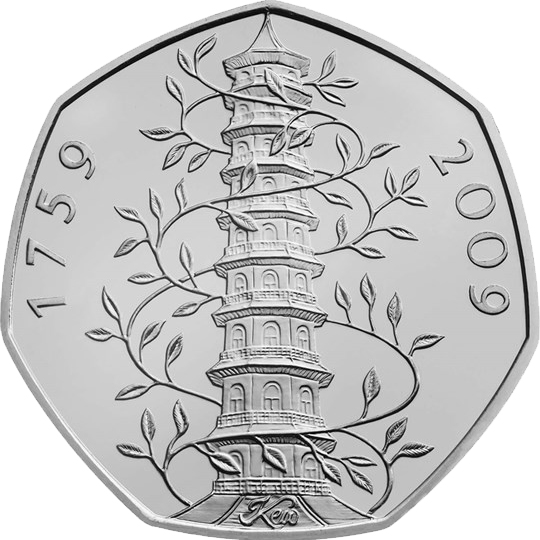 Of all the 50p coins, Kew Gardens is the one that is "arguably the most sought after", according to the Royal Mint.

Just 210,000 of them were released into circulation, and the coin pictures the Chinese Pagoda at the famous London landmark.

It's considered the rarest and most sought after coin at the moment, according to a scarcity index created by Changechecker.org, which also takes into account the demand for coins too.

The coin has a seriously low mintage (the number of coins issued) of just 210,000, compared to others.

We’ve spotted it being  sold for £707 on eBay, earlier this month. 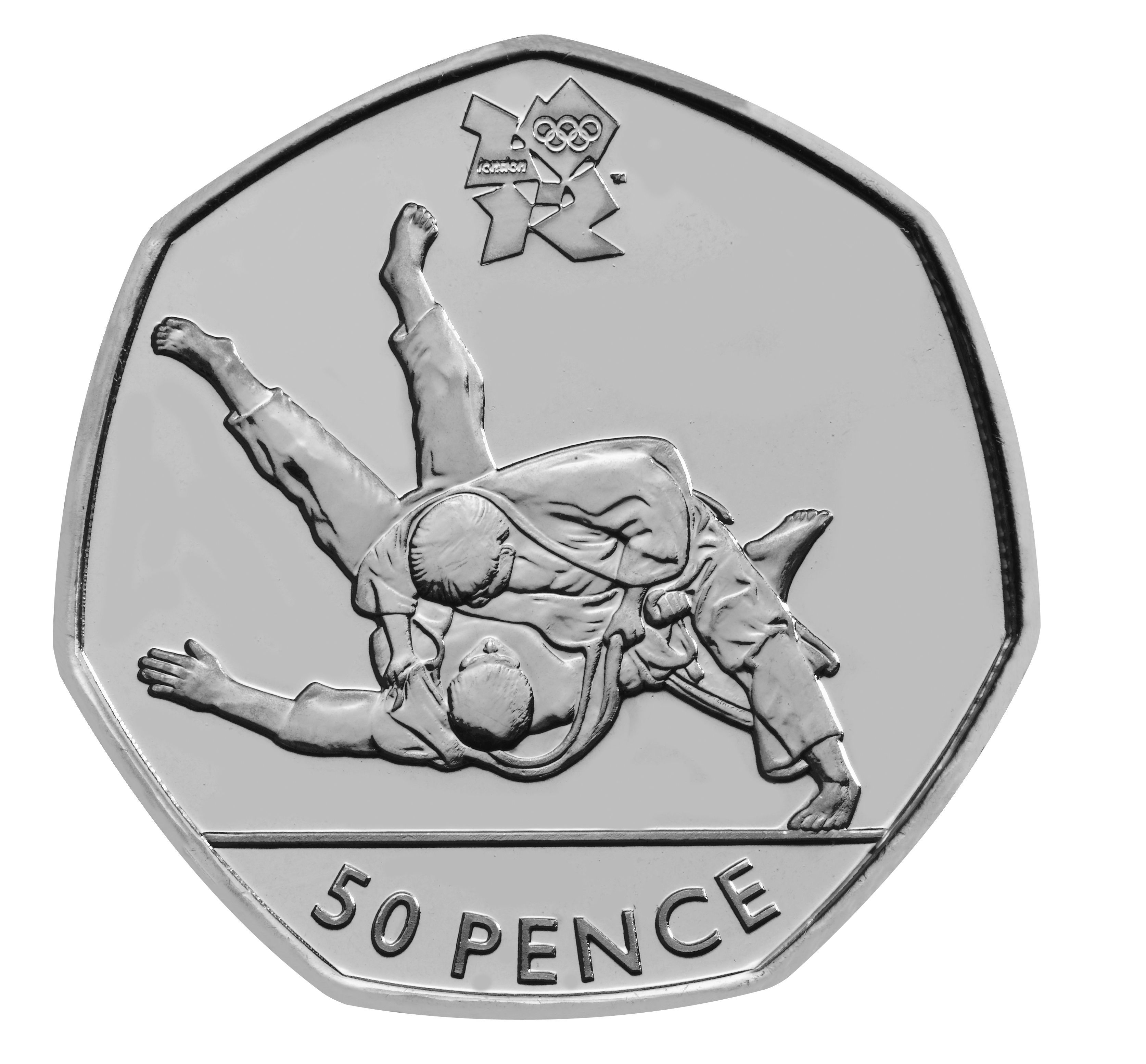 Over 1.16 million of these Judo coins were put into circulation in 2011 to celebrate the London 2012 Olympic Games.

The coin shows two athletes locked in a judo fight, with one throwing their opponent to the floor.

If it's not in mint condition though, you'll need to point out the scratches in your listing to make sure you're clear with collectors as to what they're getting.

We spotted this one going for £13 on ebay. 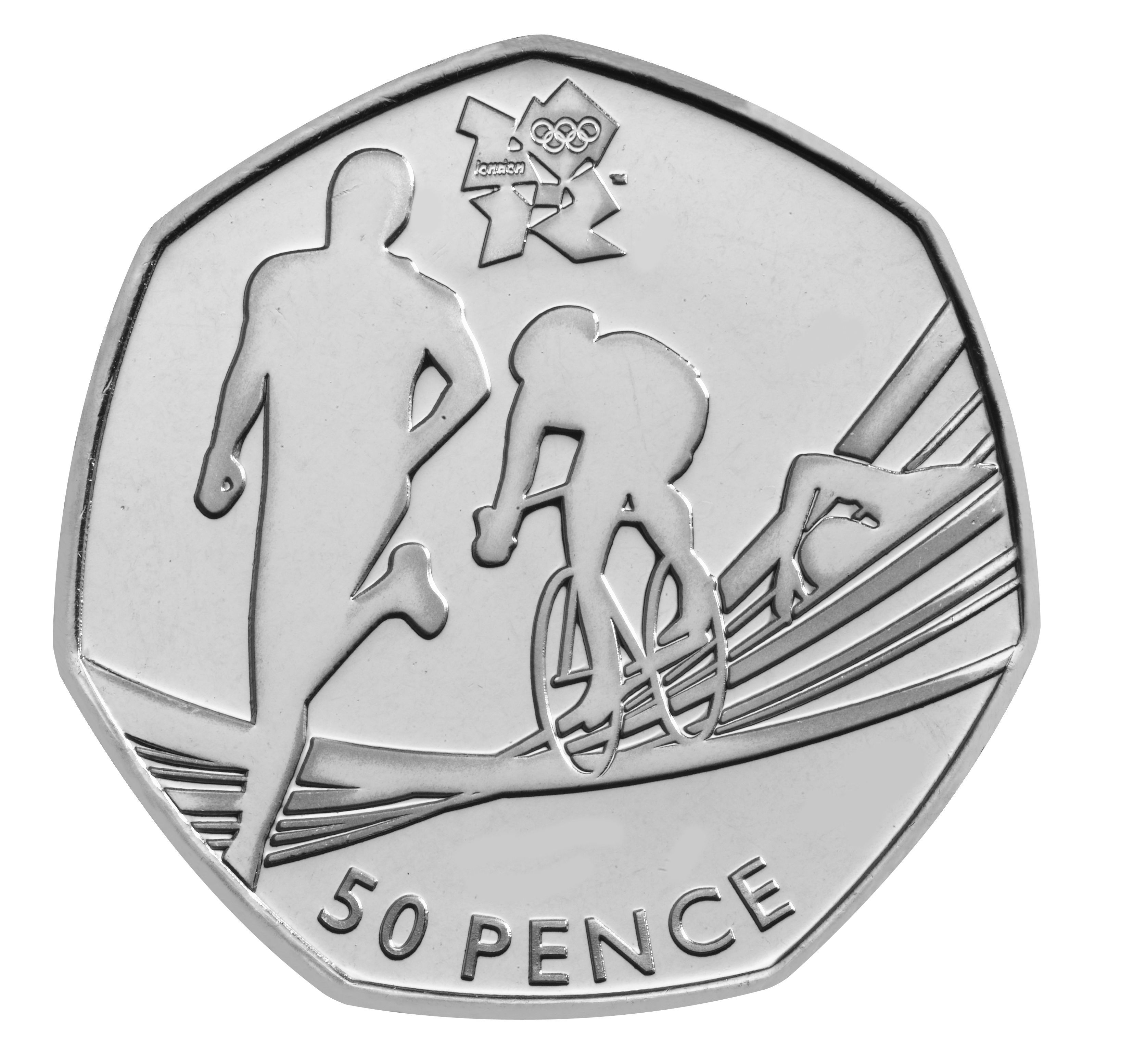 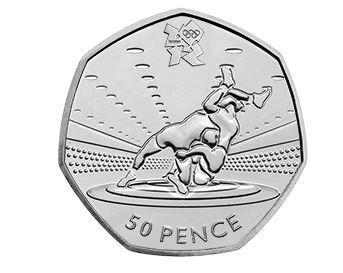 This 50p shows two athletes wrestling in front of a crowd, with one being thrown to the ground.

It is one of several Olympic themed 50p coins that are among the rarest. 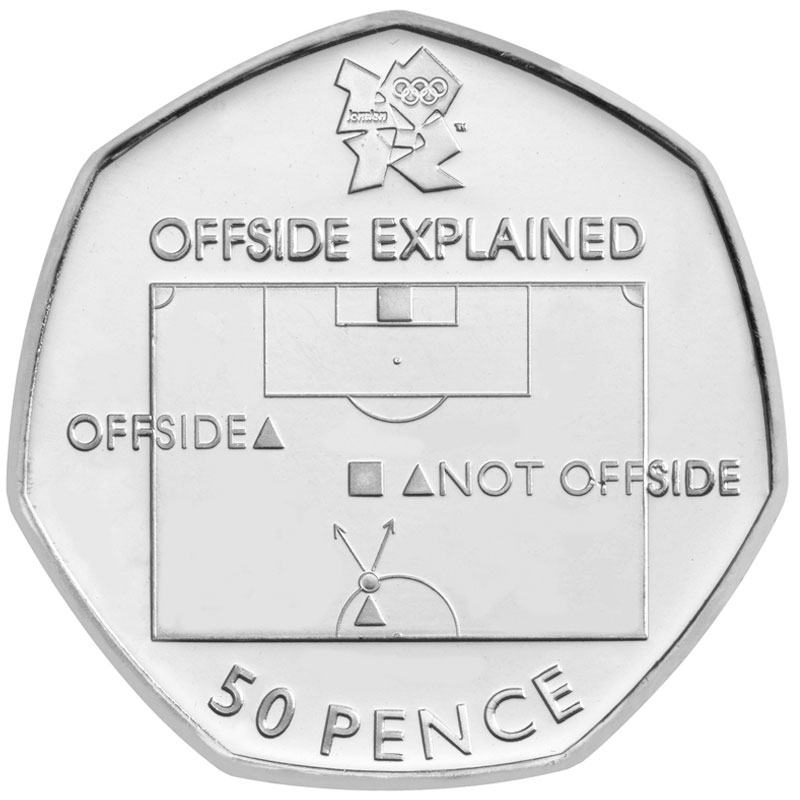 Another coin created to commemorate the Olympics of 2012 is among the rarest and this features an explanation of the offside rule.

There were just over one million put into circulation.

How much are other 50p coins worth?

Many coins can be worth much more when sold on eBay as part of a collection.

Although sometimes you'll get better individual prices if another collector needs your coin to complete their collection.

Other coins sought after by collectors include the Beatrix Potter 50p coins.

These tend to go for less than £10 each but the original 2016 Peter Rabbit coin did once sell for up to £840 on the auction website.

If you're looking to sell one today, you'd be lucky if you get that much.

One of the latest new 50p coins to be released features The Snowman – and it could be worth up to £174.

Need a little extra cash? You could be sitting on a fortune – if you’ve got a rare £1 coin hiding in your wallet.