Young people are thought of as having endless potential — new beginnings, new relationships, new opportunities, and all that. But being young is sorely overrated. Once you’re an adult, once you’re established, you’re confident, you (hopefully) have some capital, and you’re sure of yourself enough to tell the haters to keep hating. In The Fosters spinoff, Callie and Mariana on Good Trouble aren’t quite at that stage yet — they’re freshly graduated from college, and they’re finally on their own, together. But Callie and Mariana’s Good Trouble journey shows that finding your footing isn’t as easy as the movies make it out to be.

Callie and Mariana hit one roadblock after another as soon as they arrived in Los Angeles — Mariana parked their U-Haul in a yellow zone, so it got towed, and while it was in the impound lot, someone broke in and stole everything they owned. To top things off, the loft that Callie and Mariana will be living in is actually a communal living space, so they have to share a bathroom, kitchen, and other living spaces with a bunch of adorable beatniks. What could go wrong?

Mariana knew about this and Callie didn’t, which, if you watched The Fosters prior to Good Trouble, you know sounds about right. 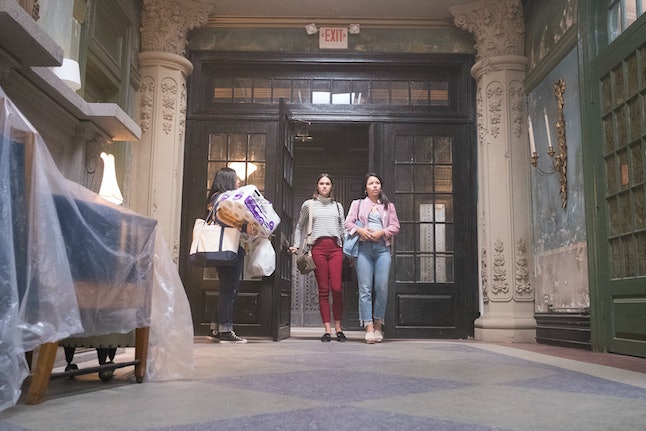 At their jobs, things don’t get much better — Mariana is immediately rejected by her male colleagues, even though she has the same credentials they do. She’s sexually harassed, and then the only other female engineer sets her up to be screamed at by HR. Why the sabotage? I’m sure we’ll find out. Callie has similar issues, minus the outright sexism — her colleagues are ambitious and think they’re better than she is because she didn’t go to an Ivy League university, and the judge she’s clerking for dresses her down for her liberal leanings. Great first days all around, huh?

Callie and Mariana’s no-good, very-bad first weeks are dramatic, but those feelings of hopelessness and confusion so evident in the two women are universal in the twenty-something experience. It’s hard to graduate college thinking you know it all only to have the world swoop in and kick you in the behind. And, because you feel so incompetent, it’s really hard to stand up for yourself without being afraid (or not caring about) the repercussions. 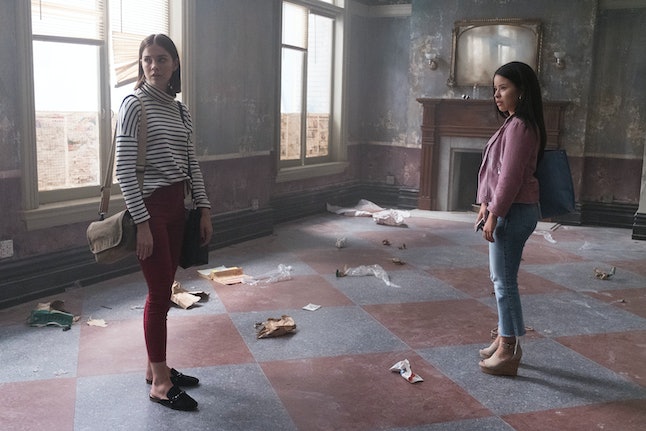 Callie and Mariana eventually gain footing in their roles, but they’ll stumble first. Mariana changes the way she looks so the men on her team will take her seriously. This is a mistake, because with men like that, you can’t give them an inch — they will take a mile to keep you in your lane. Callie’s judge tries to break her, and she almost gets fired. Both Callie and Mariana will have to figure out how much they can be pushed before pushing back, and that’s part of the growing experience.

Eventually, they will become confident in their voices and selves, and they will be able to navigate the trickier situations that come with adult living (not that adults have all the answers, but perhaps we’re better at faking it). Until then, Good Trouble is a good reminder of all of the growing Callie and Mariana have to do and all that the older members of the audience have done.