Miles and Flora Wingrave had a rough go of it in Netflix’s The Haunting of Bly Manor. Their story was heartbreaking right from the start: their parents died when they were young and their au pair died by apparent suicide.

They coped fine enough, all things considered, but they did display some puzzling behaviors that worried the employees of Bly Manor. What the staff didn’t know about the two siblings, however, was something far more unexpected and threatening.

[Spoiler alert: Spoilers ahead for The Haunting of Bly Manor]. 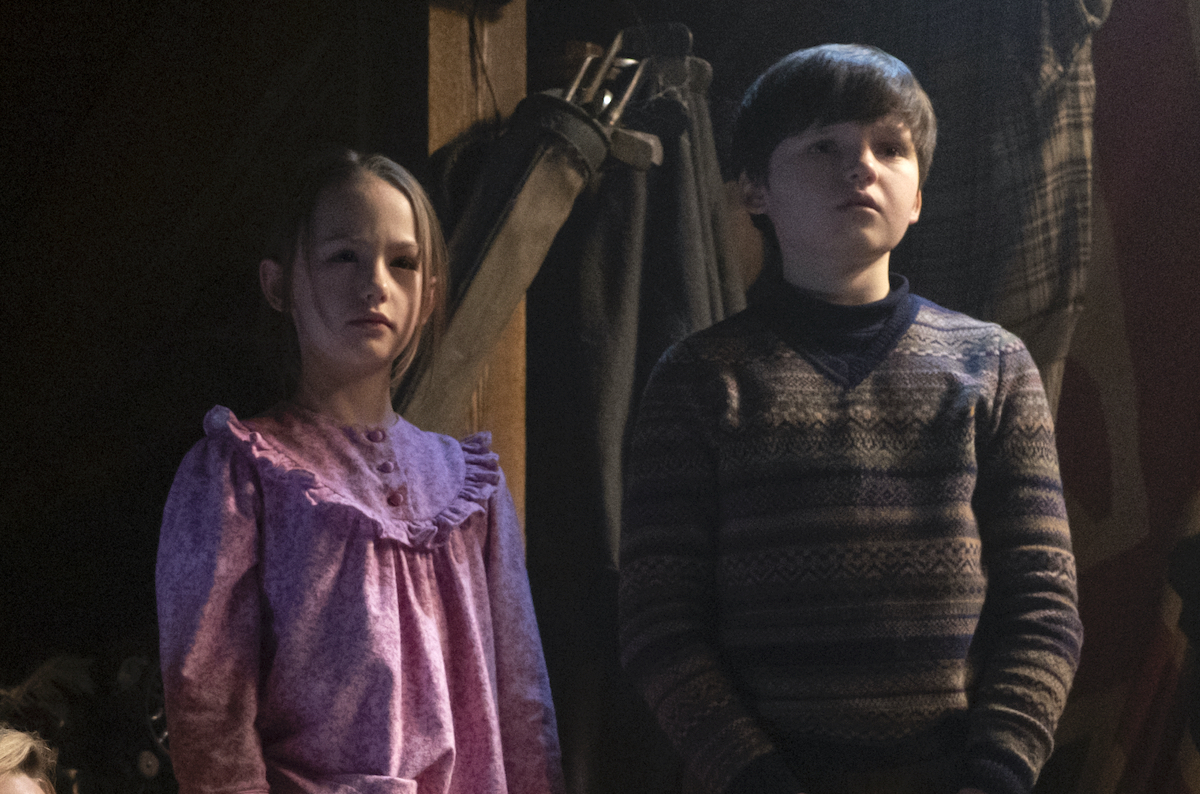 Miles and Flora Wingrave have been possessed by ghosts

Early on in the season, it became clear that Miles’ creepy and threatening behavior, and Flora’s blackouts, were happening because something was possessing them. But is being “tucked away” the same as dream hopping?

In Bly Manor, being “tucked away” is what happens when a ghost possesses you, and your consciousness gets left behind in your own memories. Viewers eventually learned that Miles was being possessed by Peter Quint, Henry Wingrave’s former valet, and Flora was being possessed by Rebecca Jessel, the au pair who seemingly killed herself after Peter, her lover, disappeared.

In actuality, Peter was killed by the Lady in the Lake, and then he killed Rebecca (!) by possessing and drowning her. He did this because, following his death, he learned that people who die on the grounds of Bly couldn’t leave. Their faces and memories would also fade the more time passed, and so he devised a plan to save his and Rebecca’s spirits. 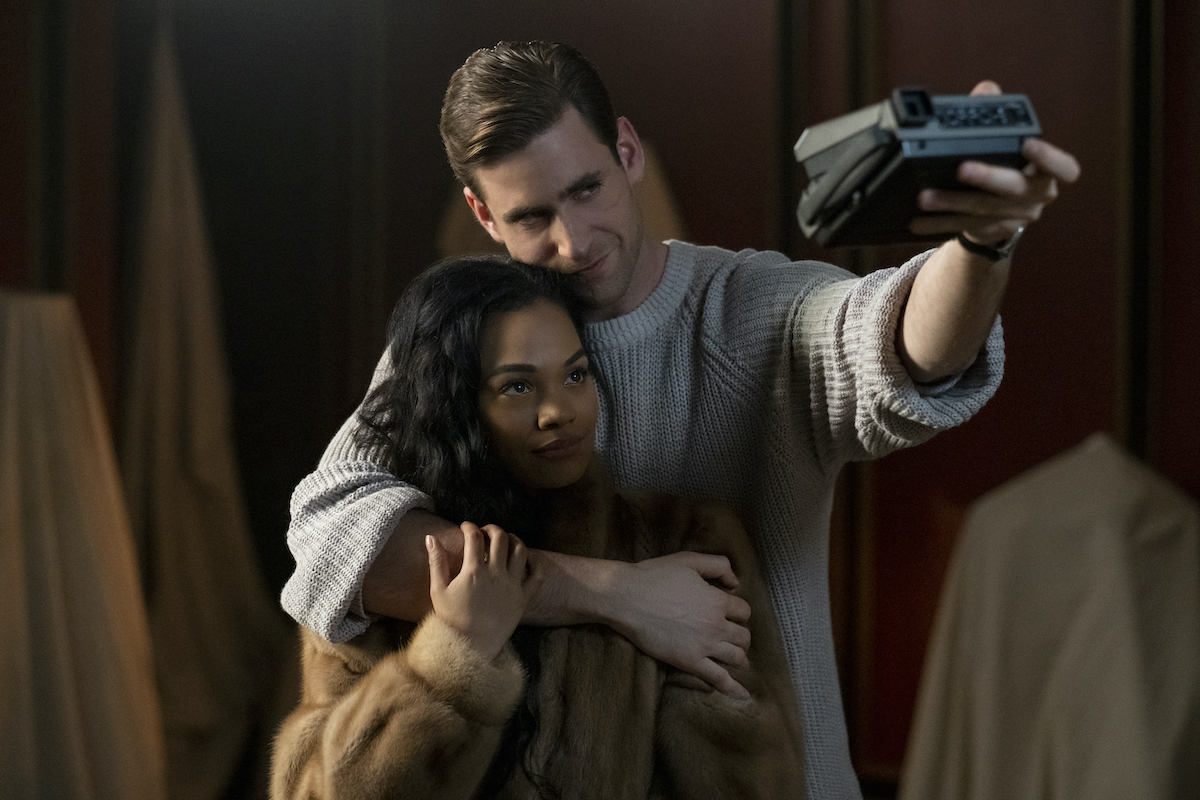 Only ghosts can dream hop at Bly Manor

They manipulated poor Miles and Flora into letting them take over their bodies and minds, resulting in the kids’ psyches to be left in past memories. Rebecca took part in tucking Flora away until she realized she couldn’t stand by Peter’s new plan: he wanted to convince the children to allow them to be possessed forever.

This would have involved the couple completely taking over Miles and Flora’s minds, effectively killing the children. Rebecca eventually thwarted Peter’s plan by allowing Flora to regain consciousness. 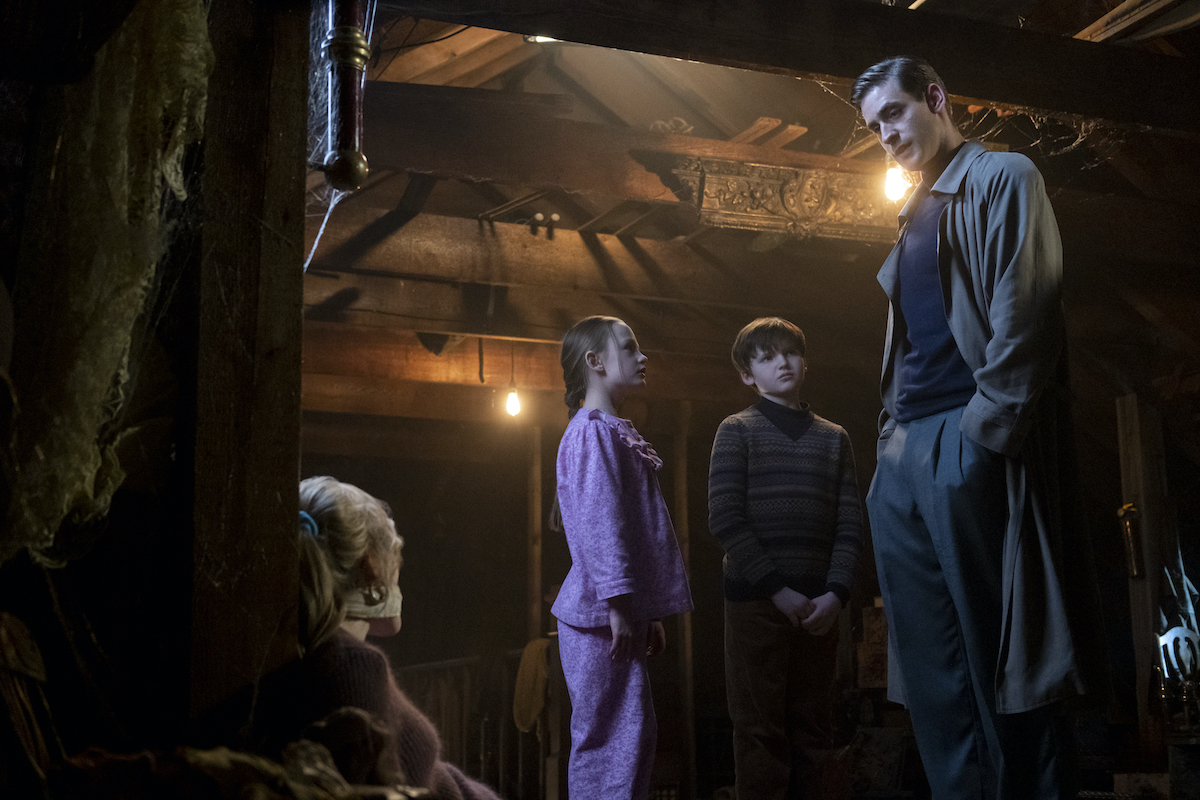 Miles and Flora can dream hop when a ghost possess them

Long story short, no. Flora and Miles cannot dream hop on a loop like the ghosts of Bly Manor. But they (and anyone possessed by a Bly spirit) can be left behind in old memories when a ghost inhabits their bodies. Peter and Rebecca mistakenly believed they might be able to leave Bly if a living person invited them into their minds (hence the “it’s you, it’s me, it’s us” line), but only the Lady in the Lake, Viola Willoughby, is capable of leaving Bly in this way.

As Episode 8 explained, the curse upon Bly Manor was actually its own gravitational pull created by Viola. She was such a strong spirit, both in life and in death, that her sheer determination to stay present at the manor created her own gravity that kept anyone who died at Bly, at Bly. Because their spirits couldn’t pass on, their faces and memories eventually faded away. It was a fate Peter and Rebecca desperately wanted to avoid, but the only thing that saved them (and literally everyone else) was Dani inviting Viola to inhabit her. When that happened, all the other spirits were able to pass on.

Dani was able to live 13 more years with Viola tucked away within her (a life she lived with her girlfriend, Jamie), but she eventually went back to Bly to die. When that happened, the gravitational pull was lifted, and no one else who died at Bly was trapped. And Miles and Flora, whose lives and minds were once consumed by the dream-hopping ghosts of Bly Manor, couldn’t remember any of the haunting events.

Many people can’t understand why anyone would go on TV hoping to find the love of their life. What hope, then, do they have of…

CASUALTY will not be airing tonight (October 16, 2021) – with its usual 9.30pm going to Mrs Brown's Boys. The popular hospital drama will be…

Sign up for Daily Star Hot Topics newsletter for the most exciting real life, fashion and sex tips HOT off the press A Greggs employee…