Remember when a married woman needed her husband's permission in order to be issued a passport? Amazingly, this was the law until 1983!

Some 36 years later, the wanderlust landscape is barely recognisable. Not only are women heading further afield to exotic locations, one of the biggest travel trends is the rise (and rise) of female-only expeditions and tours. 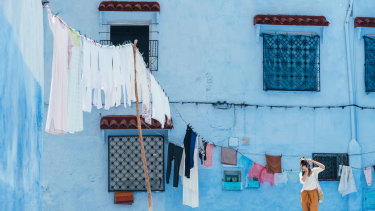 “Obviously, the benefits of travel are endless – it broadens your horizons and you become more adaptable, more open to other ways of thinking and accepting of other people’s culture.”Credit:Stocksy

"At Intrepid Travel, we've seen a 31 per cent increase in women heading off alone over the past two years," says CEO James Thornton. "This year, we'll see more women travel as a way to empower themselves, going to places beyond their comfort zones and achieving goals like climbing Mount Kilimanjaro."

And sometimes, the trip not only empowers them, it changes their life.

'I travelled to Bangkok and found the love of my life'

Jo Castro, 60, founder of Lifestyle Fifty, met the man who would become her husband during a trip to Thailand more than 30 years ago. 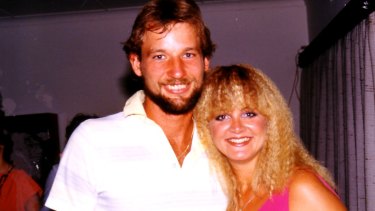 Jo Castro and her husband Dave.

Overseas travel was never a big part of my childhood, but at the age of 24, I decided to embark on a solo trip from England to visit my sister in Australia. I arrived with $30 in my pocket, but soon found something valuable: a sense of curiosity about the countries neighbouring Australia. When I saw an ad for a three-week backpacking tour through Asia, I signed up immediately.

I first met Dave in a Bangkok hotel during the tour. We started talking and he mumbled that he was a geologist but I heard archaeologist and thought, "Hmm, a little boring." As we continued our conversations, I was to find out Dave was neither an archaeologist, nor boring. In fact, not only was he incredibly good-looking, he was charismatic and kind. I was hooked and five years later we got married in Durban, South Africa, where he was working at the time.

Over the past three decades, Dave and I have lived in 11 countries, from Nepal and Namibia to the Philippines and Hong Kong, but I'm hoping Australia, where we moved back to in 2009, will be our forever home.

Obviously, the benefits of travel are endless – it broadens your horizons and you become more adaptable, more open to other ways of thinking and accepting of other people's cultures. Our kids are now 29 and 27 but, on account of Dave's job, they grew up as citizens of the world, rather than citizens of a particular country.

The downsides? It can also be heartbreaking. You miss events like birthdays and weddings and keeping up long-distance relationships can be hard – and expensive.

I was working as a freelance writer before I met Dave, and it's a career I still enjoy. But today I also work on my blog, Lifestyle Fifty, which aims to help other women look good, feel good, do good and travel more as they age.

I'm offered a fair few travel opportunities through the blog. I've enjoyed a world cruise which took in 37 different destinations, experienced a coach trip around Europe and, most recently, had an amazing adventure in Sarawak that included volunteering at an orang-utan sanctuary.

I'm often asked about my favourite place in the world and it's Australia, every time. I love the fair-go attitude we have here, the mateship and the wide-open spaces. It really is a world within a beautiful country and I really respond to that. We should all take more time to appreciate it."

'Travelling was the inspiration I needed to start my own business'

Judith Treanor, 48, launched her online business Temples and Markets in 2015 after visiting Cambodia.

When I think back to the first time I travelled through Asia, I have a very clear vision. It's of me, hovering above a hole in the ground – a toilet – in a Chinese village and thinking, "Wow, if only Mum could see me now!"

Up until that trip, I'd lived a very English life. But while I was going through the motions of the rat race in London, I felt a calling to explore somewhere completely different. 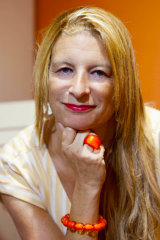 Travelling through Thailand, Cambodia, Vietnam and Laos awoke something within me – I fell in love with the colour, the serenity and the people, and knew I'd come back to see more. And while I had settling in Australia in the back of my mind, I don't think I could ever have imagined the role south-east Asia would play in my future.

I've always had an entrepreneurial spirit and I've played my hand in various roles over the years, from buying and merchandising in department stores and working in advertising to running my own management consultancy when my son, who's now 14, was born.

But when my son turned two, I was diagnosed with breast cancer and everything changed. As I was undergoing surgery and radiotherapy, I realised I wanted a life that was positive and fulfilled. It was time to do something for myself.

I was walking around the stores of Siem Reap in 2015 when I happened on the idea that was to change the course of my life. Walking into a store, I became mesmerised by the most beautiful jewellery made using red, white and brown seeds, and the owner had the most wonderful story about employing local women to help them climb out of hardship. Even as we were speaking, the idea was sparking in the back of my mind – an online store where you could not only buy these gorgeous products from far-flung corners of the world, but also learn the stories of the people who make them.

Once I made up my mind to go for it, Temples and Markets evolved quickly. Travelling frequently through the region, I sourced – and continue to source – sustainable and recycled materials such as wallets made of tyre inner-tubing, jewellery from melted bullet casings, and bags made from recycled fishing nets. I collaborate with social enterprises working with local artisans who come from very little.

Focusing on a business that has a positive impact on communities I adore makes me happy and drives me to keep building. Passion is obviously winning out; we saw a 48 per cent increase in business last year and I'm receiving a lot more international orders these days.

Sometimes I wonder what life would have been like had I not travelled, if I'd stayed within the life I was born into. Perhaps I'd be doing the standard two weeks each year in the Mediterranean and awaiting the results of Brexit. Who knows? Thank goodness I'm not – this is much more exciting!

Donna Duggan, 44, director of Maasai Wanderings, was so enthralled by Tanzania she moved there permanently. 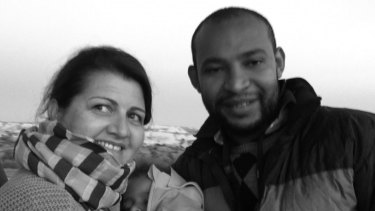 I felt an excitement about arriving in Tanzania that's difficult to articulate. Having taken off in 1993 on what was supposed to be a gap year after high school, I'd endured two years of grey London skies before embarking on an adventure through Africa.

Needless to say, Tanzania was quite a contrast – even though locals were clearly poor, it was open arms from the get-go. I was smitten. My gap year soon turned into six. But in 1999, I finally returned home to complete a nursing degree. My parents were probably relieved, but I had no intention of staying in Brisbane.

After finishing my degree, I saved enough to buy vaccinations and birthing kits and headed back to Tanzania in 2004 to work in a clinic. I thought I was the happiest I'd ever been – and then I met Naseeb.

With his warm, gregarious manner, everyone in the town of Moshi knew Nas. It didn't take us long to fall in love but then we realised one of us would have to move countries. Such a move would have been harder for Nas, so I went back to Australia, sold my car and put my apartment up for lease.

Maasai Wanderings evolved organically. I'd become disheartened by local nursing procedures and we figured that between Nas's local knowledge and my Western efficiency, we could start a safari business. We purchased a stack of tents and sleeping bags and the business grew and grew.

In 2006, I was working from an internet cafe when Nas came in, saying he had a lady on the phone from the council office and did we want to get married right now? On the forms there was a box to tick for one wife, and another for several wives. I said, 'Man, you'd better tick the right box!'

I was weeks away from giving birth to our son. We had our second child, a daughter, six years later in 2012.

Nas and I were in the process of expanding the business when the plane he was on went down in 2017. Torn apart by grief, in the first few days after he died my initial instinct was to flee back to Australia. As time wore on, however, I realised not only did I have over 200 staff relying on me, and two young children who have only called Tanzania home, I had Nas's voice in my ear, telling me to keep pursuing the dreams we shared.

Fourteen months after his death, the kids are in school in Brisbane and I'm shuffling back and forth between both countries. Yes, it's hectic, but I feel like Nas passed away when we were only halfway through our story. I'm driven to make him proud.

This article appears in Sunday Life magazine within the Sun-Herald and the Sunday Age on sale February 24.